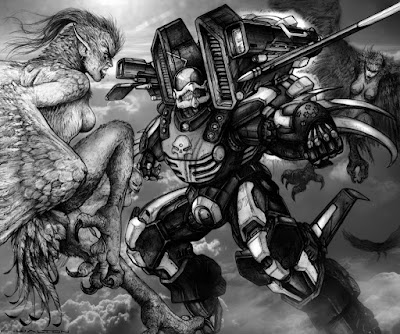 I doubt he was thinking of the Rifts when he wrote it but Jeff Rients has written something that fits it perfectly. The Why Did You Become An Adventurer Table . If you're stuck for an idea take a look.

Revisiting a Classic - Star Trek II on the Big Screen 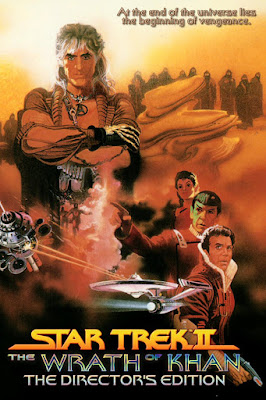 Cinemark has been running their "Classics" series for a few years now and we've caught a few of them before. Recently they were previewing the latest round which included American Graffiti and Godfather I & II but the standout star to me was ... Star Trek II!

Of course we had to go so I checked with the rest of the family and Apprentices Blaster and Who ended up going with me Wednesday night.

My report: It was awesome! 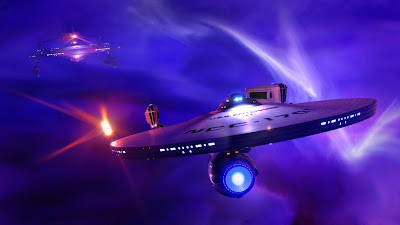 Keep in mind this is the movie that rivals Star Wars for "most seen film of all time" for me. I saw it in the theater in 1982. It was one of the few movies I bought on VHS when I still lived with my parents. A friend of mine had it on laser disc and we watched it roughly weekly for a couple of years so I have seen it at least 100 times (which is ridiculous, I admit) and it got to where we knew the lines so well that in my group of friends one of us could just drop a line from anywhere in the movie and the rest could take it up instantaneously and run with the scene. It was the first Trek movie DVD I bought and I've probably watched it once a year since then. I just really like it and never seem to get tired of it.

Now even with watching it all of those times most of them were done on a small (by current standards) tube TV with mediocre sound. I saw it on the big screen in 1982 and now I've finally seen it on a big screen again in 2016 and let me tell you - it does make a difference. 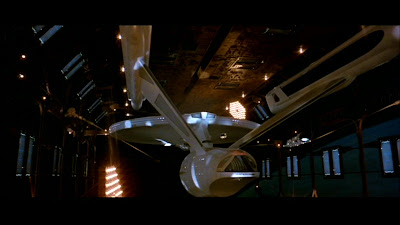 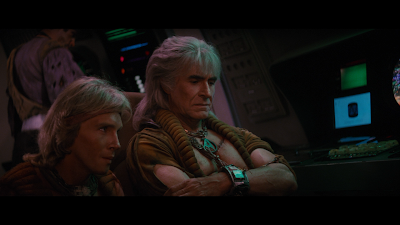 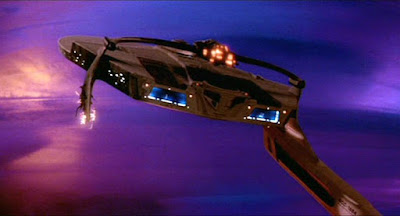 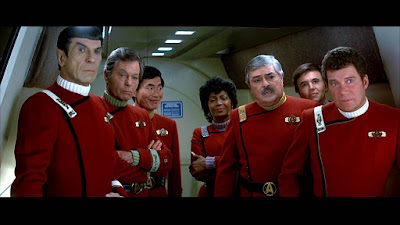 It's just a great movie and great movies are worth seeing on a big screen with big sound. The Enterprise crew seems to actually like each other in this one. Saavick is a nice addition to the old crew (if only Kirstie Alley had stayed with them for the rest!) Khan is a great villain with understandable motivations and understandable flaws. The literary references (Tale of Two Cities and Moby Dick) are on point and not over done by beating you over the head with them. The parallels between Spock and Saavik, Kirk and his son, and Khan and his first mate are nicely and subtly done. It has a great mix of action and character development.

If you're wondering the "Director's Cut" is the one with Scotty's nephew scenes included. There's nothing new included here and no other remastering or updating that I could see.

It was fun to see an old friend in a "new" way. Again. For the first time. It was fun to take the apprentices too as while they've seen it on the TV they'e never seen it "at the movie" and they both admitted it made a difference. Also, with both of them being band kids, the music made a strong impression on them as well. I was really happy that a theater chain is doing something like this and giving us a chance to both relive these kinds of moments and to share them with our kids.

Well this week's Kickstarter is for a second edition of Scion, once from White Wolf, now from Onyx Path. I'm a little interested as I always liked the concept, but I never bought it as it was another White Wolf game and I've never really liked the mechanics in those games. I'm a little more open minded these days so this one is on the "maybe" list.

Note about me and White Wolf: When Vampire came out we were heavily into the still-new D&D 2E and still having fun with Hero, GURPS, Mechwarrior, Rifts, Shadowrun and some other end-of-the-80's/ start-of-the-90's games. Playing a Vampire? Could be cool. Everyone playing a Vampire? Not nearly as cool. They always seemed to promote the game as playing all of the same kind of being even after they had 4-5 options. The all-dwarf party in D&D is something you never see - why play an all-werewolf party when we could have a wolf, a pair of vampires, a mummy, and a "created" - that seems like a lot more fun!

They had the branching off of Adventure/Aberrant/Trinity which I wanted to like but could not. The setting had potential but the mechanics were just too blah. We're going to give up Champions for this? No!

Scion came out roughly 10 years ago and I liked what I read but not enough to dive into the game. No one else I knew jumped on it so it just floated out there as one of those "maybe someday" games. 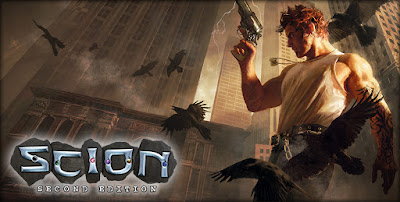 Looks like they're changing up the mechanics for the better. The concept and setting seems to be the same.

The biggest difference now is that with the Apprentices I think I could pitch this as "Percy Jackson the RPG" and get some instant buy-in.  That means we would make some time to play and that makes it worth considering.

Bonus content
How I would run a traditional World of Darkness campaign: Hey, you want to play a bunch of vampires secretly running the city? We need something like Reign  to handle the various organizations/power groups. Heck, we could use the ole Illuminati card game to track this. Now we have a framework for something besides superpowered fist fights. Should be fun.
Posted by Blacksteel at 12:00 PM No comments:

Campaign Thinkin's and the "Tour of RPG's" 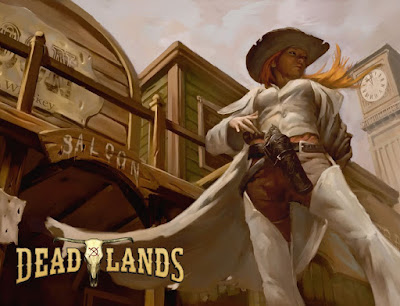 The Deadlands kickstarters had me looking back at my Pinnacle Downloads page and my Deadlands folder here and I have a really large amount of material for that game. From maps to one-shot adventures to full-blown campaigns I have a lot of good stuff to work with in the game. That's not counting a step back into the original edition, that's just Reloaded. If they put out as much supplementary material for Good Intentions as they did for Stone and a Hard Place I will be swimming in PDFs. It's a good problem to have.

Good material begs to be played. I have an irregular game of Deadlands with two of the Apprentices when they're available and it's a lot of fun but going back through this stuff makes me wish I had a regular group blasting through this stuff. 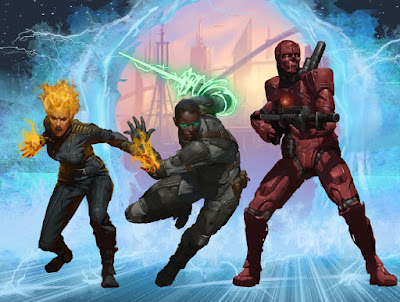 Naturally this also had me looking over the Savage Rifts material as well and since the Kickstarter ended there has been a lot of material pushed out for it as well. My players are already asking when we're going to play it. I'm going to try and work in  a one-shot or short adventure soon, hopefully this month, and see how it plays. If it goes well I expect it to be fighting for a slot next to Pathfinder and the Superhero game I keep promising myself we will run. Again, it's a good problem to have.

This is not a new problem. At one point years ago I threatened to run the "Tour of RPG's" for a year: We would play a different RPG every month. I would schedule up to 3 sessions each month:

This would let us get our feet wet and do a little more than a one-off with each game. Right now I think I would propose ten games and keep two months for a Bonus Round with two of the games we liked best. 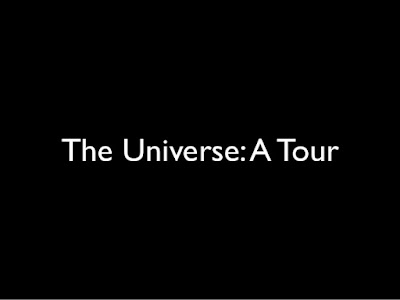 There is of course the question of "which ten games?" but that's a fun question, not a bad one. Heck, I could probably run ten different Savage Worlds games and have a pretty good year.:


That's with just a glance at my folder -  there are additional options. I have one-shots for almost all of those which would easily be playable in a night so we could get in 3 small adventures at least, maybe more. I'll take breadth over depth if that's a better choice for my group.

The more I look at this list the more I like the idea. I wonder if I could set a once-a-month session to do this just for a one-off without disrupting our ongoing Pathfinder game? Hmmm, have to see.

My other choices for a once-a-month thing like this would be ICONS or Marvel Heroic - minimal prep and a system that's fairly easy to grasp in play would make this easier. "A Year in the Marvel Universe" or "Atomic City 2017" would make a nice campaign framework or this kind of thing. Genre-jumping with Savage Worlds or going all-superheroes would both make it easier to handle player comings and goings than the usual serial campaign approach.

Rebels Season 3 started up over the weekend ... 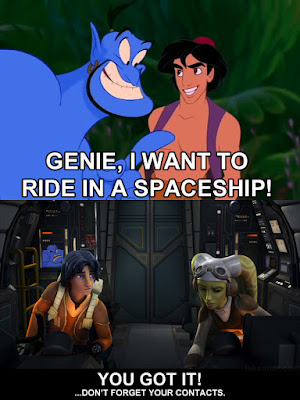 I'm a little disappointed in the internet - there just aren't very many Rebels memes out there.