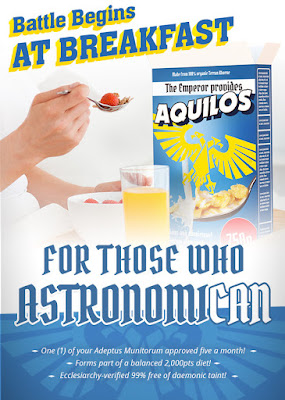 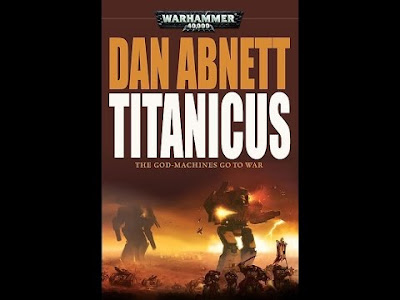 This is not a new book but I finally got around to reading it the past few weeks - so here are my thoughts ... 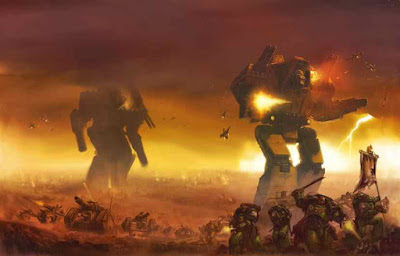 The Good:
The action is great and world-spanning. One minute it's a titan ripping down void shields and blowing a gun arm off of another titan, then it's Adeptus Mechanicus Skitarii ground troops rampaging in a ferocious melee, then it's a few scrappy Planetary Defense Force remnants retreating though a desert just trying to stay alive. It's strong and there are interesting characters put in interesting situations. I think my favorite is the head of one titan legion, centuries old and mostly artificial, trying to retain his identity as the imprint of all the past Princeps of his titan (10,000 years worth) and the titan itself threaten to absorb his personality into their own. It's an interesting struggle as he forgets names and has flashbacks to prior battles while in the middle of leading the current campaign. The view of the "bridge crew" operating each titan is interesting to explore and does get significant time in the novel.

The Not-As-Good:
It's a 600 page novel and there are a lot of plot threads and a lot of characters. Some of them fade out part way through the story and have little to no resolution or pay off. One character that gets a fair amount of first-person time early on ends up being killed off-screen in sort of a throwaway resolution late in the book. A major political/religious schism gets resolved incredibly neatly. One minor character keeps showing up, does nothing but wonder what's going on, and by the end of the book I was wondering why he was included at all.

It feels like the book was written in chunks, likely with significant gaps in between some of those chunks. Some plotlines are totally coherent and satisfying, many of them come together nicely at the climax, but some of them just wander, to no conclusion or to what feels like a rushed conclusion. Not enough to derail my enjoyment of the book but it's not 100% satisfying in the end.

Wrapping Up:
So, it was a good, interesting, and mostly satisfying read. It's a good 40k yarn. Another note: here's a 40K battle action story with no marines! So if you're looking for a fight without the Adeptus Astartes  jumping in to save the day here's a good candidate for you. It's not the best ever 40k novel and it's not Abnett's best work but it is pretty good and enough to keep me entertained for a few days.
Posted by Blacksteel at 12:00 PM 2 comments: