Frostgrave as an RPG Campaign? 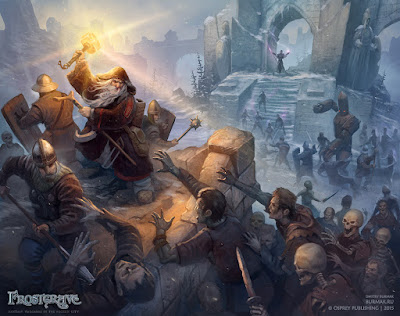 I wrote about Frostgrave almost a year ago and while we have not done much with it I still think about it from time to time. You can see that post for a summary of what it is but the short version is an ancient city suddenly frozen in ice in a magical disaster is slowly thawing, drawing in adventurers (particularly wizards) and looters and thieves and bandits. The main game book is concerned with exploring the ruined city itself but subsequent books have covered the undercity, the barbarian tribes outside the city, and the resurgence of a specific villain in "Thaw of the Lich lord".

You see what they're doing here right? They publishing a lightly-disguised long-term regional RPG campaign. We have the ruined city, the dungeons of the city, the dangerous parts of outside the city, and a campaign adventure to kick things off!

I mean sure, it's sold as a miniatures game but it has all of the background info and general area info you need. There are no big maps of the city or the area so you're free to work up or adapt one that you like, but it is a specific, interesting scenario with a designated state (mostly ruined) and a climate that's not generic (cold and frosty). It's post-apocalyptic in a sense in that there is no organized government so you're free to act as you wish. Monsters are described and I would summarize it as constructs, elementals, demons, undead, and animal types, plus hostile humans. It's not generic "broken city full of orcs or goblins". It's at that just-right level of detail where you have enough to build something with the intended flavor but not so much that you're tripping over it. You don;t have to worry about getting the street name wrong, for example.

It's a little weird because maps are one of those things that get my wheels turning. This set of books really doesn't have any. The concept really appeals to me though in spite of this. I suspect it's the ruined city thing that pulls me in - that's probably my favorite adventuring environment. From Dwellers of the Forbidden City, to Phlan, to Neverwinter, to Ruins of Intrigue, to a whole lot of Gamma World that's one of the instant interest hot buttons for me. I posted about it years ago here and none of that has changed for me.  I've even been looking at Big Rubble for a potential Runequest game so it really is a constant thing. 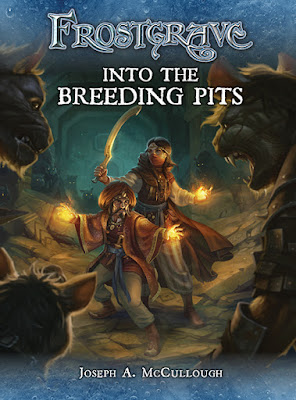 So I really like the idea and could probably have a ton of fun with it with an intermittent miniatures campaign, but if I really like it that much why not go a little further? Instead of each player running a warband why not have each player as part of the same warband? Co-op instead of PvP? It narrows the focus and let's you dig in that much deeper. It probably doesn't help that I am readin "Playing at the World" at this same time and that whole evolution of wargames and miniatures into RPGs is covered in great depth there. this feels like something we could recreate in our own way.

Inevitably you have to look at rules. "What would you run it in?" someone asks. Not sure yet.

RQ is interesting but I don't know that it would be a great fit for a direct translation. There's a little more magic in Frostgrave - items, locations, spells - and RQ doesn't focus on that quite as much.  The un-freezing ruined city full of danger and magic though ... that does tie in to the whole quest for Runes and things. I think it could be done but the flavor would be a little different.

Dungeon Crawl Classics is another option and would be more mechanically interesting than some games. The monsters and magic fit just fine. DCC has its own flavor too though and while it definitely fits I'm still torn on whether it is the best fit. Maybe the party starts off as zero-level nobodies working for a wizard, then gradually move up the level chain.

5th Edition? Well yeah, and it even has the same 20-level progression. I had not thought about it much before working on this post but it would be a new setting for the new game. The different types of wizard would fit well within the assumptions of the setting.

Basic/Labyrinth Lord/Swords and Wizardry/Some other retroclone ish type game would all work pretty damn well here too. Let's see you're a band of people searching a ruin for loot and magic. The whole setting is basically a return to the birth of D&D!

I think 4th Edition could certainly do it. The emphasis on miniatures combat and the more structured approach to monsters and magic items fits in with the actual Frostgrave game mechanics pretty well. The problem is that I already have a stack of ten thing's I'd like to do with 4E. I'd rather make this something else.

It's not a bad idea for a Pathfinder campaign either but I'm on a break from PF so we won;t be doing it that way.

Last, one that I almost missed but that seems so obvious: Warhammer Fantasy Roleplay. Frostgrave is clearly related to Mordheim, so why not use the Old World and the associated rules for the whole thing? This might be one of the best concepts to get that game onto my table. 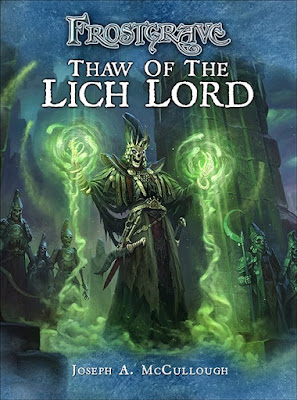 So there are seven options for rules that I think might work. What are the general traits I am interested in?


I'll post more as I dig farther into it. This is one option for the potential "fantasy campaign comeback" and I need to do some more work on it but it feels like it has a lot of potential to me.
Posted by Blacksteel at 12:00 PM 1 comment:

Running Mutants and Masterminds - Some Notes 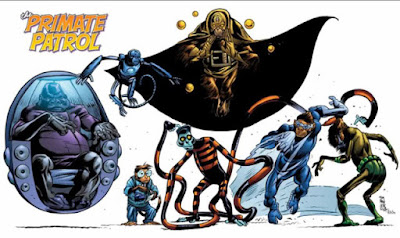 I've run a few sessions of both second and third edition over the last 15 months or so now and thought I would share some of my experiences, both good and bad, as far as actually running the game. 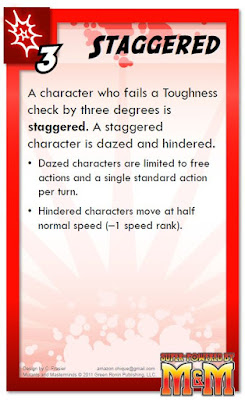 In search of ways to make the game run even easier I've been using HeroLab and its combat console and that does have the benefit of keeping all of the characters and their numbers and power descriptions right there at hand. The downside is that I have to make sure everyone is in HeroLab before I start. There is a pretty big batch of pre-made villains and minions and animals and robots and ninjas all in there which makes it even easier to bring new things in on the fly.

The only real problem is that I don't really like running it from the computer.

I mean, I've run Pathfinder this way for years and it works, but for M&M I feel like I'm spending more time looking at the screen than I am at the table and the players. I ran D&D 4E and all of its conditions and powers from paper, surely I could run this the same way?

It's very much a "feel" thing. I might even keep the laptop handy for reference purposes, but I'd like the default to be paper, not screen.

I think the key is something like condition cards, one of which is up higher on this page. Combat and powers tend to stick conditions on people and that's where some decent ways to track that you're at half movement, can only take a standard action, and are at a -2 for everything would help. I saw one idea for using color-coded poker chips for this and while I like it they would not tell you the mechanics of the condition directly.  I'm leaning towards some kind of tent cards with the condition name on one side and the details on the back as I think that covers everything in one go.

Anyway, more to come on this. I'll post pictures if I get something together that looks halfway decent.