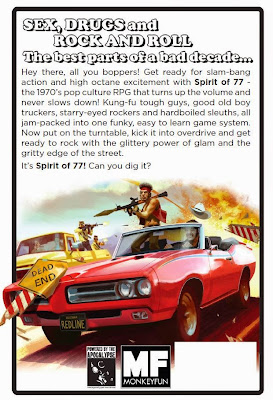 Things are settling down a bit so I thought it was time to catch up with some new arrivals. 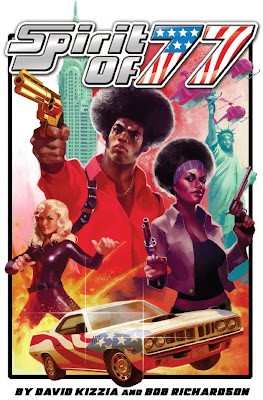 First the final PDF of Spirit of 77 came through last week - now to read it! I am looking forward to this and already have some thoughts on a limited series (noted here) that might even allow me to run it semi-regularly. Also: 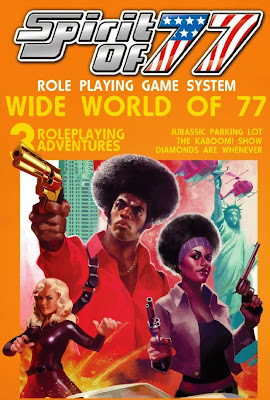 The supplementary material PDF came though too. man I love that cover!

Then today, some other stuff came: 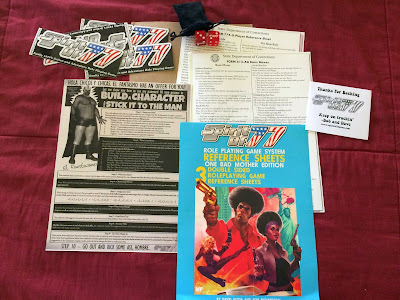 Like everything else about this game it's done with coolness and style and completely in the spirit of the theme. Just passing this stuff around the table will help set the mood bigtime. 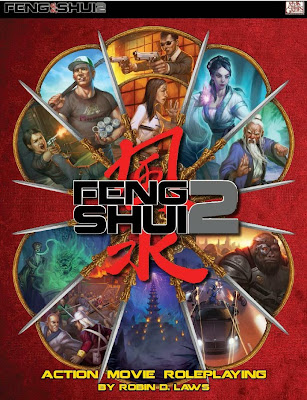 Now I've never been able to talk a group into playing FS but with a new edition, why not try again? I need to read it and brush up on the changes first but I think a one-shot is possible this summer. I usually pitch it as "the game you would use to run Big Trouble in Little China" and that should be enough to get that far at least.

A few weeks back I added this to the collection: 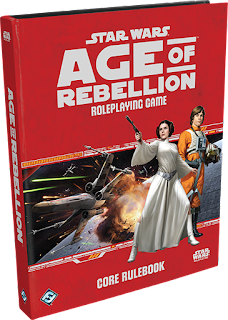 Partly because I'm in a Star Wars kind of mood what with the trailer and all, and partly because I want to see how FFG's funky dice based rules are really working. I liked d6 , I liked Saga, might as well give this a whirl, especially since the build-up to the next movie might finally push some of the crew over the top in wanting to play a Star Wars game. I picked up the starter set too so we have some pre-made characters and adventures to expedite things if we need them.

The main focus is still the Pathfinder campaign and given our limited time right now anything else is a bonus, but I suspect we will at least get in a try-out session with most of these before 2015 is over.
Posted by Blacksteel at 2:52 PM 2 comments: