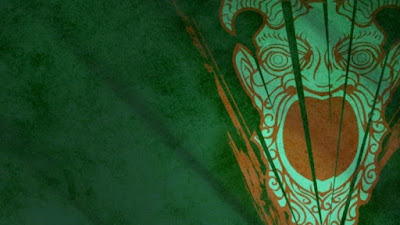 I've been looking for a certain type of D&D podcast for a long time. So many of them now are people playing D&D - I don't need a ton of those myself but they do seem to be increasingly popular. What I am looking for is a podcast about D&D - news, reviews, rules debates, ideas for different things to try in play or approaches to common problems. Even if I don't agree with all - or any - of them it's good to hear people discussing these kinds of things about the games I like.

We used to get this kind of thing in Dragon Magazine - in fact I'd say that was it's primary purpose, outside of being a promotional vehicle for D&D itself.

When the web became a thing we saw more of this kind of thing migrate to websites, then forums, and now a lot of it turns up in Facebook groups - which are just terrible for presenting anything other than the "right now" of a discussion or exploration.

Podcasts are an interesting mix of forum and social media. They are definitely a snapshot of he "right now" discussion but they are persistent in that one can go back and listen to them even if they occurred before you were interested in that particular topic.

This is the current state of things in say Warhammer 40,000 podcasts, or Age of Sigmar, or Kings of War etc. There are the news and reviews type podcasts which focus on the game itself and what's happening right now, then there are battle reports which are people actually playing the game. Two different approaches, both pretty popular, and often both are done by some of the same people. The discussion happens on a podcast while the batreps tend to happen in a YouTube video.

So why is it so  hard to get this for D&D these days? Why do we have so many "battle report/actual play" casts and so few shows about the game?

But the biggest RPG in the world has very few of them.


So while I do not know why they are so rare I have found 3 shows that pretty much cover what I am looking for. Heroes Rise, in particular, is pretty close to what I really want.

That said - there's always room for more, so if you know of one that fits into this category please pass it along.
Posted by Blacksteel at 12:00 PM No comments: