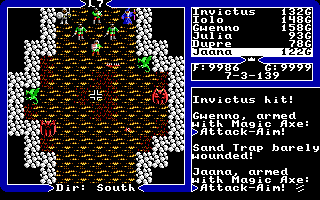 I didn't talk much about magic items in the earlier Ultima Campaign posts. They aren't really the focus of the games, especially the Avatar series, but they are a part of D&D so I think they should have a place in the campaign.

For the initial trilogy I think you could use standard 4E gear - see what the players are interested in and let that be your guide at low levels into the teens. For the final fight in U3 the party could discover an entirely new class of weapon called "Exotics" and so at Epic levles I'd say turn it loose -give them the most ridiculous overpowered gear you can find and then make them use it! Perhaps a custom set of artifacts - the Exotic Armor, the Exotic Shield, the Exotic Blade, and the Exotic Bow. They could even be variable form weapons, allowing the players to declare them to be whatever base type of weapon they prefer. It would be an interesting way to go. I might just keep it to the weapon aspect and drop the armor but give every character one. They would also be a good subject for a quest somewhere in the mid 20's as the party realizes they really need harder-hitting gear to fight through the incredibly powerful opponents they're facing now.

What would I make them? Probably a level-whatever +X weapon that deals Radiant and Either Fire, Cold, Lightning, or Acid damage, chosen as a free action by the wielder. Keep it to the classic elemental damage types and you should be good. Leave the Necrotic and Poison stuff to the bad guys. 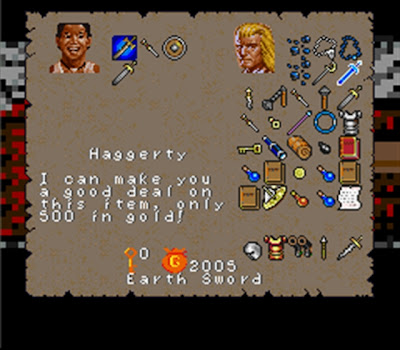 For the Avatar campaign I would consider placing armor in the shrines, 1 set each, to be discovered as the party locates each one. This means someone ends up wearing the Armor of Valor, someone has the Armor of Honor, someone has the Armor of Spirituality, etc. It might being a player into feeling a little more tied in to a particular Virtue. They could be themed for each class associated with it but I don't think that's essential - why not mix it up a little?

Similarly I might add in a weapon for each Virtue, probably buried at the bottom of the dungeon associated with each. If Dungeon Malice is known to hold the Sword of Compassion then it makes it that much more atractive for the players as a quest - there is a known, tangible reward within, beyond the usual XP's, magic and gold. In a bit of cross-inspiration I would give them names and unusual powers like an artifact and one possible source of inspiration is the Swords series by Fred Saberhagen, recently discussed by James M over at Grognardia. The Sword of Valor might be something like Shieldbreaker, the Sword of Compassion might be something like Townsaver, etc. There's plenty of room for debate on what characteristics would be appropriate for a weapon associated with each Virtue and frankly I probably wouldn't go much further unless I was planning out the campaign in anticipation of actually running it. There are other magic items in the later Ultimas that would be perfectly useable too. A little online research will turn up numerous interesting possibiliiies. 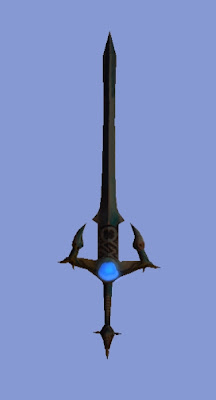 I saw this over the weekend and thought it was pretty cool. I have to wonder where it ended up or if it was even awarded back then. Pretty cool, although if it was driven much it probably looks a lot more like the Millennium Falcon now.
Posted by Blacksteel at 12:00 PM No comments: 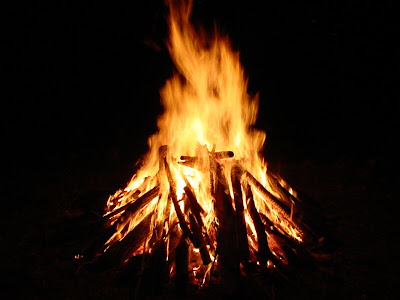 The way I run rest stops in 4E is pretty similar to the way I ran them in older editions. I used to run my campaign days in six four hour segments. I assume that two of those are spent traveling, one is spent finding and setting up camp, and three of them are spent resting in-camp. A group can spend four segments double-timing but that started getting into the fatigue rules in older editions and most parties avoided that. It hasn't come up in 4th but I would probably go with giving up a healing surge after one day, maybe allowing that to be avoided with an Endurance check, then making it progressively more dangerous if they kept it up. I'm sure there are rules for it under Atheltics or Endurance in the Rules Compendium and that's where I will look if it ever comes up.

An extended rest in 4E is 8 hours. Since a prudent party will put somone on watch overnight spending 12 hours stopped allows everyone to get some rest. This also means there are three watches. I have the players declare whether they are building a fire and who is on watch for each shift. If an encounter occurs I roll to see which shift gets lucky:1d6, 1-2 = 1st, 3-4 = 2nd, 5-6 = 3rd. In most adventures there are "safe places" to camp and "unsafe places" to camp. In my games safe places mean no encounters will happen, while in unsafe places it's about a 50-50 chance. Spiking a door doesn't affect the odds, it affects what happens if something does show up. Running a cold camp doesn't neccessarily change the odds, but it will affect what shows up.

I have several generic campsite maps for outdoor use and cave maps for random underground camping. I have the players position themselves on the map. Based on the shift some characters will be awake and some will not. Being awake means that character gets a perception roll to notice intruders - some are easier than others - and if they make it will be able to raise an aalrm and act in the first round. If they blow it, then they are surprised and will not be acting in the first round. Shouting is a free action once they do get to act, and combat allows a free perception roll to wake up anyway unless there is something like a silence spell on the camp. Waking up is automatic if a character is damaged and they get to roll initiative and join the fight next round. Theoretically a sleeping character could be coup-de-grace'd, but I've never done this to a character as there is rarely an opportunity to even try.

In second edition I had the same schedule and used relevant NWP's.

In AD&D and B/X D&D things were a little simpler. I use the same schedule and the same determination of timing. Surprise is a special case rolled on 1d6 with a 4-6 indicating the character is not surprised. Elves and Halflings get a +1, Thieves, Rangers and Barbarians get a +1, Familiars grant a +1, and certain spells and items may influence this role as well. I handle the wake-up roll with a 2+ on 1d6 indicating wakefulness.

Common sense does play a role here, regardless of edition. A silenced, invisible infiltrator moving into a campsite on a windy night is probably going to start the battle with a crippling strike on whoever they want to hit first. Drunken hill giants approaching through a forest may start the festivities at 100 yards. Beyond whatever number systems are in play I do have a category for "Zero Stealth" but I do try to give PC's a chance to notice something so I stay away from an absolute "Undetectable" category. 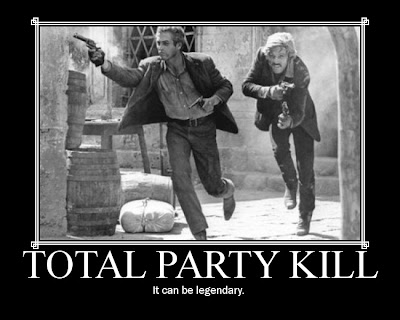 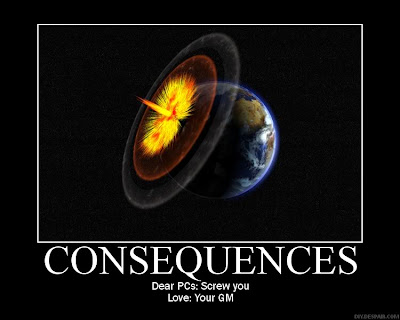