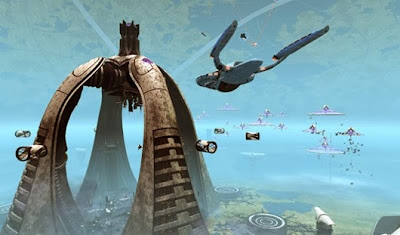 I mostly focus on tabletop games here but I do like to share the word on the occasional "other" game, and Star Trek Online is one of them. It has been around for over 4 years now, there is a ton of content and most of it feels very much like playing through an episode of Star Trek. The game saw its first expansion earlier this year, Legacy of Romulus, that added Romulans (and Remans) as a playable faction among quite a few other changes. The more typical updates are called "Seasons" and today Season 8 goes live. The trailer looks pretty good - here's a link to it.

Remember the game is free to play and unlike some online games you can jump in, make a character, and play through all of the content without paying a dime. There is not the constant in-game advertising that you see in some free games. Don't get me wrong, there are things you can buy - if you want to fly a triple-engined Galaxy-X class ship from "All Good Things" then you will have to part with some $$$. That said you can play through the entire game, levels 1-50, flying iconic ships (Mirandas and all of the Enterprise types from A-E among others) and do all of the available end game stuff at no cost. 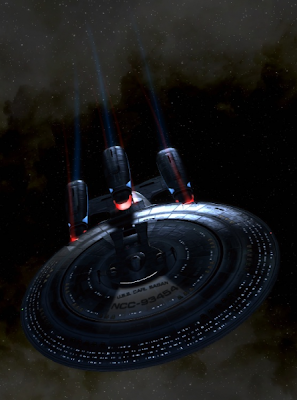 One warning: Space is very very pretty, even on a moderately powerful computer. It's also a lot of fun when you get into space combat. I find myself taking a lot of screenshots.

This is an interesting release. The lead in is a special mission that was released a few weeks ago featuring Worf, (voiced by Michael Dorn in-game!) that feels pretty authentically Trek to me and concerns Roumlans, Klingons, the Federation, an Iconian Gateway, and a bunch of somewhat obscure Trek lore that opens up a lot of options for the future. It's a fun mission and if you play it in the next few weeks you get a free ship out of it which is always cool. 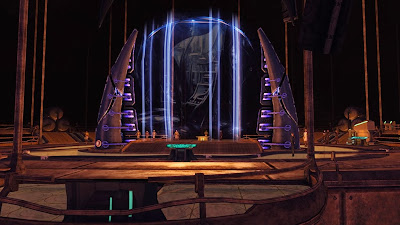 For new players, the Federation tutorial is all-new and starts you out at Star Fleet Academy which seems like a completely sensible idea. Early reports say it's good and I'l be trying it out like everyone else later this week. You can also begin as a Klingon or a Romulan and their tutorials were new with the expansion earlier this year and are a lot of fun too. This game does not have near the leveling grind that some MMORPG's do and before long you will find yourself at high level ready to take on some exotic threats. 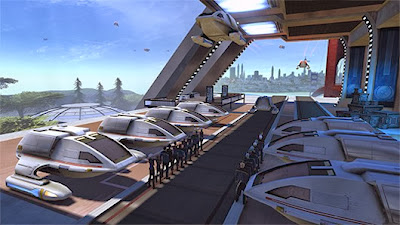 For existing players, the core of the activity is around a newly-discovered Dyson Sphere that is being taken over by the Voth. They're an obscure race from a Voyager episode that have something to do with dinosaurs  and so we get interesting alien tech, gigantic starships, and all kinds of interesting missions like fighting inside of an enemy starship (with your starship!) and flying around inside a Dyson Sphere. 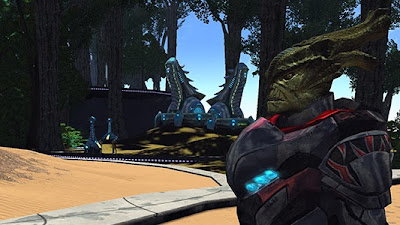 There's been some static about "space dinosaurs" in a Star Trek game but A) Trek encompasses a lot of wild ideas, B) It is coming from canon lore, and C) it is a game and things might be OK in a game that might not be OK in a movie. It doesn't bother me at all.

Apprentice Blaster and I will be exploring it over the next few weeks. If you're at all interested in Trek, space combat videogames, or Sci-fi RPG's, I recommend giving it a try. 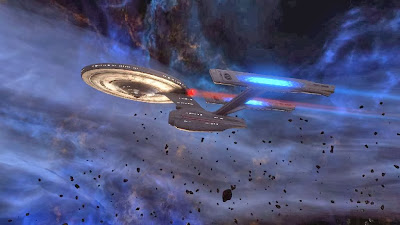 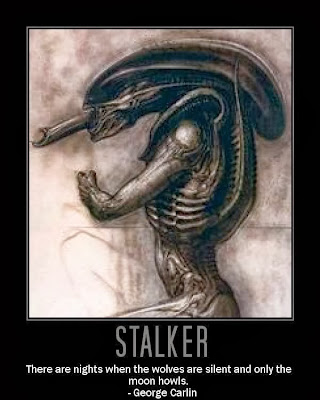 Kicking off redside with my least-played villain type. I got more interested once they could begin on hero side. I had a few ninja/batman/commando types but was never all that good at sneaking up on people after years of playing blasters and tankers.
Posted by Blacksteel at 7:00 AM No comments: