40K Friday - End of the Summer 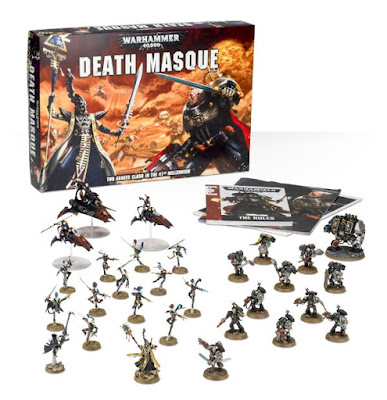 School starts next week here. Red moved into a new apartment and has been working a lot while Blaster has had band summer practices 5 days a week so we've played zero games this month, Because of Red's move I've been moving the painting table into his old room and trying to organize paints, tools, and the miniatures themselves a little better so I've not done much painting recently either. I'm still focused on the Eldar, with occasional side trips to the Chaos Marines when I want a change of scenery. I still think I will have the spirit host, the all-reaper aspect host, and the dire avenger host all finished this year. That's the core of my force for now. I just need to buckle down and get some work done on them.

That latest box set looks like it could be fun. I am not very likely to spend over 100$ on Harlies and specialist marines but it's not a terrible start for someone looking for a second army.

Rumors of an 8th edition continue to bubble. Latest I've seen is here. I think the edition changes 2-3 years apart are ridiculous but that seems to be the direction they are going. Ah well. 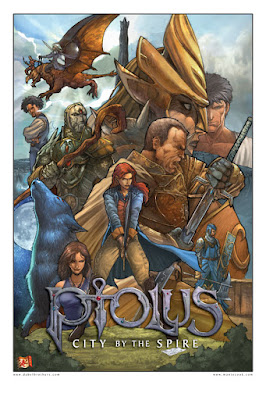 I was going to do this one next week to space them out a bit but it does tie in with yesterday's post so why not do them back to back?

I picked up Ptolus years ago. Not right when it released but not too long after. I thought it looked like a setup for a cool campaign, it was a really nice product as far as presentation and content, and it was the incubator for 3E D&D in a big way and I wanted to see what my group could do with it.

To date, I've run zero sessions in it.

I still feel the same way about it - I just haven't made it the top priority that it needs to be in order to get it on the schedule.


So Ptolus has always been in that category of "things I'd like to run next" but it's never been the obvious choice.  I have several games like that.

The attractions here are similar to those with Waterdeep: big city, literally built for D&D and all of the assumptions that the D&D rules imply about a world, and tons of supporting material. This campaign specifically calls out, assumes, and drives the "city is the adventure" approach and that's what I am looking for. 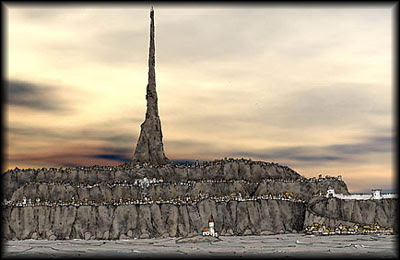 In contrast to Waterdeep there is a lack of a) game history, b) major NPC's, and c) all of the other distractions of the Forgotten Realms setting. In short: There hasn't been a 50 book novel series written about Ptolus so there's less clutter/baggage to worry about, if you/re one to worry about such things.  For me, the main effect of this is that it's a lot less "known" to my players so there's a lot more exploration to do and fewer assumptions walking in. Waterdeep does have the history and fame (infamy?) and that can be a plus, but it has its downside too and that's where Ptolus can step in front.

Rules-wise it is built for 3E but it is still an interesting enough place that I would not feel bound to any particular set of rules. Pathfinder is the obvious choice but I could see running it with anything from that to 5th edition to 4th to Savage Worlds. If it was one of the 3E versions I'd likely add in Arcana Evolved classes and options too since they're form the same author at the same time. There's a big bad guy at the top of that spike that would serve as a worthy opponent to even an epic level 4E party. There's enough going on that I think you could run an ongoing campaign for years without feeling constrained regardless of system. Heck, with some of the weird technology that you can find in some of the material I think it would work pretty well with the Dungeon Crawl Classics game. 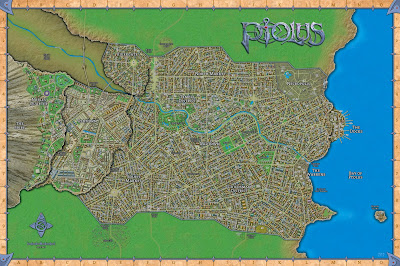 Again, the map is inspirational for me - heck the whole book is inspirational! There are tons of notes on local color, the flavor of each neighborhood, smaller maps of buildings and neighborhoods - it's just really well done. Plus it's organized in a way to make it fairly easy to use in play- well, I suspect it is. As I mentioned, I haven't tried it yet.

In general I don't buy RPG books to sit on the shelf. I know that's a thing with some people and I won't say I'm immune to the collector mentality, but typically I buy books that I think I will use and I've run at least a try-out session of most of the games I own. With Ptolus I thought it looked cool before I owned it and once I started reading it the wheels started turning almost instantly. The big constraint is time of course. I expect the city by the spire will continue to percolate in that upper part of the ocean of "what we could play" until one of these days it snaps into place and we finally roll some dice in the streets of the city.
Posted by Blacksteel at 12:00 PM 2 comments: 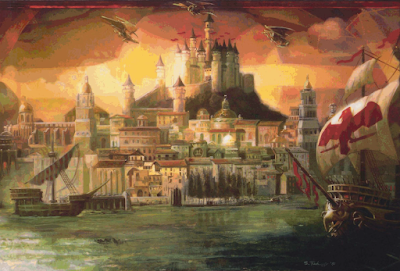 I've run quite a few campaigns across different systems, genres, settings, and time periods and I've talked about a lot of them here. Over the past week I've been cleaning up the library and the wheels start turning whenever I start going back through the books in depth. Because of that I thought I would post a little bit about some of the campaigns I haven't run but would like to, and why. First up: Waterdeep!


It's the big city of the Forgotten Realms; the Greyhawk; the Lankhmar; the New York! It's a big, busy, potentially dangerous place. It's always been one of the more detailed areas of the Realms because it's one of the regions where Ed Greenwood actually ran games. It sits on top of a megadungeon, the infamous "Undermountain". It has intrigue with all of the guilds and with the rulers of the city being masked with secret identities - an interesting approach to local government.


It's also been the subject of focused supporting material in multiple editions of the game from the original module type booklet up above to the boxed sets of 2nd Edition to the hardcover book of 3rd edition. There's certainly no lack of material to explore. Beyond the books there is of course plenty of online material as well. 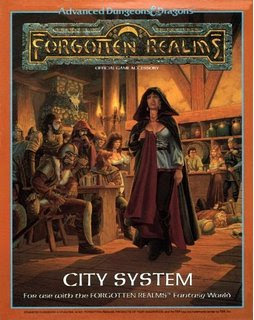 Maps are an inspirational thing with me and they reach Ridiculous Level with the City System box. Seeing a good map makes me want to go exploring. Above ground ... 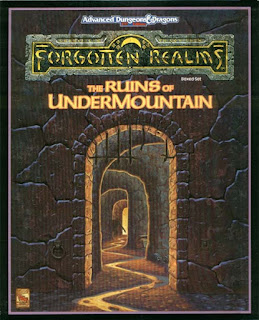 ...and below! I think most people are aware of the massive poster maps of the dungeon levels for Undermountain as well.  They're pretty cool and inspirational again for the sheer size and scope, especially of what you could do.


I've never really run a fantasy big city game but looking back through these books and boxes really flips the switch. You could run it as a total sandbox as there's all kinds of space, power groups, smaller dungeons, the mega dungeon - there's no real limit here. I can also see plenty of plots to flesh out and use as the spine of an ongoing campaign. Long term goals for old-school characters in a D&D game might include carving out a barony in the wilderness somewhere - here you could aim to become one of the lords of Waterdeep instead!

Now it is the Realms so there's plenty of gods and powerful NPC's running around and Waterseep tends to be an area of focus for big events but so are big cities in fiction and in the real world so a lot of the trappings of the Realms that some see as a negative make a ton of sense here, moreso than most places  - it's the big leagues! If you can make it here you can make it anywhere! I'd say it's a feature not a bug.

The main thing to keep in mind is that despite the history and popularity of the area quite a bit of it is only broadly described. There's plenty of room to carve out a neighborhood or three of your own design. Your players will get to know familiar NPC's, organizations, leaders, enemies, and eventually be experts on the region.

I also think it would be a great area to try running multiple simultaneous campaigns - one group might be mainly focused on Undermountain while another gets involved in politics. There are a ton of other options and they're all in a small enough area that the opportunities for crossovers are numerous. 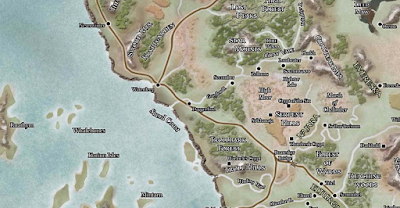 There's also a lot of interesting stuff near the city so if your players get tired of urban adventures they can head outside for a special two-part episode in the High Forest or the Serpent Hills. That said my main focus would be the city itself. Kind of the opposite of the West Marches Mantra - here the adventure is in the city. Outside is where new characters and new threats come from, but it's not where you go adventuring.

So while I've never run or played in this kind of game It looks like a lot of fun to run and play.  A lot of my focus in recent years has been in shorter, limited campaigns like the Savage Worlds plot points or the Pathfinder Adventure paths. This is one of those long term no particular end in sight type of games I have not run in quite a while. It's on the short list for the next D&D type campaign I run.
Posted by Blacksteel at 12:00 PM 2 comments: 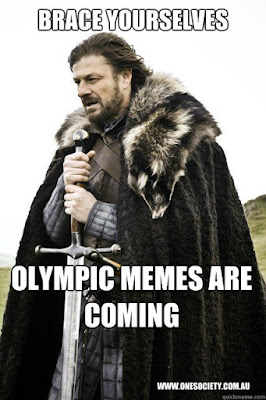 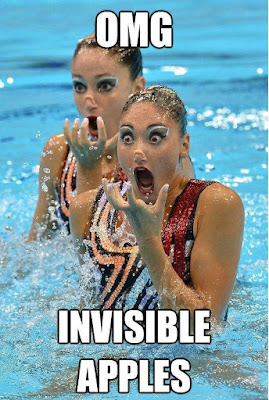 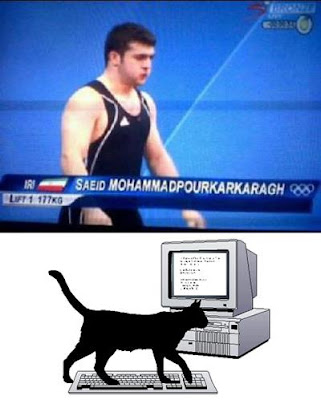 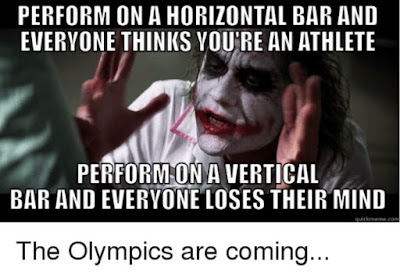 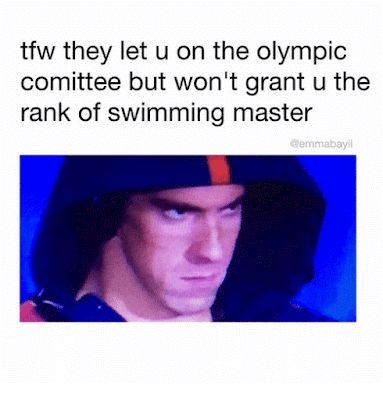