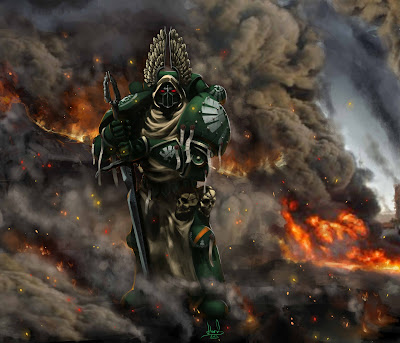 With the coming of a new edition I have been taking stock of the armies I have - what's playable, what's fun, and what's painted.

That's a lot of armies. About half of them are at the point where I could field a fully painted army of a decent size. The rest are still somewhat early in that process. I feel like I should narrow the focus a bit.

Additionally 5 of them are marine armies and 2 more are chaos marine armies and that seems like it might be overkill. To me the core of the 40K universe is Marines, Orks, Eldar, and Chaos. That's where I want to spend my time.

So I am breaking up the Dark Angels. 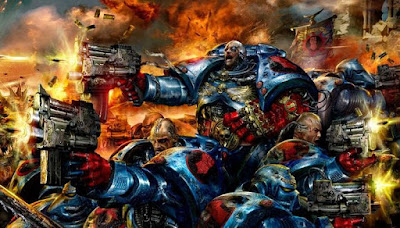 Yes, the army I documented over the years - like 5 years ago when I picked up the new boxed set, or when I reviewed the new codex, or when I devised a paint scheme I was happy with, or here in 2014 when I spelled out my thinking behind the army I was building and when I was making progress. The one I've probably talked about the most besides the Eldar I spent last year finishing up. They're just not sparking the enthusiasm the way I had thought they would. I still like my paint scheme for them but I am not all that interested in painted 50-100 guys in it right now when I have nothing finished for them and a bunch of other armies much farther along.

I am not selling them though - I am re-purposing them.

I thought about this a lot over the last few months. I decided that it makes more sense to break them up and use the parts to make other armies even better rather than building Yet Another Power Armored Force. Instead:


This leaves me the Dark Vengeance tac squads, the DV leaders, the DV bikes, some terminator squads, and the Deathwing Knights. They will go in a box for now until I decide if I want to convert them, sell them, or start them up again. More likely is that I will give them to one of the boys to start their own army or trade them to someone for more orks/eldar/chaos/marines.

I really wanted to get back to the heart of the game and this change lets me do that:

Beginning of May - Around the Tower 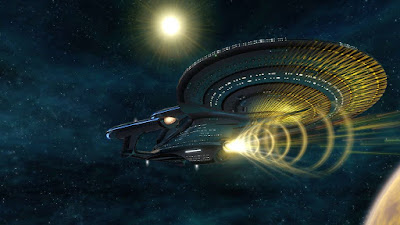 Ambitions
Heading into May means all of those end-of-school activities will be taking up a fair amount of time too. We will get through all of that and then hopefully June settles down a bit and schedules smooth out.
Posted by Blacksteel at 12:00 PM No comments: 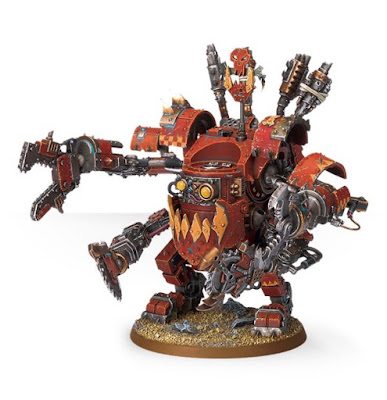 It's the first day of May, and every indicator points to a mid to late June release for the next 40K. I am a little surprised at my own level of optimism for this change. It's been 19 years since we saw a total reboot of the Warhammer 40,000 system, it's the 30th anniversary of the game's release, and I am as excited as I can recall about a new edition.

Why? Probably because a reset means everyone is on the same footing. units that have been poorly regard for the last edition or three may be useful again. Armies that have had problems under the last few editions and codexes get a clean start - at the same time everyone else is getting a clean start! Lots of long-term issues that never really seemed to go away or seemed solvable under the existing rules structure should be washed away in an entirely new rules engine.

Example: I fell in love with the Ork army during my Epic days and ended up with quite a few gargants, tanks, guns, and boyz stands, a remarkable number of whom are painted. That pulled me into giving them a try in 2nd edition 40K. I kept up with them thru 3rd and into 5th but they needed help adapting to the new structure of the game after that. For these last 5 years orks have still been somewhat fun to play but so handicapped that even the legendary fun factor of the boyz was wearing down for me.

With the prospect of new rules, and a total reset of power levels and codexes, I am betting that things will be much more "even" here at the beginning of a new era. From older models like the Wartrakk to newer models like the Morkanaut I expect a renewed level of fun stuff and utility both for all units. 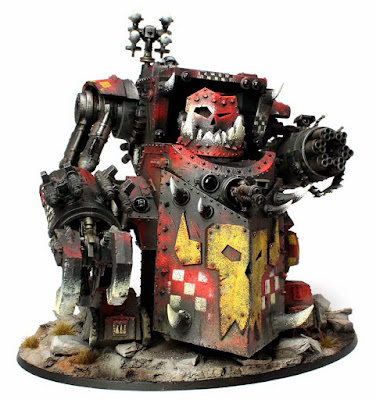 In fact, if I was a miniature company I would work hard to make sure that every model I have does something that no other model can do - that gives people a reason to take them! Especially within one army - internal balance is critical. "Making interesting choices" is a core concept of playing these kinds of games and a good design for the units in an army can start this process before the game ever begins. Those ork walkers are way too cool to be saddled with a bad design in the game - make them as fun and interesting to play as their looks imply.

Armies and things I am looking forward to seeing again: 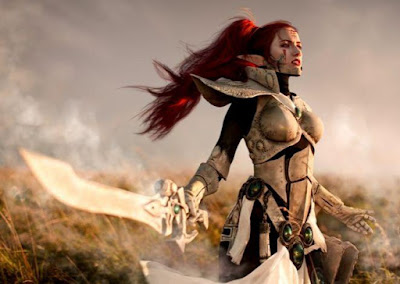 With a fresh clean start there's no guarantee that old rules or weapons will be the same. Scatter laser jetbikes are the terrors of the tabletop now, but scatter lasers may look very different in 8th. Storm Bolters may be different. Grav will probably be different. The Lance rule may change or may not even exist - same with Rending, Power weapons, Melta, etc. In the leap from 2nd to 3rd a lot of weapons and models changed dramatically in how they were used and I expect a similar level of change here.

There's also no guarantee that existing formations will carry over so my Wraith Host may be screwed. I'm sure there will be something similar eventually, and all of the units are a normal part of an eldar army, but the rules could change dramatically. Same thing with that Daemon Prince giving bonuses to possessed formation that I was working on after Traitor Legions. Ah well - I'm sure I will find a use for them regardless.

So what am I doing? Well, I am looking at each of my armies and figuring out how I want to play them for 8th - as much as one can with no actual rules yet. Apparently assaulting out of transports is a thing again, and I was planning on mounting my Iron Warriors in Rhinos anyway, but how many? Will CSM's still be able to take the bolter-bolt pistol-chainsword combo? I hope so because that's how most of my guys are built. If not I might want to build a squad or two specifically to be my "assault squads".

I am also looking at some of those unloved units of the past few editions and picking some up as a future investment. Why not add some wych elves to that Dark Eldar allied force I built? How about a Deff Dread for my ork horde? Maybe the Iron Warriors need a land raider to go with all of those Rhinos.