Finding Some Fun - Back to City of Heroes

So when it came back last year I played it damn near daily for about 4 months ... then I just burned out on it ... to the point I barely touched it until last month. having more time at home though, and having run through some other options to the point of near burnout - namely World of Warships and Command & Conquer Remastered - I kinda fell back in love with it again.


While many of my friends are still out on it, a few have come back with me so that we are getting in some decent team time again. Yes I do have a ridiculous number of characters but this round I am not making new ones, just levelling up the ones I made last year.

I've also discovered the oddly comforting feeling of running into some of the same NPC's and running the same missions we were running ten years ago. There are multiple levelling paths in City of Heroes so you usually have choices as you climb the ladder but there are some favorites along the way. Since everyone had to recreate their characters there have been some moments of deja vu here and there as we find ourselves having flashbacks to live with the same characters running the same missions. There's some nostalgia, sure, but it's also fun to re-acquaint yourself with something that is unchanged after a minimum 7 year gap. A lot of other things may have changed but Paragon City is just as you remember it.

There have been some updates - there are new powers and power sets, tweaks to some existing powers and archetypes - even a new archetype: the Sentinel -  costume updates, and lots of quality of life stuff. Vidiot maps is still an extremely useful add-on (and has been updated), MIDS is still there for power-building (also updated), and the forums are new but still an incredibly helpful resource for learning the game, or re-learning when memory fails.


So if you're bored at home or in a superhero kind of mood come check it out!


If you get on and get interested message me here and maybe we can team up!

Posted by Blacksteel at 2:30 PM No comments: 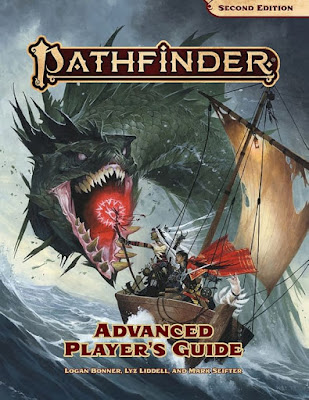 I really liked what I saw in Pathfinder Second Edition when it launched about a year ago. I bought all the books and decided to give it a try and it works well and seemed to have a lot of potential until the whole virus thing killed my RPG-ing this year. Even with that blockage though, I continued to follow the game and added the next wave of books - the Lost Omen World Guide and Character Guide and Gods and Magic - and figured that would just be a thing this year.

Part of it is that after months of not being able to play I'm not really buying any RPG material other than the occasional PDF. I got into a cycle of picking up a new book, getting excited about what I could do with it, and then getting another month of quarantine time - so I stopped doing that. I mean, it can still happen with stuff I already own, but at least I didn't spend new money on it.

Side note: Humble Bundle has a strong deal on the current Star Trek RPG line. If you're at all interested it's only about 15$ to get damn near every book they have now.

PF2E specifically though, I am weirdly disappointed with what they are doing. Sure, they started off with Core Book - GM Book - Bestiary - that's totally fine. Then they added a trilogy of setting books - also fine. But now, we have ... Bestiary 2 ... and the Advanced Players Guide. For next year they just announced ...Bestiary 3 ... and "Secrets of Magic" which is clearly "Ultimate Magic" for 2E. So .. .we're just going to follow the release schedule for 1st edition? Just re-do all of those books? We have AP's running alongside them too so it's looking very familiar. The only thing we don't have are the monthly softcover player books/DM books. 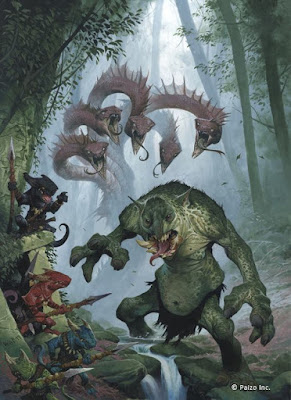 It's difficult for me to explain the feeling here but "disappointment" is probably the best word. I was expecting or at least hoping for a different approach here. I'm not sure what, but it wasn't damn near the exact same thing they did last time. D&D changed things up dramatically for 5th edition when compared to 4th or even 3rd. It feels like other games have changed up their approach as well. The Star Wars and Star Trek games being two current and at least slightly popular other examples.  I know there's a demand for this kind of stuff in general and with the Pathfinder crowd in particular, and I get needing a regular release schedule to maintain interest and to provide cash flow. I totally get it ... but I'm still weirdly disappointed with it.

Maybe because it makes things fairly predictable? A bestiary each year,  a class-type book each year - one for the Fighter types ... Ultimate Primal, Ultimate Occult, Ultimate Divine to round out the spellcasters ... another Ultimate Campaign to add more to the downtime and a kingdom management system (again)  ... no doubt another attempt at Mythic play in year 3 or 4 ... probably a tech book tied in to Starfinder to liven up Numerian campaigns ... it just feels somewhat by-the-numbers looking at it now. 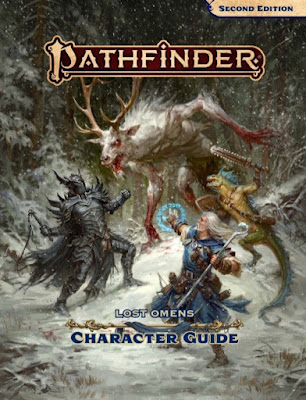 Who knows - maybe they will surprise me! It's not strictly the thought of buying the same books for a new edition - lord knows I'm not against spending money on a game I like - but following what looks like the same approach as before does kill some of the anticipation. Look! The new Ultimate Magic is going to have the Magus and the Summoner! I mean, I like those classes, and the mechanics of the game are definitely different, but ... man it feels like the shine has just peeled right off of this thing. It would probably help if I was running or playing actively right now but I think it would still be less than awesome.

Attitude and first-world problems aside I do still like the system. For a full-on, long term, crunchy fantasy game system I like it better then D&D 5E and I'll probably find myself running it again at some point. At the moment though it feels a little deflated.