So Say We All - The History of Battlestar Galactica 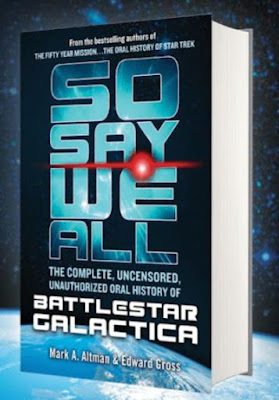 If you are a fan of either BSG series then you should read this book. It's that good.

The first part focuses on the 1978 series - the road to getting it put together, the background of the people behind it, and the peaks and valleys it experienced from conception to the end of Galactica 1980.

The second part is all about the 2004 miniseries and subsequent full series up through the somewhat controversial finale.

The best part of this effort is that is not just a narrative written by some outsider. most of the book is comments from interviews with damn near everyone who worked on these shows - producers, directors, writers, actors, special effects guys, wardrobe people, technicians ... it's incredibly thorough. You do get a network perspective mixed in as well for both series which adds an intersting side to things. Even those who are no longer with us are recalled in anecdotes from people who worked with them. Lorne Green is discussed a fair amount in the early part of the book for example.

Richard Hatch contributes quite a bit as he is the one guy who was heavily involved in both series and went from being opposed to the reboot to jumping fully on board. It's interesting to read his take on various aspects of both shows and what might have been.

The chapters on the second series benefit tremendously from Ronald D. Moore, the main guy for the show, being totally open to discussing every aspect form getting it created and out there to writing work, casting, various limitations they were operating under, and just generally opening up about the whole run.

After reading it I have to say it's as thorough a breakdown of a show as I have ever seen and I feel like I don't need to worry about digging into anything else on my own - I've read the definitive work on the subject. If you're at all interested you should go get it. 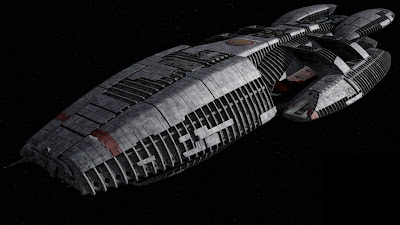