Campaign Status and the What's Next Conundrum 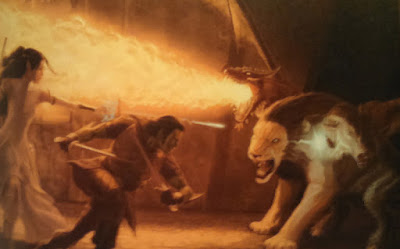 If you're a GM who's running an ongoing campaign you know there is some pressure to have some idea of what's happening "next" - next session, next month, next year, etc. In a heavily plotted campaign it's somewhat easier to manage as there's a plot to follow. With a sandbox campaign you might have the local region sketched out and some idea of what's going on there. You have to be careful though because players have a tendency to wreck detailed plans as fast as you can come up with them. My approach is not to waste time on a lot of detail for more than the next session or two and just have an outline, a sketch, of what's going on where and how the players might stumble into it. For me, the sweet spot is "I know where we are and I have some idea of where we might go next".

Right now the existing campaigns are in a pretty good place:


Before anyone gets too jealous let me say a lot of these games are not on any regular schedule. We played Star Wars d6 twice in July, and if we're lucky we will work in another session labor day weekend, and I'm not sure when the next one will be between then and Thanksgiving. The boys are still excited about it, I just don't have all 3 of them here very often. We had our second or third Deadlands session of the year then too, and the last Marvel game was in February. I tend to have one or two games running on any kind of regular schedule and the rest drop in when we can manage it. 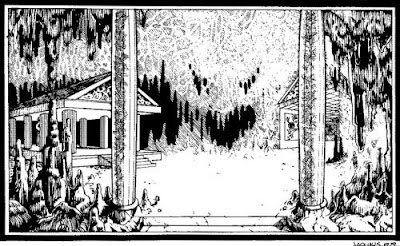 Other games on the horizon are a little less set:
The odds that I will run multiple sessions of all 4 of these before the end of 2016 is slim. I'd like to at least have a try-out session of all of them but even that is tricky. 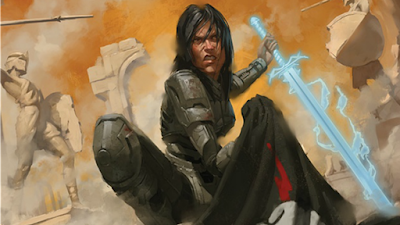 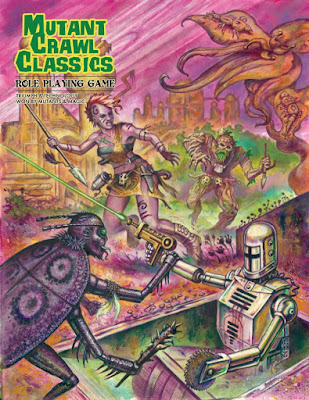 Beyond all this I still have other stuff I want to try. I'd like to introduce the boys to Traveller and Gamma World. I'd like to run through an old Marvel Super Heroes adventure. I'd like to play some old DC Heroes with the crew. FASA Trek sits there staring at me on the shelf. Champions awaits a rebirth for at least a one-shot. Then by next year we're going to have the Mutant Crawl Classics stuff from that Kickstarter, Freedom City for M&M 3E, a new Star Trek game, and I'm sure there will be a Savage Worlds Kickstarter of some kind because they seem to have at least one every year now.

Then there are the mini's and the boardgames.

Anyway, there's the present and the future and at least as many questions as answers. The good thing is that in between all of the grown-up stuff, work. relationships, and all of the kid stuff we still manage to find time to have fun with this stuff too.
Posted by Blacksteel at 3:00 PM No comments:

The Trilogy is Complete 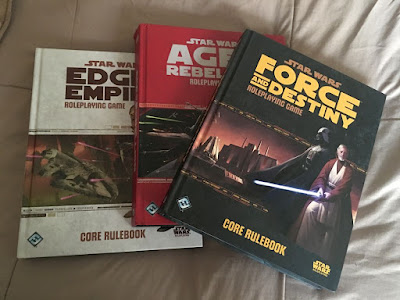 I finally picked up the core book for Force and Destiny, completing the FFG trilogy.  Some thoughts:

They are very nice books. I really like the approach to the art this time. Using hand-drawn art, but in a fairly realistic style, keeps the look consistent throughout the game line but gives them a lot more freedom than limiting it to shots from the movies. The style is more consistent than I saw in the WOTC lines and much more true to the Star Wars look and feel than the black and white work from the West End Games line.  In both of those older games, the difference in style between the screen shots from the movies, the various composited still pictures presumably done by Lucasfilm, and the styles of the different artists could be jarring at times. The FFG art team is going in a different direction and I really like it. In fact, the Star Trek RPG's have had a similar problem with using screen captures alongside hand drawn art in the past and I hope the new one takes a direction more like this.

Nice-looking books aside I still am not completely thrilled with the approach. Dividing them up by character type still seems like the wrong tack to me. I know they position it as campaign type but I've never seen a campaign that was pure smuggler/scum types, pure rebel military types, and pure Jedi. In the campaigns I either participated in, heard about, or even read about online, there's always a mix of types. So despite their theory, this is not how people run Star Wars games. It's also not how the movies work either, which may be more or less important depending on how you look at it.  If you want to have a smuggler, a wannabe Jedi, a lost Alderaanian noble, and a bounty hunter you need 3 core rulebooks! WEG did it in one, WOTC did it in one, and I've had a good time playing in all of those systems so clearly it can be done!

I would have preferred to see a Star Wars core book with era-specific support books. A Rebellion era book to start, then a Clone Wars book, then an Old Republic Book and then for 2016/17 they could have done a post-Rebellion book with info on the new movies. The obligatory character type books and the adventures could be done just as they are being done now. That's how previous Star Wars games handled it and maybe that's the problem - I think it's likely FFG wanted to do something different after 25 years of other Star Wars games and so they did. It will work, it just makes the buy-in quite a bit higher if you want all of the options.

It's not like we haven't seen something similar before. Last Unicorn cranked out 3 full-color hardback core books for Star Trek back in the late 90's (and were working on a fourth when they shut down). The Next Generation, Original Series, and Deep Space Nine books all duplicated the rules content and all had their separate (thought somewhat muddled) lines of supporting products. While the TOS book kind of followed my preference for breaking the game up by era rather than campaign/character type the TNG and DS9 books were way too contemporary to justify separate core books - but that's what they did.

Regardless of my thoughts on the approach the games is out there as it is. Also, I do like the game - I mean, I already like the setting, and the new mechanics look like they have a lot of potential with my group. I have some ideas for a campaign - and yes it will likely be a "mixed" campaign. Between the starter sets, the GM kits, and a few of the published adventures there are some cool ideas and plenty of things to recombine for my own purposes. With our d6 campaign up and running it's not quite as urgent a need as it was but I still want to try out the new system in play for an extended period of time. I may try it as a limited campaign where we make up characters and play through one complete adventure with no further commitment but I have to see where we can fit it in.

Anyway, that's what I know about it at the moment. More when we do something with them.
Posted by Blacksteel at 12:00 PM 2 comments: 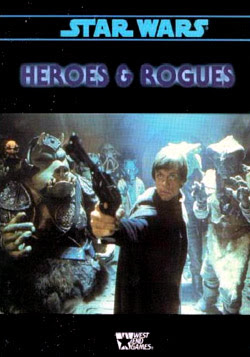 The one sentence review: This is a lot like "Citizens of the Imperium" for d6 Star Wars.

(I thought I was fairly clever coming up with that. then I realized that most gamers under 30 probably have no idea what that refers to. So...) 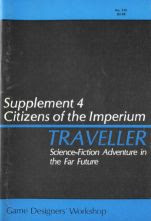 When Traveller, the original hardish sci-fi RPG came out in 1977 there were 6 career choices: Army, Navy, Marines, Scouts, Merchants, and Other. "Other" was the shady criminal type career while the others were all military or big time corporate. So there was a heavy military/criminal bent to early groups to the point that some people referred to it as "Merchants and Mercenaries".   A few years later this book came out and added things like Doctor, Scientist, Pirate, Diplomat, and Barbarian (among others). It really expanded the types of characters you could play and helped bring the universe to life that much more. I still think it's a great example of expansion without power creep. It was a great book for most Traveller campaigns.


Getting back to WEG Star Wars the core concept of the entire line was Rebel-affiliated characters working against the Empire. Despite including templates like the "kid", the bounty hunter, and the alien force student, the assumption was that players would be involved with the rebellion in some way even if they were not a formal part of the military organization - kind of like "Rebels". As time went on there was some loosening of this approach and more neutral smuggler type campaigns were given some support. This book opens things up quite a bit more.

I admit I was surprised - I would have thought this book would have been held in higher regard amongst the d6 community but it doesn't really seem to have that. it did come out late in the game's run - 1995 - but I was impressed with what it held.

Now to clarify - this is in no way essential in the sense that the main rulebook is essential or some of the other books are for Jedi-heavy or Smuggler-heavy campaigns are. If you would like to show your players some options beyond the core book I would say this is the single largest collection of templates in any other single volume. If you're contemplating an Imperial campaign then i would definitely recommend it, as well as if you're thinking of a d6 version of an Edge of the Empire style campaign.
Posted by Blacksteel at 12:00 PM 1 comment: 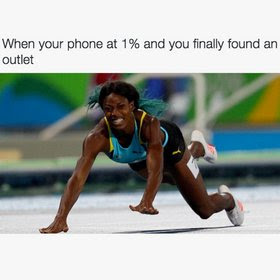 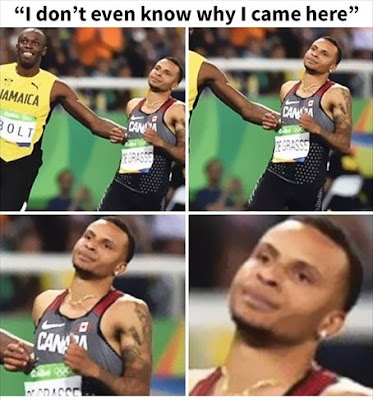 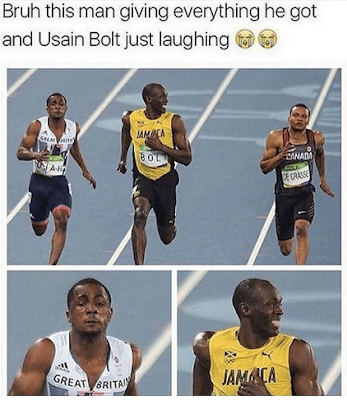 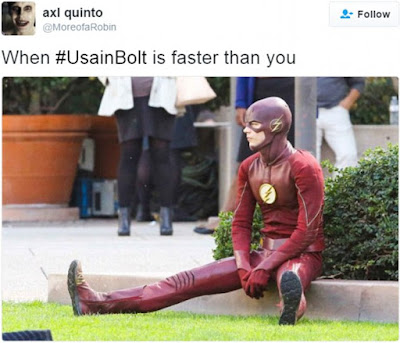 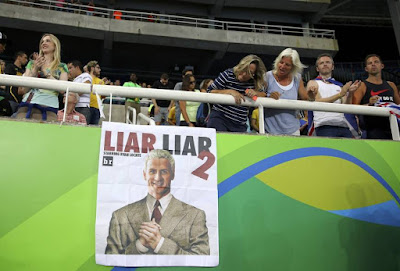 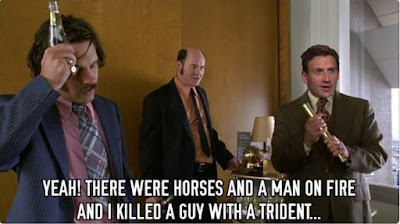 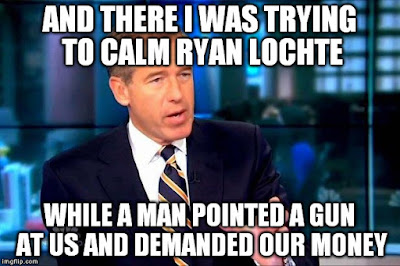