Breaking Out the Con Gear 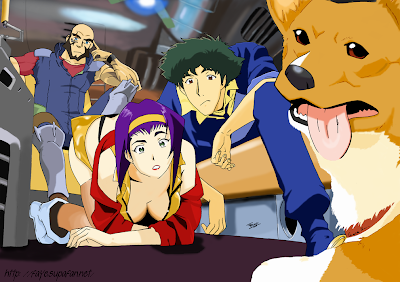 This weekend includes an unusual event for us - we're going to a con! Now it's not a big gaming con but there is some of that kind of thing. One of Dallas" bigger things of this type is Animefest and we are making our first trip there this weekend. Given Twilight and Reds growing interest in various things anime it seemed like a good idea and the rest of us will no doubt find some ways to stay entertained. I'm sure we can find our way into a Pathfinder game or some 40K. It sounds like a good way to spend a holiday weekend.

Further updates next week!
Posted by Blacksteel at 1:00 PM No comments:

So I have the A-series adventures (have for a long time), I have the Next files that have the monster conversions for them, and I have the 2E era "Slavers" adventure (really a mini-campaign) if I want to flesh it out. I can see some fun to be had there.

So why isn't it "case closed"? I'm not sure, but I have roughly worked out a second campaign outline that could use Isle of Dread, Dwellers of the Forbidden City, and White Plume Mountain. This would also be in Greyhawk and would also lead into the G-D-Q adventures, possible with Barrier Peaks worked in as well, maybe between G2 and G3, though this does open up the possibility of King Snurre being laser-bolted to death in his hall and the finale looking more like GH40K than Classic D&D. Regardless, I don't think it will be coming up for a while. 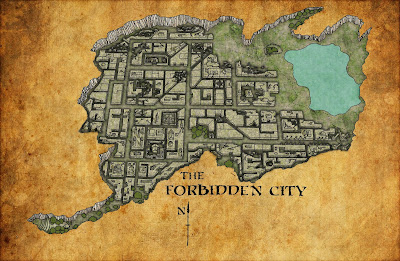 I think the main attraction here is that these adventures are much more sandbox, have a wider variety of creatures to face, and are less commando-raid. Breaking down the Slavelords into its basic components, I could run it in Star Wars or Traveller and maybe Top Secret and it would fit as well as it does in D&D. That's probably a compliment but I'm not sure it's fitting into the groove I want. Also: 100% more dinosaurs in X1 than in the A-series.

I did realize that the Next packets contain all the stats for the S-series as well, which is really really cool. Since they already have the Isle of Dread that would only leave the Forbidden City as un-statted but I think that's one I can manage as there are parts of it I would change anyway. 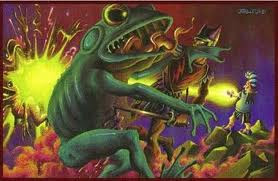 I'm going to look at it in some more detail and then decide which way to go a little later. It doesn't matter until they get close to finishing the keep and I can decide how to plant the seed and I may just drop in links to both options and let them choose.

I also woke up with a vision of a campaign using Desert Nomads, Temple of Death, and the Pharaoh series but I haven't done much with it yet. 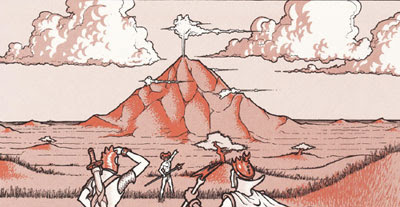 It's a little strange having the beginning and the higher levels nailed down but having the middle so up in the air. I'm usually more sequential than that, planning and laying out the options layer by layer, "tier by tier" so to speak. For now the Caves will keep them busy and I will figure out the rest.
Posted by Blacksteel at 12:00 PM 1 comment:

Kids and RPGs - Getting Started 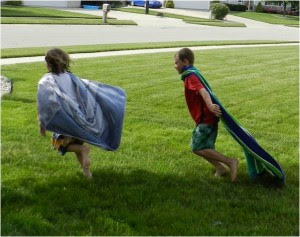 Following along after yesterday's post - more kid stuff! I keep seeing people asking about and talking about starting kids out on RPG's and I wanted to speak my piece. This probably falls into some kind of advice so I will direct you to my standard disclaimer on that subject.

I don't like them much. The entire concept presumes that kids need a hand-holding introduction to role-playing. I disagree and have a counter-theory I call "kids aren't stupid".

First, we (and I mean all of us who started circa 1980 and somewhat later) didn't need some special kidified version of the game - we had the D&D Basic Set and it was awesome! It connected with something and we made the effort to figure out how it all worked, and none of those first 3 versions did a bad job of getting the idea across. Interest will drive comprehension, and being able to talk AD&D intelligently with grown-ups felt really good. That hasn't changed, and kids are more informed about everything these days - thank you internet.

Second, kids know when they're being talked down to and conversely there is a thrill to being able to read a book written at a higher level than kid-level and understand what is going on. If they're ready to play a sit-down RPG then they're ready to read and watch and grasp the concept of any of them.

Third, a lot of the subject matter of the kid games I see looks pretty boring and there seems to be a lot of emphasis on things other than combat. Go watch some 8-year old boys play and tell me they're not interested in combat. Fighting monsters or playing superheroes is right up their alley - embrace that, don't deny it!

So, I think kid-specific RPG's are largely a waste of time and money. If you play D&D teach your kid D&D! If you play Marvel teach them Marvel! If you play Spirit of the Century then introduce them to a little pulp goodness. Watch The Rocketeer to get them started and then go play! In an age where ten year olds are running Minecraft servers you don't need to do a lot of hand-holding. 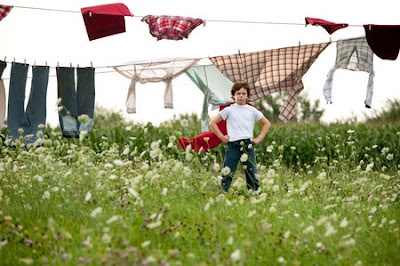 I think a lot of the interest in kid-specific RPG's comes from people trying to get their kids interested too early - when they're ready they will let you know. When a 3-year old says "daddy let's play superman" you don't break out the dice and figures - you break out the towels and safety pins and head outside!

As they get a little older, say 8-10-12 the best way to get them interested is to let them be around when you play. I knew Blaster was about ready when I came out one morning to find him drawing maps on my presentation-sized graph paper pad and moving minis around on them. (yes, I still have them). Somewhere in that window I suspect most kids who are interested will express it or give you an obvious opening to ask them about it. Seize that moment and start that conversation.

Also, be prepared - not every kid is going to want to dive into RPG's the way you do. My daughter knows her Godzilla movies pretty well, has Marvel posters on her walls, and read LOTR at an early age and she's only played with us twice, showing no recent interest in doing so. It's just not her thing (though this did raise an eyebrow) and that's OK. I've never seen a nerd version of the Overbearing Sports Parent and hopefully I never will. 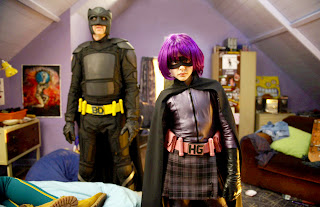 I see people post on internet forums asking which game they should use to introduce their kid to RPG's. Why would you do this? Who knows your kid better than you do? If you know enough to log on to RPG.net then you probably already have some games on your shelf, so the answer is "What games do you play?" Sure, Vampire in its full form might not be the best game to start with but if you have it and know it why not put something together that sets the sex and politics aside and has a vampire in a convenience store as it is being robbed? "This is happening - what do you do" is a strong start to showing them how this kind of game works.

If I'm going to get into specific advice then for a more traditional RPG the Pathfinder Beginner Box is a strong opener. Books, maps, dice, monster pawns - it's a solid value, is visually interesting, and there are multiple adventures in it. We played through it here and it was a big hit.

If you would rather start up with superheroes I really like ICONS as an introductory game - the dice mechanics are simple, the art is kid-friendly, and there's room to go from silliness to serious if you want to do so. There is a lot of supporting material in the form of adventures too. Even superhero games can get caught up in angst or paranoia - most ICONS adventures don't have that. I recommend the one with the giant ants.

Beyond those two there are other options like Star Wars or Savage Worlds that have ideas and mechanics that will probably spark a kids' interest. Don't overlook the classics either  - I got a couple of copies of Moldvay Basic off of eBay when we were getting started and my kids grasped it just fine and ended up running stuff for each other for a time.

One thing to keep in mind, especially when starting out and especially if they are on the younger side, is that it's about doing stuff - not builds, not backgrounds, not history, not gearing up, but doing stuff in the game world with your character! With some games building a character can be its own mini game and with some settings the lore is a big attraction, but probably not to a third grader. With something like a Marvel game they can play a character they already know. With something like the Realms let them learn the lore by reading some of the novels if they are so inclined. Don't bore them by reading a bunch of expository text and don't confuse them by trying to explain different ways of sticking numbers on our made-up beasties - let them start webbing stuff up or tearing lamp posts out of the ground - the rest will come with time. 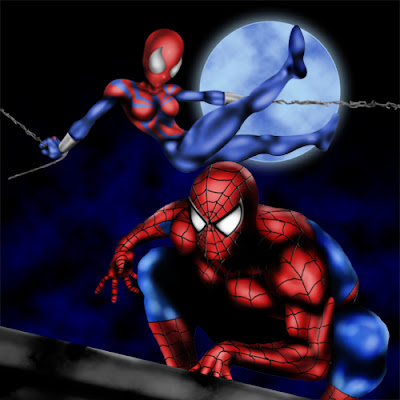 So there's my epic post on kids and RPG's. If there's one thing that's key here I'd say it's this: let them see you having fun with your friends. That's what it's about, right? If they see that, they'll be interested, and then one of these days it will all come together
Posted by Blacksteel at 12:00 PM 1 comment:

It's back to school week here with one starting today and the other three starting tomorrow. Some school & kid thoughts:


With a bunch of kids running around there's the Calendar New Year and then there's this one, which is at least as important. Good luck to everyone out there - students, parents, and teachers alike. Another year, another set of stories to tell down the road.
Posted by Blacksteel at 3:00 PM No comments:

Two for one today 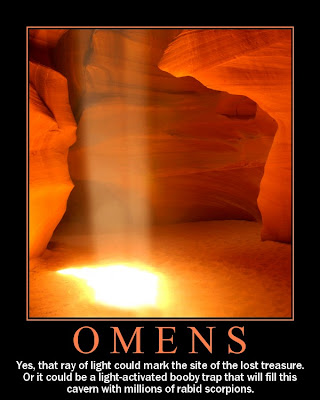 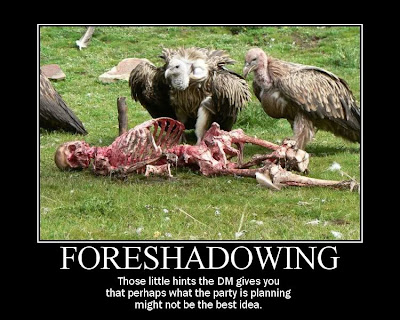