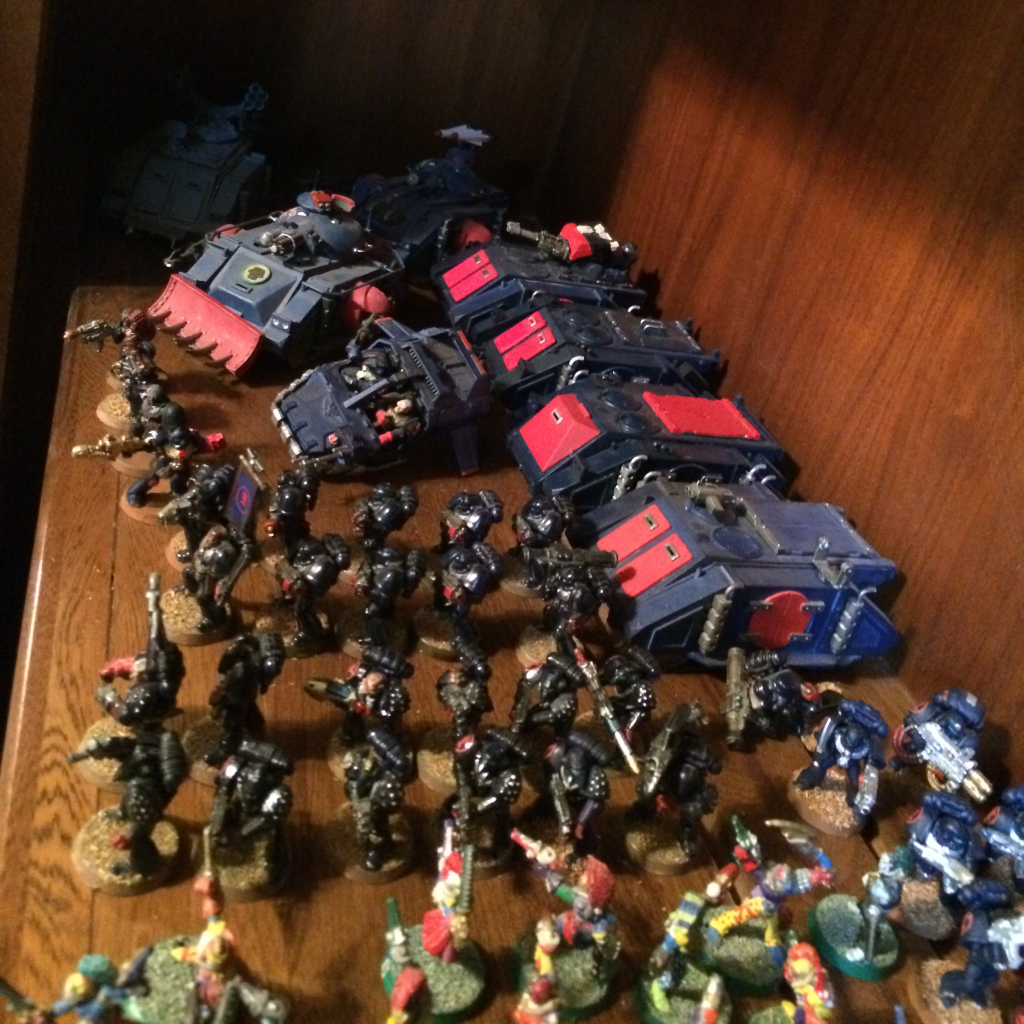 Looking back, 2013 was a pretty good year for 40K here. Focusing on one game helped a lot as my limited time wasn't split up trying to paint and play across multiple games. I find that having a regular routine of playing something reinforces my interest in painting stuff for that game, even if it's not one particular army.

Posting-wise I had 31 posts on it this year, and compared to the 21 in 2012 that's indicative of the jump it took in priority. I covered a pretty wide swath of subjects under "40K Fridays" and I expect that to continue. I'm going to keep it as the Friday thing too - it's working for me.

Personally I played more in 2013 than I have in years. I played my marine, deathwing, and ork armies all multiple times over the year and I'm pretty happy about that. Having in-house opponents does make things easier.

On the crafting side of things I made lots of progress:

Not everything was a win though:

So the plan for 2014 is to keep playing! After that it's to focus on Dark Angels first and get them tabletop-ready. HQ + troops and then the extra stuff. I'd like to see them completely finished by the end of the year - partly to have them finished and partly so I can work on a different force in 2015. That Eldar force will also be a factor though they will be behind the DA's. A third player is Chaos Daemons - I finally picked up the codex and I have about 2000 points worth of the things I had started converting over from fantasy a couple of years ago. There's a fair amount of paint applied too so this would be a quicker turnaround than some as far as getting a force on the table.

That's more than enough rambling for now - next week let's talk about Dark Angels!
Posted by Blacksteel at 12:19 PM No comments: 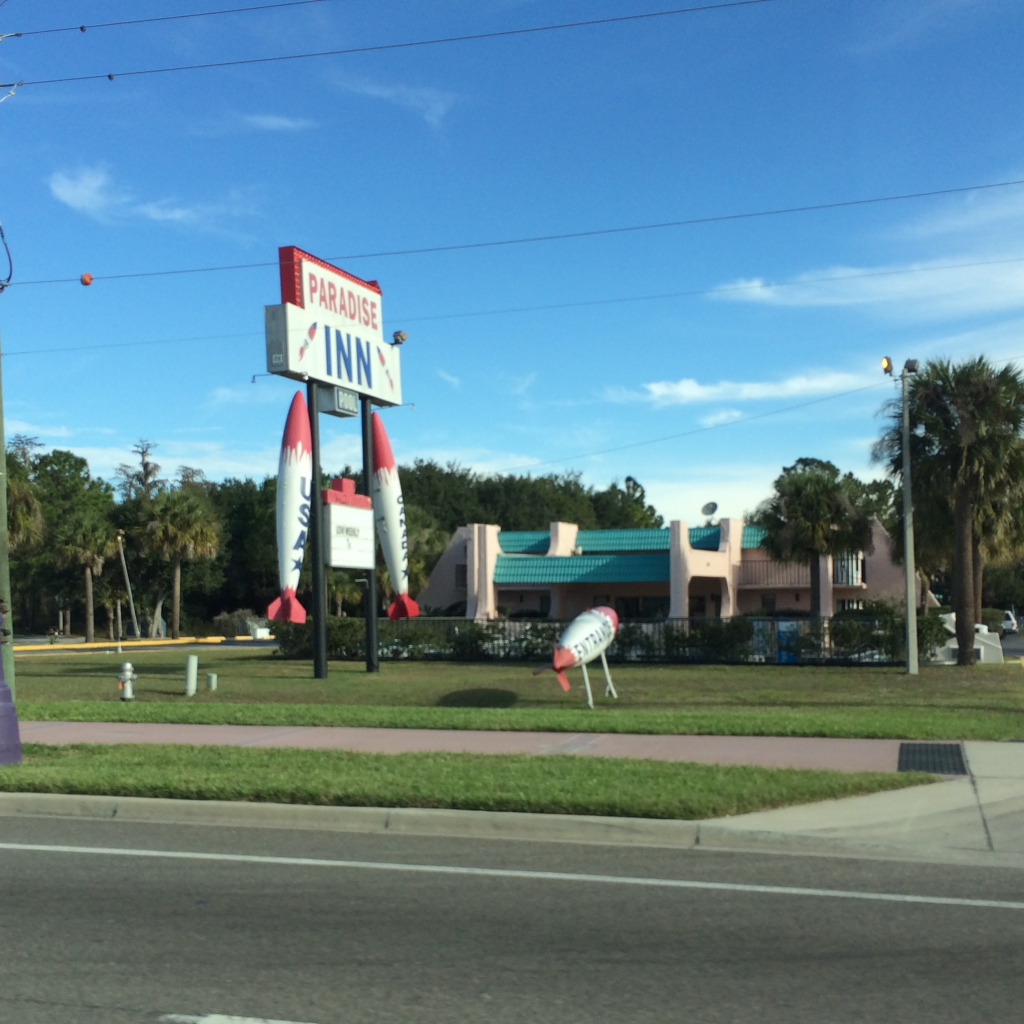 The Paradise Inn - Because nothing says "Paradise" like bombs!

I can see this being run by a guy like Jim Carrey's in Kick-Ass 2.

Fun Finds #2 - To The Lobstermobile! 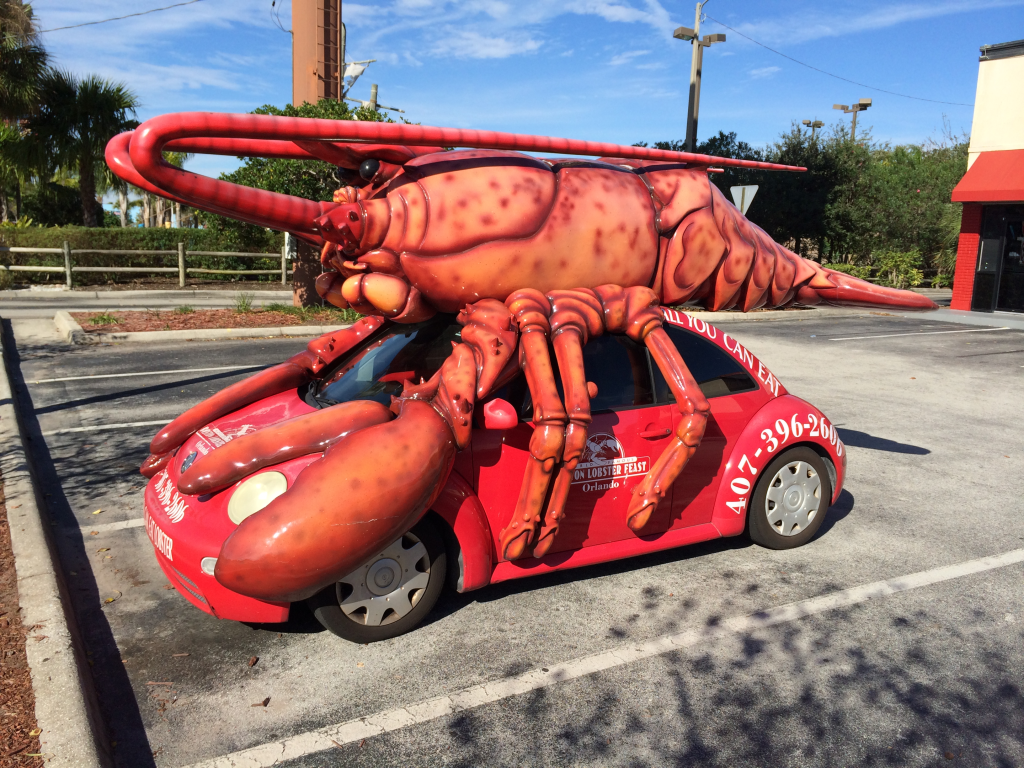 Another find in Kissimmee.

Thought #1: "Captain Crustacean is on the job!"


Thought #2: "The plague of giant confused lobsters continues - if you own a red car of any kind, it is recommended you stay home. Put it in a garage if possible." 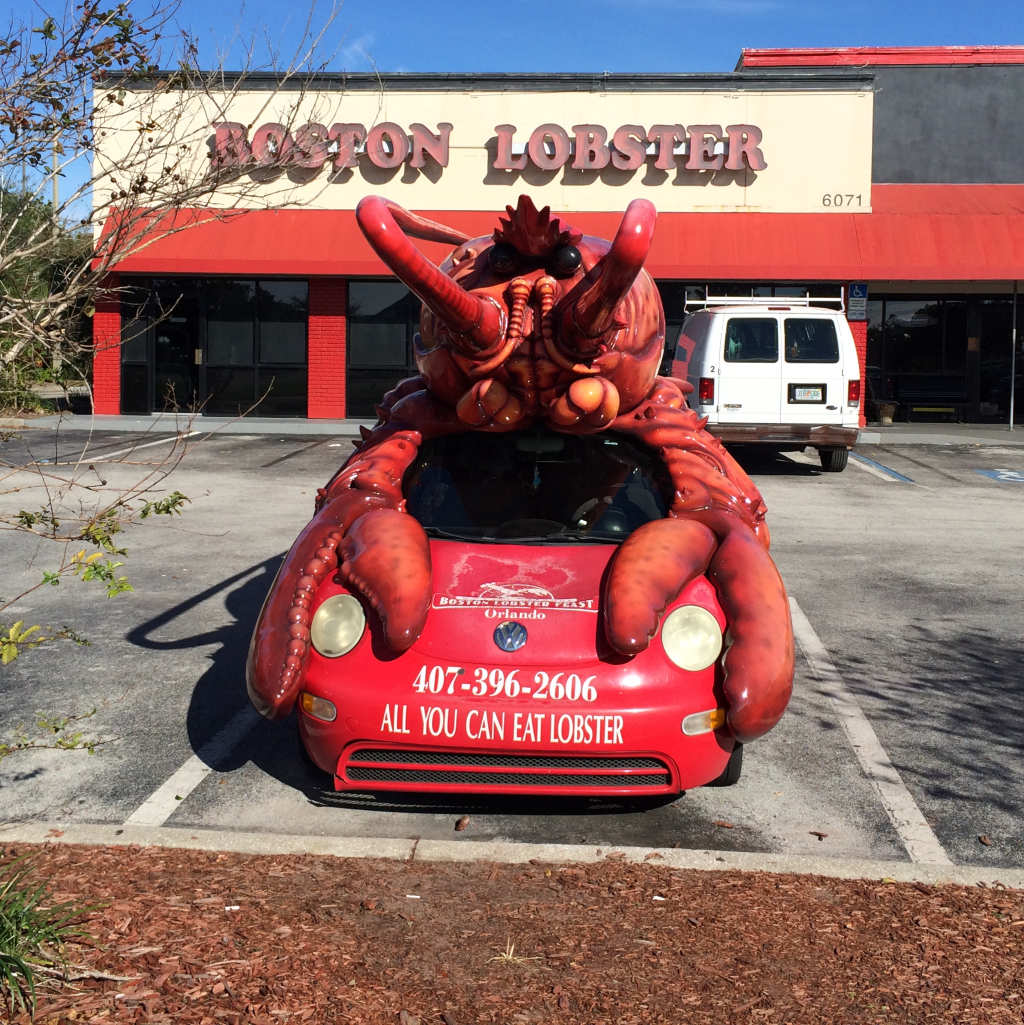 If you have thoughts of your own on this one, please feel free to share 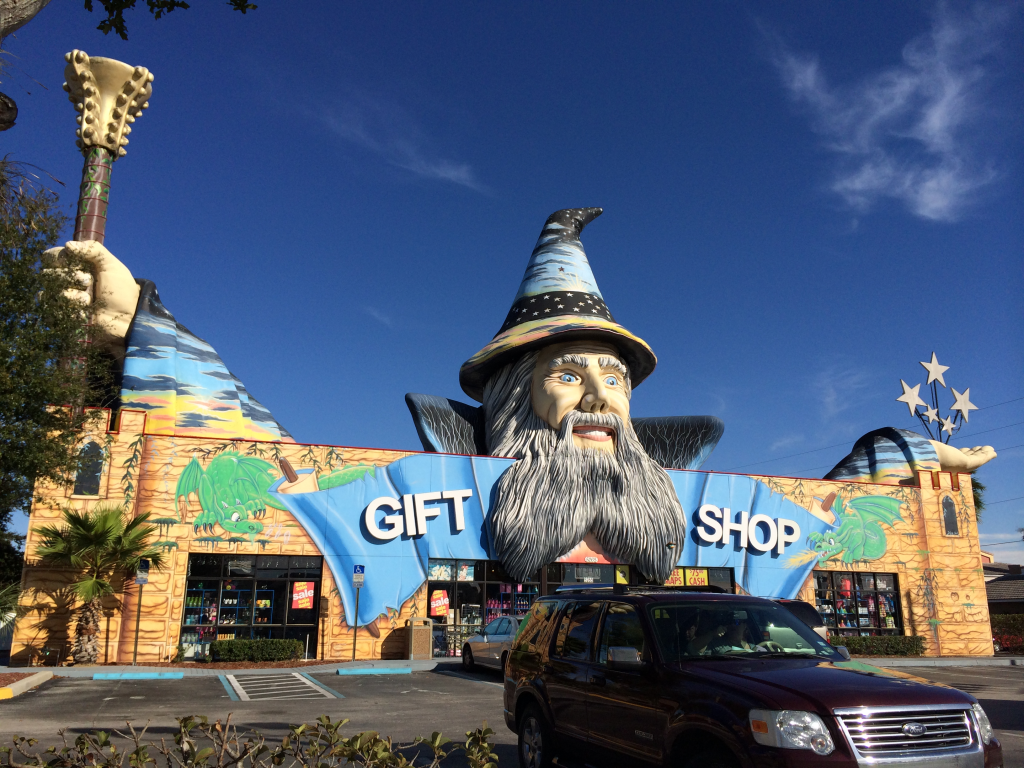 I'll be easing back into the blog this week and I thought I would share a few finds from the trip like this one: I think this could be turned into the coolest-looking game shop/comic book store I've ever seen. This place is in Kissimmee near Disney and almost seems wasted as a mere gift shop. 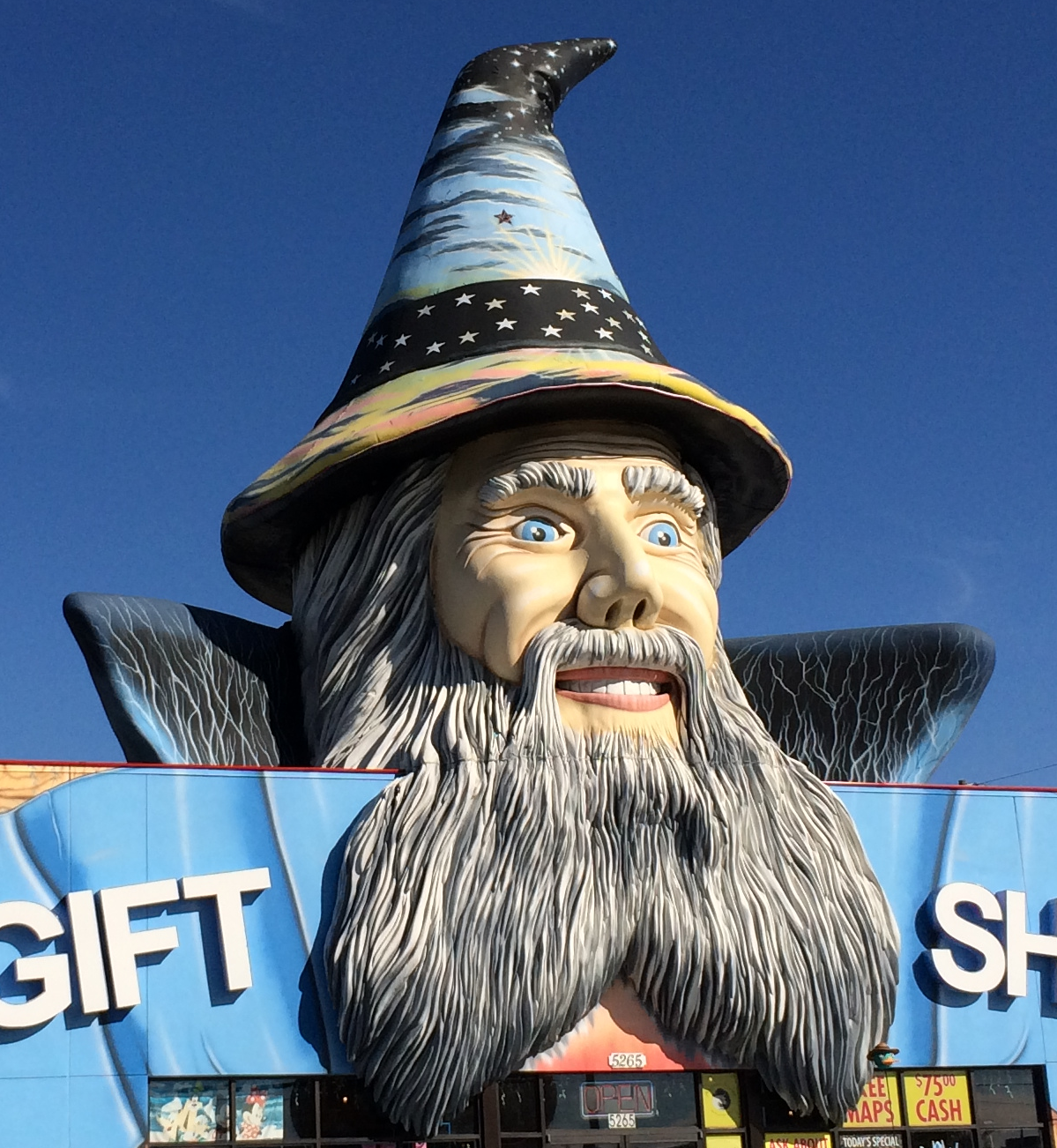 I mean really ... what higher purpose exists for this guy than to be a beacon for all gamers? 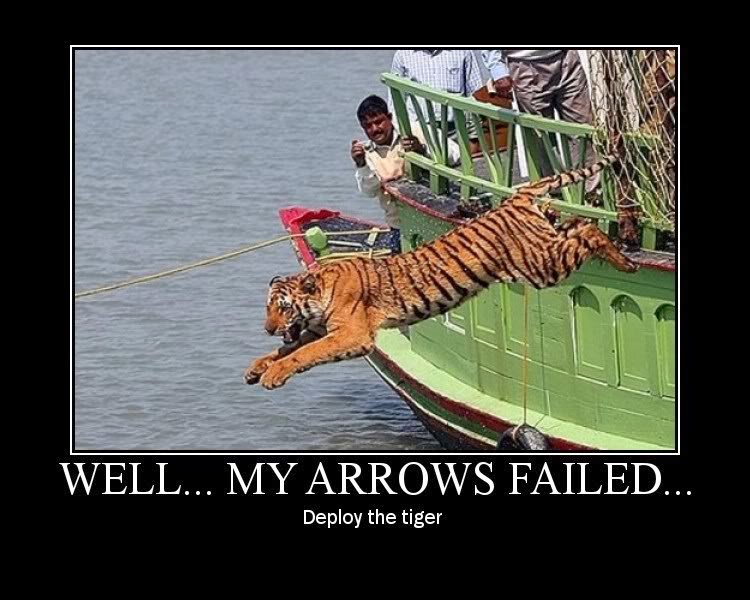 For some reason this one popped into my head at Disney a few times so here it is to start the new year off right.
Posted by Blacksteel at 7:00 AM No comments: