The Most Interesting Character in the World - for ICONS 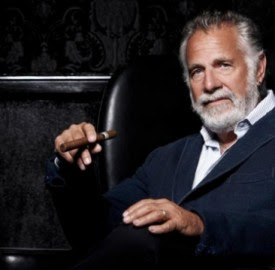 A legendary figure, TMIMitW has been around since the late 20th century and possibly longer. He lives much of his life below the radar, surfacing in the public due to a rare interview or public endorsement. 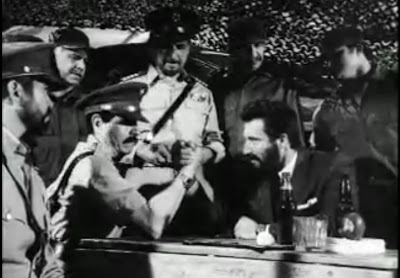 Prowess - 5 (Excellent) - a casually trained fighter, he combines a lifetime of experience and a lot of knowledge into a formidable package

Coordination - 5 (Excellent) - though he is older now and not a quick as in his youth he is still quite a bit more coordinated than the average, less interesting man.

Intellect - 5 (Excellent) - Still as sharp as ever he is quite inteligent, insightful, and resourceful.

Awareness - 5 (Excellent) - He is very in tune with his surroundings, whether it be the jungles of Africa, the Mongolian Desert, or a cocktail party in Paris 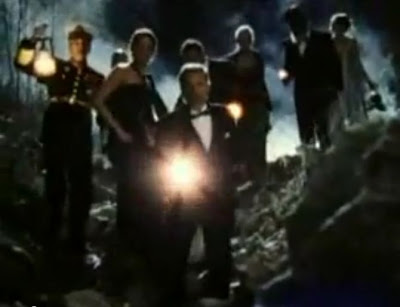 The Most Interesting - In an age when everyone strives to be intriguing, TMIMITW can't help it. He is unselfconscious yet profoundly self-aware, hard-nosed but friendly. He "lives vicariously through himself." This is not awarded by some outside force, it's just something everyone naturally agrees on. This means that merely being in the same room often draws people closer and often prompts them to start a conversation if he is not already having one. This is best tagged in relation to physical presence or somehow tied to a conversation. It's a flavor of super-charisma in some ways and should be easy to tag in most social situations. Think of him as the pop-culture Chuck Norris of charisma and you have it right. 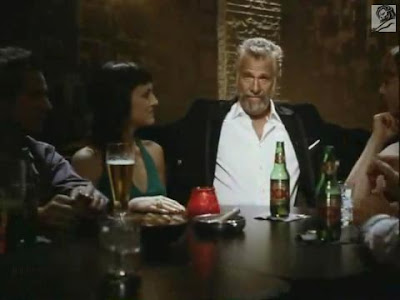 A Life Lived Well - "Most people are safe in their own world and don't experience the total spectrum of life. Life is like a parade most people are watching." One of the things that makes him interesting is that he has been a part of many things in his life, many of them just a notch better than what most people experience. This is a man who is often a traveler and never been a tourist. He wasn't just a fisherman, he was a fisherman in the Philippines when the volcano erupted. He doesn't just drive fast cars, he filled in during the 24 hours of LeMans when one of the drivers wore down. He didn't just go hunting he was part of the expedition to central Africa that captured the Most Dangerous Animal in the World - then took it to a safe habitat at a wildlife park and threw the greatest party in the world in 1987. This is a pretty general ability but should be a lot of fun - think of a "one-up guy" that you have known. Now do that while being cool and likeable and not annoying and desperate - that's this quality. The taggability of this lies in coming up with a similar situation tothe one you face right now and recalling how you handled it then. 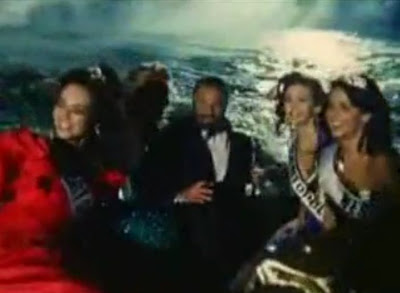 Not as Young as He Used to Be - Even the Most Interesting Man gets older, although that really just makes him that much More Interesting. Occasioanlly, despite his Excellent physical condition, he has trouble keeping up with his own high standards. Any physical challennge is open to a DM tag on this - hopefully the Determinaiton arising form this helps to resolve an interesting situation. Note to DMs: Please don't overdo this. He's older now, but he isn't crippled or enfeebled. Once per session should be plenty. 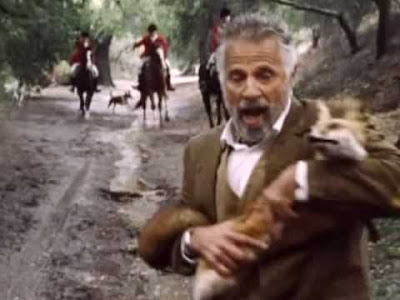 Points: 36! Awesome! Reasonable stats and no powers makes for a remarkably cheap hero, and I would happily play this guy in a game without feeling overshadowed - after all, how do you overshadow the Most Interesting Man in the World? Determination of 6, some very flexible Qualities and an easily tagged Challenge means you're going to have some options - get very familiar with the Determination rules! 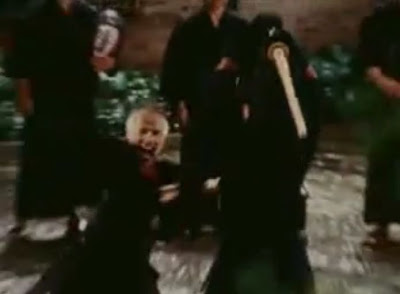 In play I see him as sort of like a Batman or Reed Richards but using history, experience, and charisma instead of science, knowledge, and gadgets. If Galactus threatened the Earth and TMIMitW was our only hope, he would sit down with him, have a few drinks, then lead him and the Surfer off into space on a new adventure - then he would return later and let his friends know how it went! He's not a combat monster but he isn't helpless either. Beyond basic fisticuffs, if he encountered fiery super creatures he might use a point of Determination to retcon a firehose in the next room and use it against them. To take it up a notch he might retcon a tank of liquid nitrogen and freeze them with it, because anyone can put out a fire with water but not everyone can freeze it in place!

Personality-wise remember not to over-specialize him. He's not a trained fighter but he's pretty good. He's not a trained scientist but he's pretty smart. He's not the Best Pilot in the World but he's better than most. He is not typically vengeful, petty, fearful, despondent, or bitter - he is quietly and confidently optimistic most of the time and many of his enemies end up thinking of him as a friend - they just can't help themselves. Just keep in mind that even in a world of supers he has seen and done and just been a part of many things that most people have not. 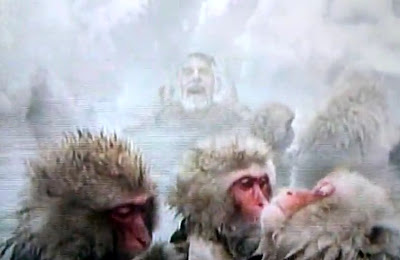 When in Rome, they do as he does.


Sharks Have a week dedicated to him.


His beard alone has experienced more than a lesser mans body.


He has amassed an amazingly large DVD collection, and has never once alphabetised it.


If he were to mail a letter without postage, it would still get there.


Every time he goes for a swim. Dolphins appear.


Alien abductors have asked him, to probe them.


If he we’re to give you directions… You would never get lost. And you’d arive at least 5 minutes early.


His legend precedes him, the way lightning precedes thunder.


His reputation is expanding, faster then the universe.


He’s a lover… Not a fighter, but he’s also a fighter, so don’t get any ideas.

I think it could be a lot of fun to include these as elements of the "Most Interesting" quality and allow the player to tag any of these once per session if they can find a way to work it in - there are whole websites devoted to documenting these, so why not use them? Of course, you need to announce them in the same voice the announcer does as you bring them into play. Here's a link if you need a refresher.

Even misspelled it's still kinda funny... 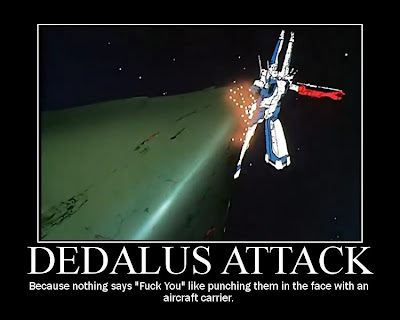