Note for the week 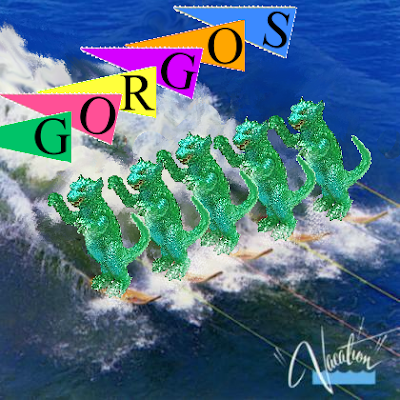 ...Vacation
All I ever wanted
Vacation
Had to get away...
- at least until next week. 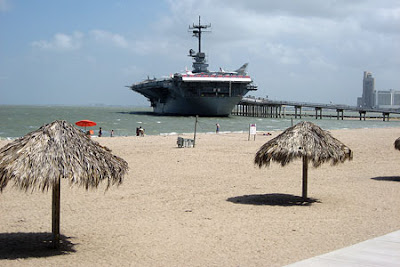 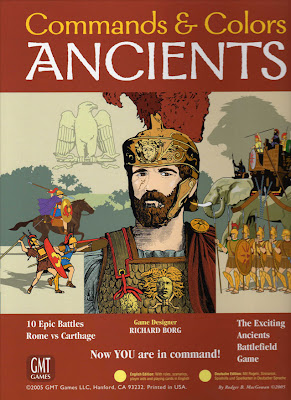 Something new! Schedules this summer have prevented us from playing RPG's with the Apprentices. Frustrated with this state of affairs I decided to introduce Apprentice Blaster to one of my wargames and so we set up the first scenario for Command and Colors Ancients. This is a newer style wargame that while still played on a hexgrid it uses wooden blocks for pieces and cards for issuing orders to your troops. This first game focuses on the struggle between Rome and Carthage, with expansion sets focusing on Greeks/Persians, Imperial Rome, and the Late Roman struggles against barbarian invasions. It's a fun game that plays quickly and is realistic/historical enough to make me happy. The wooden block aspect also scratches my itch for ancient miniatures games, and since I discovered this game my 15mm Romans and Thracians have been gathering dust in the garage. 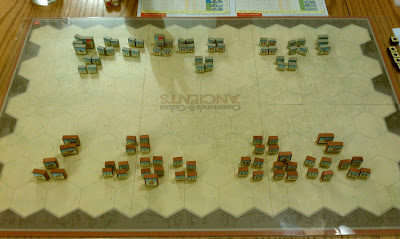 The Romans begin in a line formation  with a LOT of heavy infantry in the center, some auxilia and light bows on the left and right, and some cavalry on the wings. The Carthaginiains begin wit ha lone heavy infantry unit in the center, supported by medium infantry, auxilia, and some light bows and light infantry on the left and right. They too have some light cavalry on the wings but they also have some heavy chariots on each wing, leading to some interesting possibilities.

The Romans started things off with some limited manuver and some ineffective archery*. The Carthaginians responded in kind, inflicting light casualties on an overly bold cavalry formation. C&C battles often start this way (which is pretty historical) and then Mercury smiled and suddenly the Roman general lit a fire under his core of heavy troops and they advanced on the double - then they did it again and all of a sudden the Carthaginiain line is being mulched and driven back, and the Romans are up 3 banners to none. 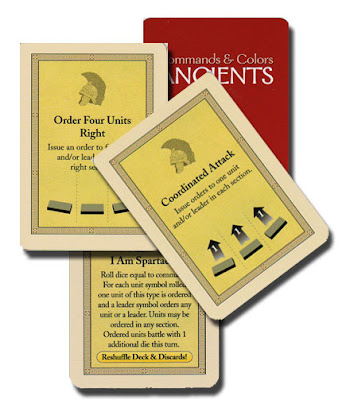 The always-cool Carthaginian commander quickly rearranges his troops, isolates the maniple being led personally by the Roman general, and smashes it with his own bodyguard of shock troops, smashing it and killing the Roman general! The renewed assaul by his line also wipes out another beaten up Roman unit and suddenly things are now much more even at 3 baners to 3 banners. The battle hangs in the balance!

Both lines battle back and forth with scoring a decisive result until a foolhardy Carthaginian sub-general makes a distrous error and manages to get himself killed and even though his unit survives another unit nearby is overrun also and so the Romans win the battle 5 banners to 3 and the Carthaginians withdraw in shame.

So Apprentice Blaster wins his first game. He got a little cocky in the middle when he was up 3-0 but he settled back down when things evened up and he realized anyone could have won the game. He was pretty happy with it and wants to play another. 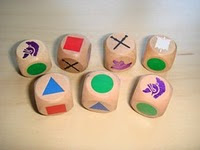 *Combat uses special d6's. Each die is marked with a green circle (the symbol for light troops), a blue triangle (medium), a red square (heavy), a helmet, crossed swords, and a flag. The basic idea is to roll the color symbol that matches the type of troop you are fighting. So when my light bows are shooting at a unit of medium cavalry, I want a blue triangle result as that's what scores a hit. Green or red means a miss. In hand to hand the corssed swords also mean a hit, so the odds jump from 1 in 6 to 2 in 6. If I have a leader in the attacking unit then a helmet result also means a hit. A flag result means a retreat which can also be devastating as units rout into each other or off of the board (which is worked out as additional casualties). The number of dice is determined by the type of unit attacking - light troops usually roll 2 dice, mediums roll 4, and heavies roll 5. So you can see a unit of heavy infantry with a leader is pretty nasty, while the typical unit of light archers that throws 2 dice and has a 1/6 chance of doing some damage is not a heavy hitter at all.
Posted by Blacksteel at 1:00 PM No comments: 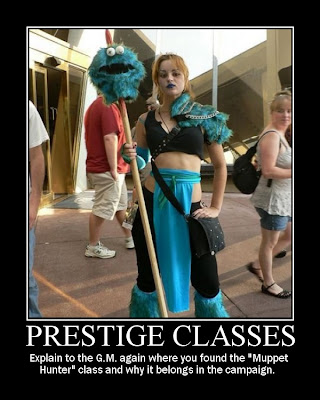 Posted by Blacksteel at 8:00 AM No comments: