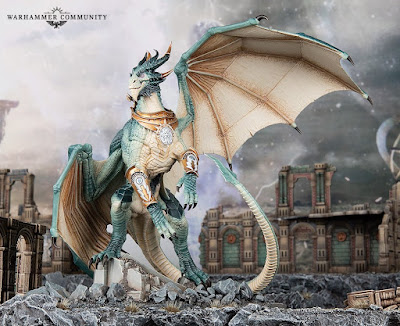 There's a cool post over on Warhammer Community that runs through the designs of dragons for Warhammer over the decades and it's worth a look if you've been around fantasy miniatures for any length of time. There are 4 or 5 of the metal "S" dragons floating around here so it felt relevant. You can see changes over time in all of the fantasy ranges, not just Warhammer, and the trend has been towards the bigger and bigger, especially the last 5-10 years. That's one of GW's brand new big dragons up top and I admit it's pretty impressive and hits a lot of the right notes for me. 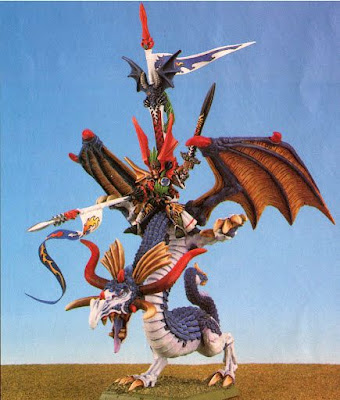 This is one of the classic S-dragons, maybe the first as the high elves were I believe the first army to be able to take an actual dragon as a mount for some characters. This version was around 4th edition (there was at least one earlier non-S version for 3rd) and set the pattern for many years. I have a pair of these, plus a pair of the dark elf version of the same vintage, plus some of the orc war wyverns with a similar look. I had mixed feelings about some of those color choices even when this thing was new but that was the look they used across the entire range. 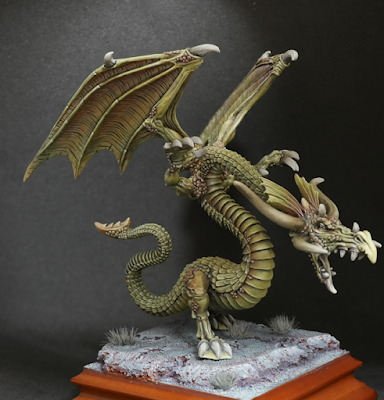 This is probably the least-Warhammer paint job I have ever seen on one of these beasts but it does show that the old models hold up pretty well if painted well. This makes me want to do something with my unbuilt models like this. 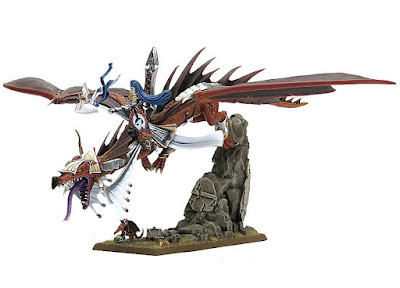 I remember when these came out for 6th or 7th edition and it was shocking ... compared to the old guard metal models above this thing is just a revolution. That pose! Apparently plastic does allow a much greater range of options as there's no easy way to get something like that out of the old versions. It would take a ridiculous amount of pinning and also never moving it anywhere for any reason to get one of the older models to look like that. 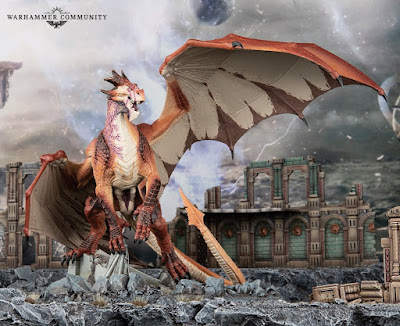 These newest versions ... that's another one up there ... they're just amazing. bigger and beefier, less serpentine and more dino-beast. They look more like D&D dragons have looked for a long time. Also more of a Hildebrandt-looking dragon: 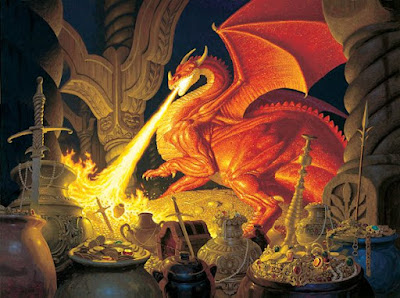 Nothing wrong with that. I've probably used my old dragon miniatures more in RPG encounters in recent years than in straight-up miniature battles in recent years. It's always a big moment when a dragon shows up - at least it should be - and I do like having a decent miniature to drop when they do. Even the RPG-specific dragons have much bigger options now than they used to with some of the Pathfinder Battles gargantuan dragons coming on an 80mm base.
Anyway it sent me down a trail so I thought so I would share.
Posted by Blacksteel at 12:00 PM No comments: