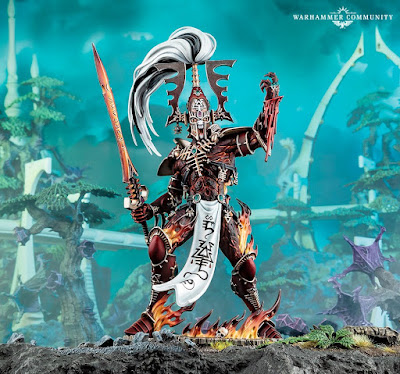 There hasn't been much 40K action around here lately. Blaster and I are both interested in the big Eldar update coming in their new codex. It looks like they're rolling Harlequins back into the main book and adding options for Corsairs too so it will be the "Big Book of Everything Eldar" once again - aside from the Dark Kin anyway.

I've considered starting a Custodes army since it would be nice and small but I really need to finish the Necron Project I started last year. Got a lot done in December and then slowed way down in January ... I'm stuck on the "clearcoat" phase for a bunch of the army since it's been cooler here and a spray clearcoat is not something you want to experiment with below 70-ish degrees.

The Blood Angels expansion continues as well. Still working on Death Company and Sanguinary Guard and I've added some painted Terminators and bikes ... and Rhinos. Not the most exciting unit and I held off for some time figuring I would mostly be jumping or drop podding or Stormravening-ing my troops in but ... a marine army should have some Rhinos in it ... or at least available. Now they do. 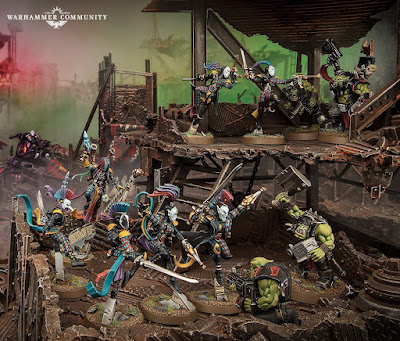 What has actually been getting some table time so far is Battletech. I mentioned it in the New Year's Eve post and the starting off 2022 post and it has continued steadily. We are playing again tomorrow and it's a lot of fun seeing it through fresh eyes again. I'm impressed with the effort that's gone into the current version of the game and the miniatures in particular - enough that I have picked up some pieces. Yes, I actually spent money on Battletech! That's a first for this decade at least, maybe the last two. Time spent playing it does matter.
I'll put up a full post all about it in the near future. 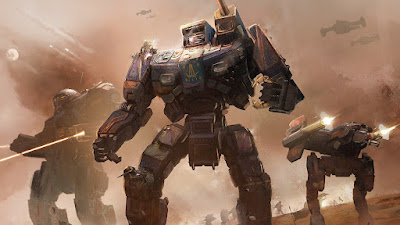 Starting off the year I really thought there would be more Star Wars, particularly X-Wing and Armada as mentioned in those earlier posts. Well, I picked up some stuff, put them together, looked through the rules ... nada. Not much interest here right now. So, back on the shelf they go ... maybe a little later down the road they will see some action.
That's pretty much it on the miniatures front this month. More to come on Battletech at least in the near future.