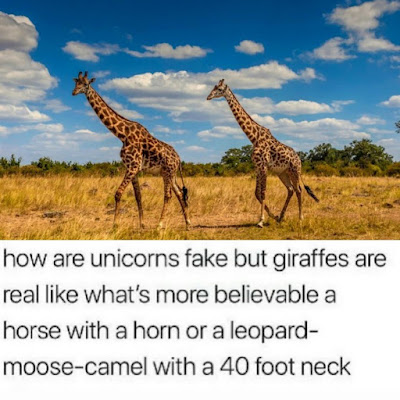 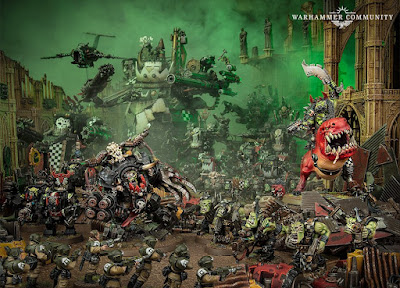 No I don't have a copy of it yet but there have been much sharing of the contents of the limited edition book that some people do have already. So we know how it's going to work. 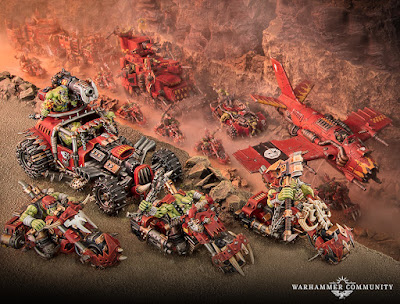 For Orks, while 9th edition has been out for over a year and people have mostly adjusted to that change we are now in the "new codex" phase and like most of the 9th edition books it is an extensive re-working of how the army works. Not so much in the units themselves - though there are a lot of new ones here - but in how the weapons work, how the leaders work, and how morale works in particular. I thought I would hit the highs and lows in general today: 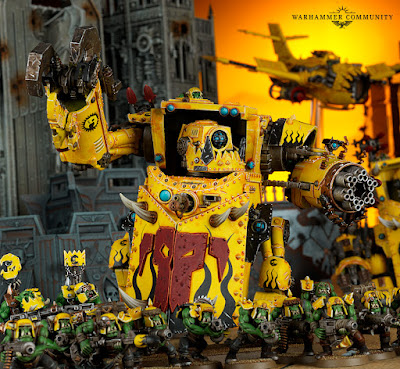 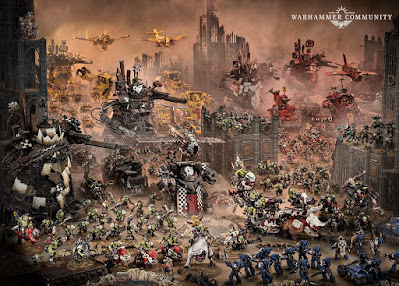 For me I'll have to learn to live with these changes over the rest of the year. My normal ork force is a bunch of goff boyz on foot or in battlewagons with deff dread and 'naut support so there are definite impacts here. I have no big take on the beast snagga boyz yet ... I'll probably try using my skarboyz as beast boyz at first. Part of the fun of a new codex and new edition, right?
Posted by Blacksteel at 12:00 PM No comments: 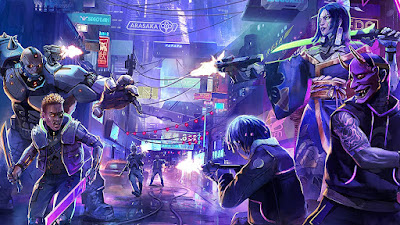 Well apparently it's that time of year as I did this last year too. With an opportunity to run something that isn't D&D or Pathfinder as a possible ongoing game I started digging into options and found a lot of the same options as last year on my mind. Trying to narrow it down a bit:

One that I thought might be a fun idea is Cyberpunk Red, but after reading the quickstart box ... probably not. I have a weird relationship with the game. The system looks great. I know it's good and I really want to like it but the setting I think is too much like a Wild West game without any supernatural elements: Everyone has a bunch of cool abilities they want to try out but after one good firefight half the team is dead or in the hospital for a month. I think that lack of powers or magic or psi or that "extra something" leaves my group with a lot less interest than they might have.
Plus ... anytime I start thinking about scenarios/missions/adventures I keep thinking it would be more fun ... a lot more fun ...to do this in Shadowrun. I guess I'm just a Shadowrun guy and not a CP guy at heart. I think with a good GM it could be a lot of fun and I would definitely play it given the chance but that GM is probably not me. It just doesn't speak to me in the right way.
So that's where things stand at the moment - more to come.
Posted by Blacksteel at 12:00 PM No comments: