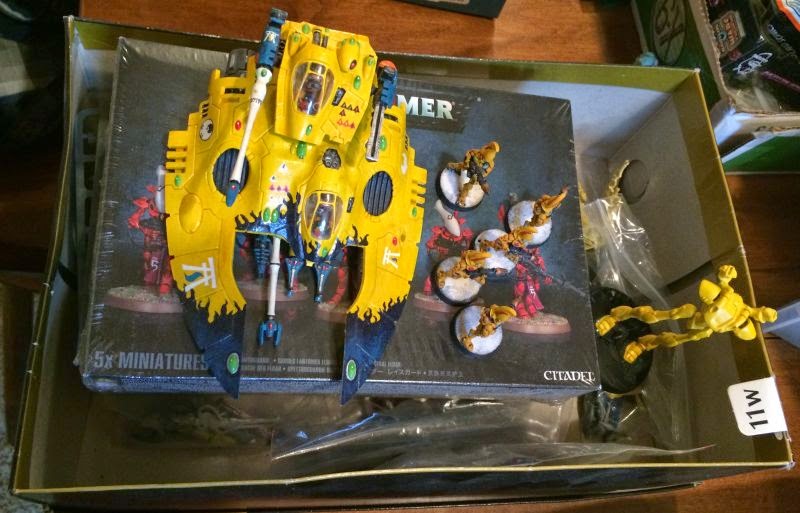 The Iyanden Eldar are waiting to be assembled or painted. The holdup at the moment is basing, as in "I'm trying to decide how to base them".Simple grass or turf (or snow) gets them done faster and doesn't require any new acquisitions but there are a lot of nice custom ruin bases out there that seem appropriate for an Eldar force. A smaller force like this makes it easier to do, though potential future expansion would mean I would need more of the bases too. I am undecided for now.

For the Chaos Marines, I have two units in-progress: 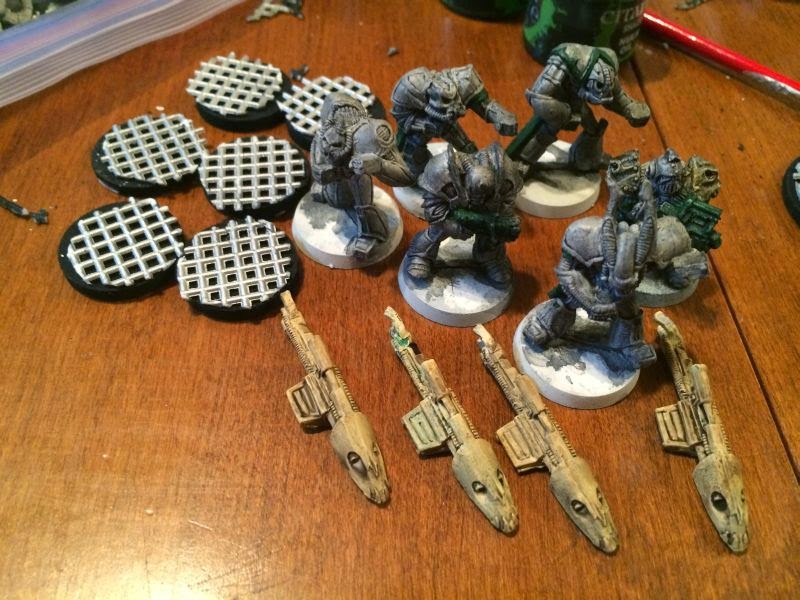 The Havocs are coming along. That gray color will be white when I am finished, with green as an accent color. I'm going for a pre-heresy Death Guard look for these, with different units of the army in different stages of corruption. These guys, while clearly being altered in that interesting Rogue Trader Chaos way, are going to be fairly pure in a color sense. contrasting with the plague marines and the possessed who are way gone. I started going for a bone look on the missile launchers but I'm switching that to green to keep the look more uniform. 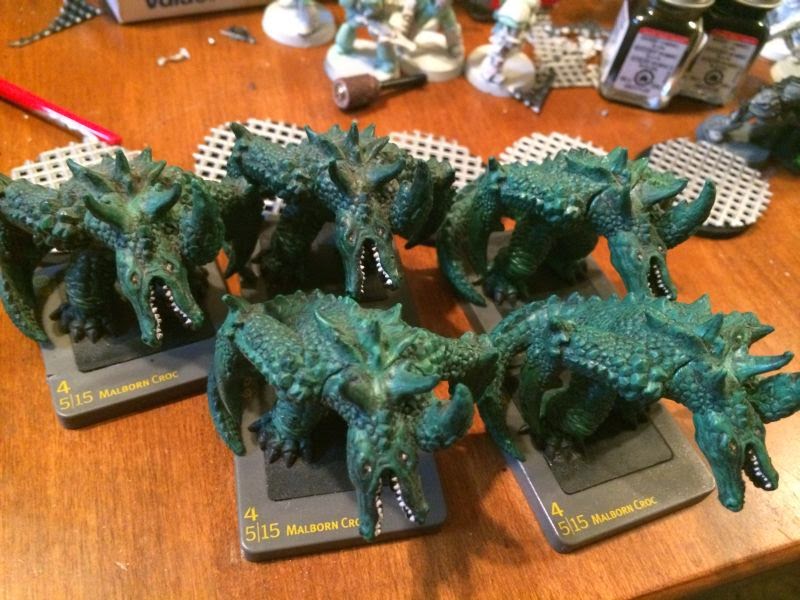 These are my future Chaos Spawn, the "Malborn Croc" miniature from the "Dreamblade" game WOTC put out a few years ago. The GW spawn mini's look like spindly tentacle monsters and that's fine for some things but I wanted a different look (more power, less tentacle) and these look like a twisted mass of animal muscle that's ready to punch in the side of a tank. They look like something that might have been locked away in the bowels of a drifting space hulk, right? Some inks and new bases and they should be a pretty easy conversion.

That's the update for this week. After these two units it's time to get the plague marine squads in shape.
Posted by Blacksteel at 12:00 PM No comments: