I haven't played any 40K in the last 2 months but I have been working on some of the armies. Details below: 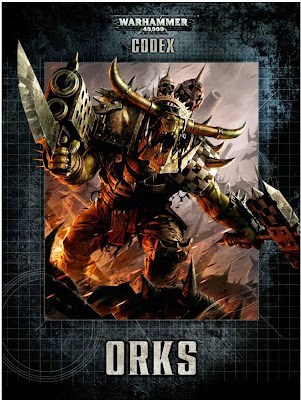 I finally picked up the "new" codex and started going through my existing army. This was going to be a project for 2016 but I decided I wasn't that far away from a usable force and I already had the parts. The "right now" force is shaping up like this:

This is just a regular CAD force for now and ends up around 2000 points. I have enough boyz to use the Ork Warband formation and the Ork Horde has some potential too. The biggest problem at the moment is that Heavy Support slots are over crowded. I'm working on a second CAD force as a Mekboy force - Mek Gunz, Kans, Tankbustas, another battlewagon, etc but the points get really high with "everything". It's going to take some experimentation to figure out whats fun for small/medium/large point values. The good thing is that almost everything in the above list is painted and finishing it up won't take much time. That's really the goal here is to get something together I can put on the table in a week or two. 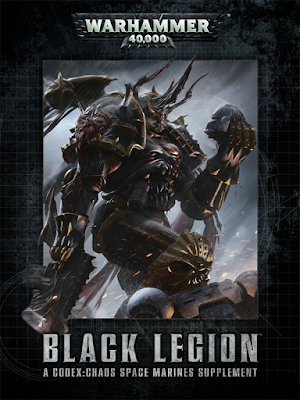 The Iron Warriors "ally contingent" (cough) has expanded beyond its original purpose and is becoming a full-fledged second Chaos Marine army. At the moment that's 3 squads of CSM's, a Rhino, a Helbrute, and a Heldrake, led by a Chaos Lord and a Warsmith. All of it is painted too, which is nice. Future goals include more rhinos, a triple-lascannon predator, and maybe some vindicators. I plan for it to be my vehicular CSM army so there's a lot of room to grow.

Force Bane, the plague marine army, has not changed much. I am up to 6 squads of plague marines and I am still painting them. That's really the core of my army so I want to do it right. I've also made a little progress on the chaos spawn and it should take much to finish them up. once that's done it's really just touching up the havocs and then the Nurgle bikers and some terminators are all I have left to finish. Can I finish it this year? Hard to say. It seems totally doable, but the other armies on the list may distract me. 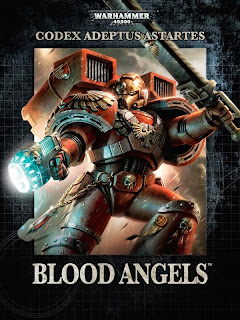 All army parts acquired, very little work done on building and painting them. Pretty much the same plan as outlined in this post, just not much to report. 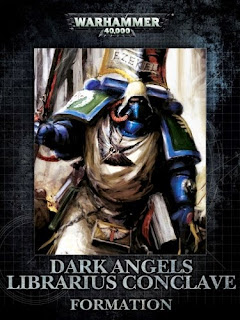 Not much progress here either. all parts acquired, all tanks built, squads and weapons allocated, everything base coated, but not much infantry actually completed. The basic outline is still the same as what I described in this post.

I did add the Deathwing Knights and the Crusader. I also added a terminator chaplain as a possible second HQ unit (instead of the librarian) because he makes the Knights even nastier in melee and adds a little more punch to the squad - probably more than 2 warp charge dice are going to bring in a bigger battle.

I added a third tactical squad to increase my options to something besides "more plasma". I have not added a third rhino to transport them as right now I see it more as a swap-out option than as adding a third squad to a fight.

Finally I picked up a second Razorback to serve as a transport for the devastator squad. Why not add another vehicle and another heavy weapon to the mix?

Oh boy, Eldar got a new codex and I've been furiously rearranging and acquiring the elements of what I want the army to be.

I was working on an Iyanden-style all-wraith army as my core and the new codex slightly alters that with a new formation. I have all the pieces, I juts need to build and paint them now - same old story.

I also started refining my non-wraith units to form a Guardian Battlehost. I have everything for it except the artillery so that's high on the list of Things to Acquire. Supplemental forces will include aspect shrines and possibly the wraith host too.

So for smaller battles I can go with a CAD and/or the Wraith Host. Bigger fights could bring out the Battlehost formation with some extra support.

The newly-squadron-ed eldar tanks are interesting but I don't have enough of them to make use of the special rules. I did pick up a pair of wave serpents to give the wraithguard some mobility but that's as far as I've gone.

For this army I have plenty of options. the goal is to get it to a playable state and start figuring out what works and what is fun to play and moving in that direction.

So ... five armies all in various stages of building. I don't know if I will "complete" any of them this year but I hope to get them all into shape as a playable force - even a small force - and get in some games with each of them. I don't recommend this approach if you're just getting started but it's where I am at the moment.
Posted by Blacksteel at 12:00 PM No comments: 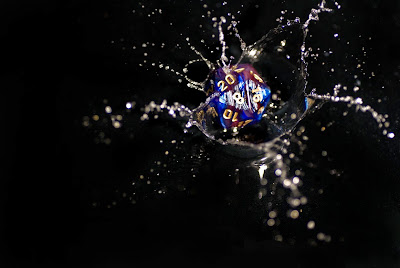 I haven't run or played anything in more than a month - taking care of business etc. I have had some time to reflect on the whole hobby though.


All of these things may sound obvious but I think that we (and I know I do) often sink down into the daily or weekly routines and don't really assess what the upsides and downsides are of these things.  For a casual player who owns a few books and plays a few times a month it's probably not that much. For those of us who are more into it though, who are constantly running, playing, or thinking about them, it can be difficult to step back and look at the bigger picture.

On one level, no matter what you're playing you are having fun spending time with friends and family and that's a good thing to have in your life on a regular schedule.

But it doesn't hurt to ask questions of oneself: Is this still a good way to spend my time? What else could I be doing with that time/money/effort/mindspace? Do I need all of this stuff? Do I truly enjoy the specific game I am running? How about the people I am playing it with? Where does this rank among my priorities? What about my other interests and hobbies?

If you're a single guy in your teens or twenties you probably have a different set of conditions than the forty-something married with kids guy who is writing this, and that's cool because I was there once too. Things change though - relationships, living space, finances, families - all can have an impact. For me there were the junior high /early high school days, then the later high school days with a job and a car, then the college days with new friends, and then the post-college days of singlehood and full time employment, and then the family days of adding a wife and kids on top of the full time job. It's worth re-assessing the whole picture every so often to see how it's working for you right now.

Now I'm not planning any drastic changes for myself right now. I considered thinning out the RPG collection but there's not a really urgent need to do so. I did end the Necessary Evil/City of Heroes game because while it was fun I was having trouble meeting the commitment and it just is not worth the aggravation when I can't maintain it like I want to. For now I'm running the one Pathfinder campaign bi-weekly and playing in another one monthly and that's enough. Anything beyond that will probably be one-offs or a limited 2-3 session game planned that way from the start. I feel like I need to spend a little more time with the non-RPG'er friends and family and that's the way I see to do it. I'd love to run a regular, ongoing supers campaign but if there's any genre best suited to short runs and one-offs it has to be superheroes and that's how I'm going to handle it for now.

I know it's not for everyone but right now I am totally happy running and playing Pathfinder. I accepted long ago that I would always have a "D&D" game if I was playing at all, and anything else would be a bonus after that. If I can work in some M&M/Champions/ICONS?Marvel after that I would be very happy too.  Spirit of 77, Feng Shui, Deadlands, and other Savage Worlds games are going to have to be one-shots or irregular games at best. Star Wars and Star Trek are "someday" games where I'm going to have to round up some new players to make them happen and I just don't have the bandwidth to do that - but I might someday.

So I'm still going to be involved in RPG's and they are still one of my hobbies. I may not have quite as much to say because I'm not as worried about the day to day new type stuff about them right now and I'm not running quite as much as I have been in the past. I will talk about what I do run here though and try to keep the focus on running and playing and less on theory, news, and generic stuff. More "games I like and am playing" and less "gaming stuff" in general.
Posted by Blacksteel at 12:00 PM 1 comment: