5E Gets Elemental and Evil 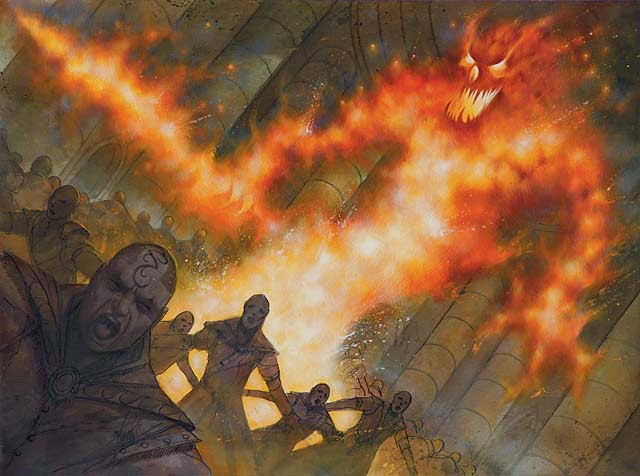 This was an interesting bit of news yesterday over at EN World. Apparently there's a player-focused book ...

The Elemental Evil Adventurer’s Handbook provides everything that players need to build a character that is tied directly into the Elemental Evil story arc, with skills, abilities, and spells meant to augment their play experience throughout the campaign.

... and at least one big adventure:

Called by the Elder Elemental Eye to serve, four corrupt prophets have risen from the depths of anonymity to claim mighty weapons with direct links to the power of the elemental princes. Each of these prophets has assembled a cadre of cultists and creatures to serve them in the construction of four elemental temples of lethal design. It is up to adventurers from heroic factions such as the Emerald Enclave and the Order of the Gauntlet to discover where the true power of each prophet lay, and dismantle it before it comes boiling up to obliterate the Realms.

Good News: 5E is going to spend at least part of 2015 exploring some Temples of Elemental Evil.

Bad News: That's kind of been an iconic Greyhawk thing, not so much a Realms thing. As someone mentioned in the thread it's like setting "Ruins of Myth Drannor" in Greyhawk.

Now I set a ToEE game in the Realms not all that long ago, but that was a conscious change on my part to keep all of my campaigns in the same world.I spent quite a bit of time agonizing over where to put it but I ended up with a compromise I liked. It seems like a revisit to the whole Elemental Evil concept would be a great way to spotlight Greyhawk as a setting, but that's not how this is going to happen.

Hopeful Prognostication: WOTC seems to be aiming at a limited campaign/Paizo-style Adventure Path approach to adventure and setting material. If this is a popular run then they could bring it back in a few years with a "return to the original source" campaign set in Greyhawk. 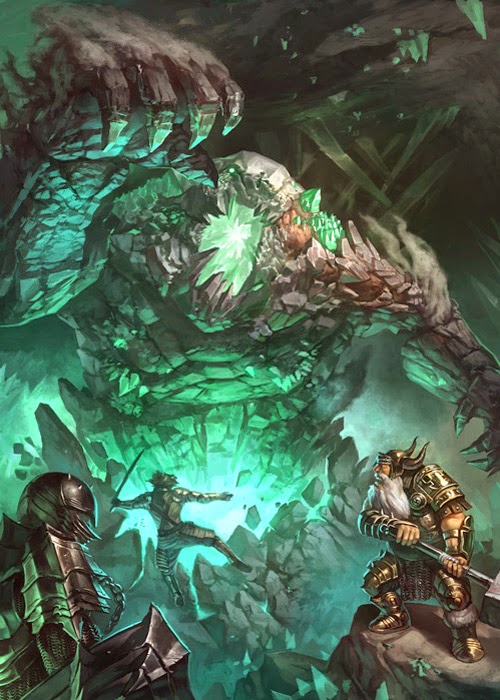 Kicking it off with Tiamat did nothing for me - to quote an old post here:

Some people are surprised that WOTC is painting Tiamat as something fresh or as a neglected major villain - she was the big bad in both a big 3.5 adventure (Red Hand of Doom) and WOTC's 4E Adventure Path (Scales of War) - which fits with my view as I think she's showing up way too much, right up there with Orcus. I don't know where it happened but it's started to feel like D&D in general only has about 5 major forces of evil. I'm not kidding, if you look through everything from novels to Encounters to published adventures, almost all of them tie in some way into one of these:

Maybe we could spend some quality time with some other major evil with 5E? Jubilex? Gruumsh? Dispater?

Now even though I listed the Elemental Princes as one of those common bad guys, they have been used far less than the other 4 so I am still interested, moreso than with any other adventure type announcement I have heard so far for 5th. I'll at least keep my eye on this one.
Posted by Blacksteel at 9:25 PM