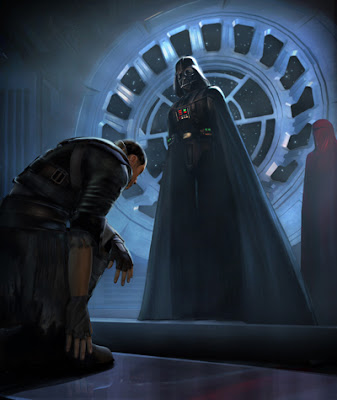 Little things pop up and grab you sometimes. Last Saturday night I was kicking off my Star Wars Saga campaign in the living room while Apprentice Blaster was running Apprentice Red and Apprentice Who through the Dragonsfoot module The Haunted Keep. I didn't really pick up on how amazing that was until after most of the players had left and one of my players (who also runs a game) and I were sitting around shooting the bull about the game and old games and my kid comes and sits down and joins in, talking about what went well and what didn't. It just happened and then I thought about it later - that was pretty cool, both for the father-son thing and just having two RPG sessions going on at the same time in the same house.

We're in a really good, happy place right now, and all of the kids give me a lot of reasons to be happy with them, but I don't mention them here because this is mainly about our games and gaming, not everything else. It's just a real kick to watch them organizing their own sesisons and working out how to handle things and writing up new characters and ideas. It was Apprentice Who's first D&D game and he had a good time though it was a bloody as most low-level Basic D&D games. He got the 4E starter kit for Christmas but the others thought Basic would be a better introduction for him. He's already played Icons and Star Wars and Marvel so it wasn't his first game ever, just his first time to Check for Traps and Save vs. Poison and such.

Anyway, session summaries to come on a multitude of games recently. Not the kids game - that's theirs and I didn't play in it. Although they did ask if I would play when one of them runs next to make sure we have enough characters. I said OK. Then I dug out some of my old Basic character sheets and set them aside. It's good to be prepared. Haunted Keep, here we come! 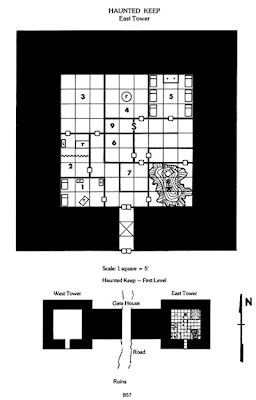