This is my most recent big pile of dice: 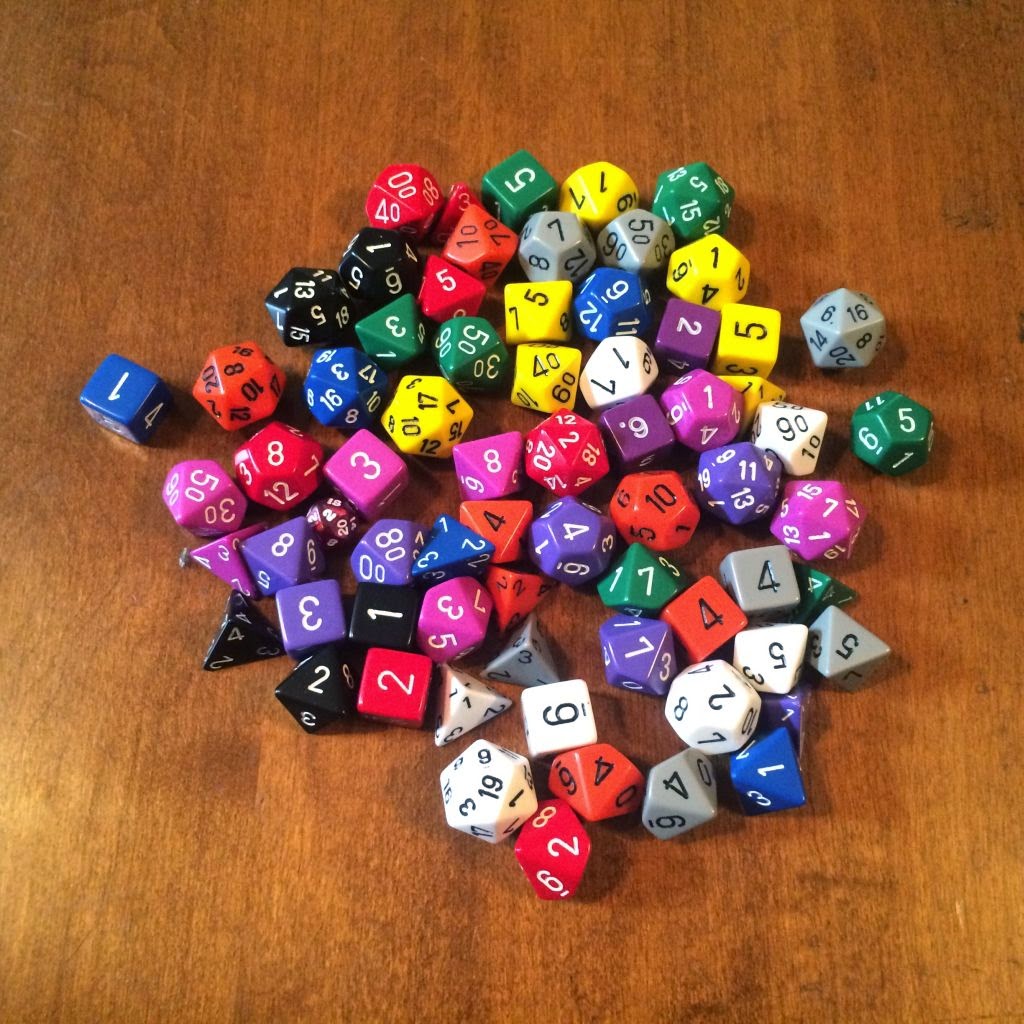 That's ten sets of Chessex opaque dice, one of each color available last year or year before when I got them. I wanted a new set in bright colors for MWP's new Marvel game (instead of the old black and red dice I had been using for D&D for years) so I ordered about half of what you see above. Once we started playing I realized I needed even more dice so I ordered the rest. It worked out nicely because that game uses everything but the D20 and Mutants and Masterminds uses only the d20, so I have a big pile of dice for both games. 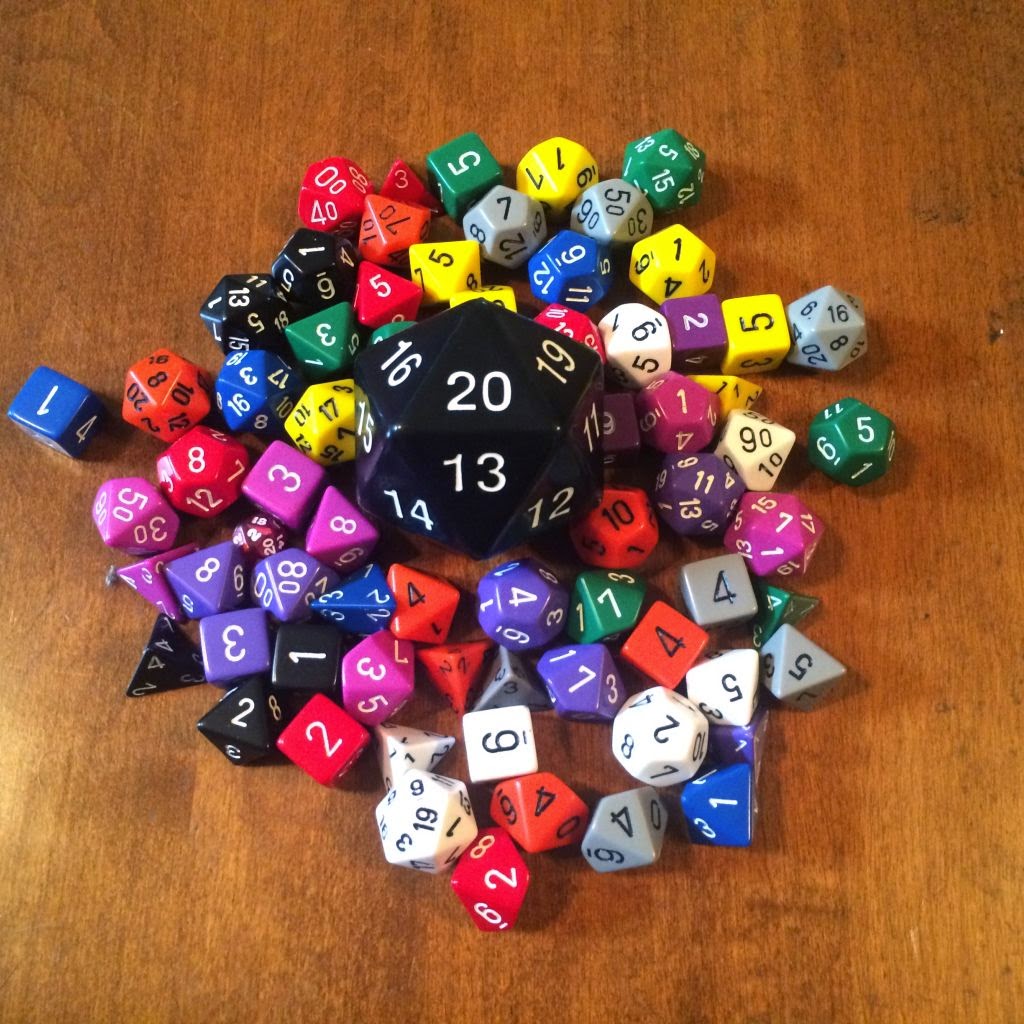 That big feller there in the middle is the "D20 of Judgment". I used to use it on particularly important rolls in my D&D 3E games. It's been in semi-retirement but I'm thinking if Omega ever shows up in an M&M game it's going to be his die. 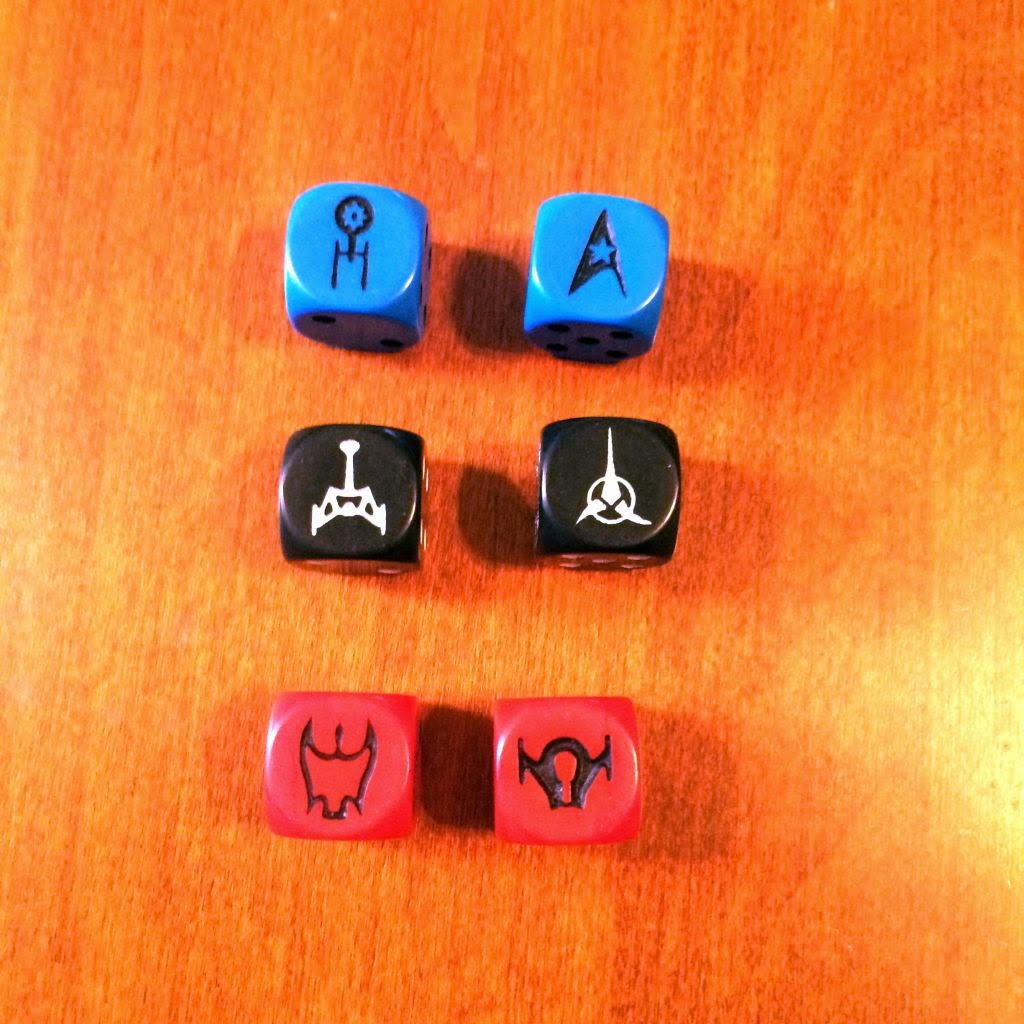 Honorable Mention goes to the Star Fleet Battles dice I picked up years ago. They have actually been getting some action lately with Federation Commander. In that game rolling low is usually good so seeing these icons come up - they replace the "1" - is a good thing.


Dishonorable Mention goes to the Chaos Dice I acquired somewhere years ago thinking it would be thematic to use them with my Chaos Army for 40K and Fantasy. They have spent the last 2 years failing me repeatedly and as a result I will not share their picture on the internet. Fame is for WINNERS! Try rolling some sixes for a change and then we'll see about getting you a moment of glory. I know this is contrary to the principles of dice shaming but I'm going to try it and if it works I will let you know.
Posted by Blacksteel at 12:00 PM