I've seen a lot of character deaths from the DM side of things but I will try and share a rare player character moment of my own for this one. 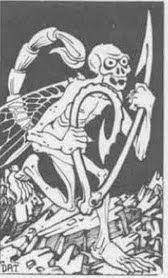 Circa 1981, we had a high-level group where all of us had multiple characters in double-digit levels. We each had a stable of characters and over time each had been in enough adventures to hit "name level" and above. We all had personal retinues of henchmen, followers, golems, and hirelings as well so we didn't need more than 2 or 3 players to mobilize a pretty formidable force and lately it felt like we had been steamrollering everything in our path. So we got the bright idea to gather all of our characters and invade Hell. Specifically, the first layer of the Nine Hells.

This would be our "Justice League" moment. I knew I was moving to Texas pretty soon so this was going to be my last big hurrah with this group.We would get all of the players in our group together, each taking one character (minimum 10th level) plus henchman/sidekicks/troops, and assault that first level. The planes were not as detailed in those days but we knew Tiamat was there and we were pretty sure we could take her.

I took Felarof, my 15th level magic-user, and my second-highest level character. He had a tower and followers and big pile of magic items. He had also crafted a flesh golem and a homonculous (hey, the rules are right there in the monster manual) and I thought he was pretty awesome.

We started looking at things and decided to make it two characters apiece, just to be safe. This meant we were looking at a "party" of 20+ high-level characters plus followers.

So Thelegarn, my 12th level illusionist and Dip the psionic chicken joined the assault. Dip was sort of a familiar and somewhere along the way turned out to have psionics. Things were looser back then. My illusionist had psionics (another reason he was going as we figured this would be useful against the devils that were sure to attack us.

Planing was akin to a raid in Warcraft - Fighters, clerics, paladins, mages - everyone had a role and a plan. Spells were prepared and a casting order was written down. Magic items were carefully distributed. Many of potions and scrolls were acquired. For a bunch of elementary/junior high kids it was pretty involved.This was going to be amazing.

Our DM was a kid too, but I know he consulted with some other DM's he knew to prepare for this one as he wanted to make sure it was truly Hell. 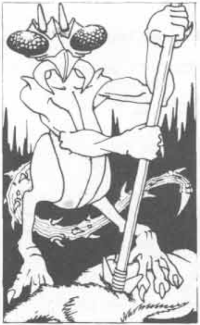 The day came, we Wished open a portal to the first plane of Hell and in we went, spells up, swords out. We started getting our bearings and headed for a giant mountain we assumed was Tiamat's lair.

First wave of devils comes in - Lemures and other weak ones - slaughtered, no problem.

Another wave, again, no problem other than some damage here and there. We were feeling pretty good. 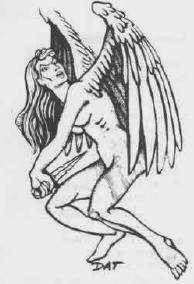 The third wave had a bunch of Erinyes and they were soon joined by a pack of Bone Devils  - I hate bone devils to this day, at least in part because of this expedition. Erinyes seem relatively weak but they are flying monsters that can turn invisible, have an unconsciousness attack, and every one of them carries a rope of entanglement. They went for the clerics, and that's when we started to take casualties. Mostly from the stupid bone devils who could also fly, cause fear, and turn invisible. They could also drain strength with their poison attack and losing a few points of strength was huge for fighter types back then. Dropping from say 18/00 to a 15 or 16 was devastating. We made it through this and several subsequent encounters but the confidence was shaken, if not gone outright. 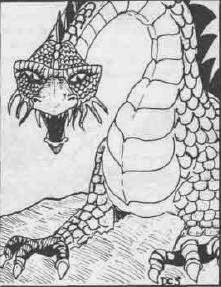 Now this was a long time ago and a lot of the details are fuzzy, plus it was a marathon session anyway, but we were making progress until Tiamat's bodyguard of dragons hit. Something we had prepared for, but the intervening devil assaults had worn us down. They laid into us and it got really ugly. I know we killed some of them, but we lost some characters too, too many after more devils swarmed in. An AD&D fighter is tough, but you make them roll enough saves and they're going to fail one sooner or later. There were enough breath weapons going off that everyone was losing a lot of hit points. Even with "save for half" 20 or 30 points here and there adds up quick.

Once Tiamat herself came in, it was over and we knew it. I decided to preserve at least one character so Felarof used a Wish to open another portal, shoved the illusionist (and his chicken) through it, and then broke his staff of power, killing a lot of stuff and himself. It's the only time I've seen a retributive strike in play and I was the guy who did it. Only two other characters survived, both through similar means. All of those characters and experience points and magic items lost ... we were not happy at the time, but looking back it was an epic adventure.

Epilogue
I assumed Felarof was dead though the DM later told me he rolled and my M-U ended up on another plane. It's a 50/50 chance when you break the staff. There would have been another adventure to rescue him if I had stayed - and if anyone had been willing to risk our much-reduced party of high-level characters after this fiasco. Regardless, I moved away less than a month later and unlike kids in today's Facebook-connected world I never saw any of those guys again.

Later in Texas I just had him resurrected. I explained it to my new DM and we didn't want to work up a planar expedition so we hand waved it with that. I never used him much again, we tended to play somewhat lower level stuff than that, but he was there if I needed him. I still have his character sheet and his ridiculous list of magic items - less one staff of power.
Posted by Blacksteel at 5:00 PM

Thanks! Like I said it's been a really long time and I've never tried to recap it until now. It's funny how some details are crystal clear after that long and others are very much blurred into everything else.

That whole time was my earliest group-playing RPG experience and then after I moved away it was a totally different type of game that I played in and ran. Still D&D, just a different mix of players and styles.