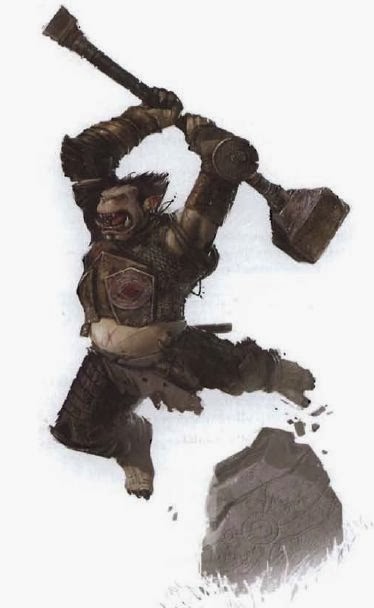 Our Heroes (7th level):
In the village of Starsong Hill the party's old friend Izenheim catches up to them, muttering something about "chases" and "swamps" and " ...cleric, not a ranger".


After the funeral a council is called. The elves noticed a new presence in the ruins of Rhest a few months back  but have steered clear of it until now. Most of the old city is underwater except for a few of the taller buildings in the center, and that seems to be where the new forces are concentrated. They do share that the lake is inhabited by lizardmen who have been co-opted by the invaders. They have seen a black dragon flying in the area as well. The elves are all for the party's expedition and will help with food and healing but will not send warriors or owls into the ruins. With a hearty thanks, the rested and resupplied band heads out into the marsh once again. 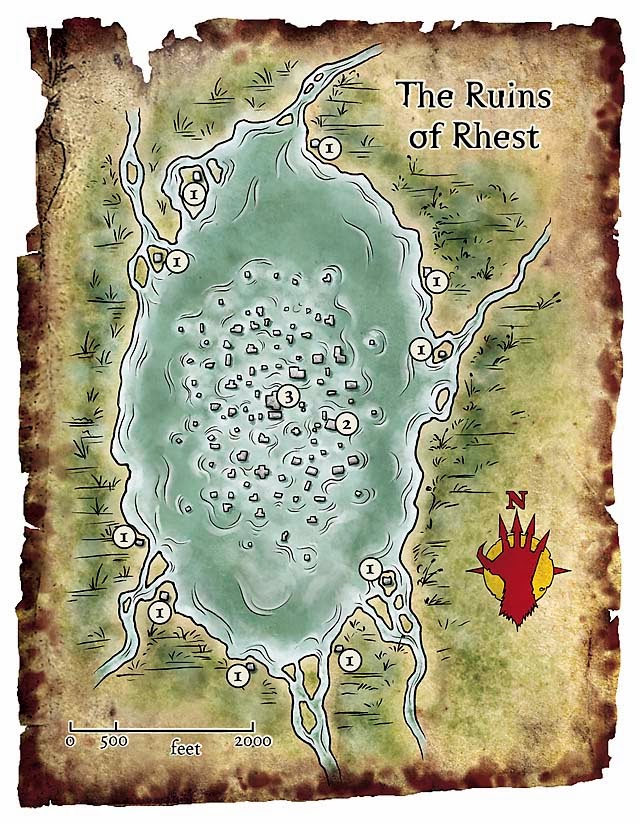 The ruined city is surrounded by a lake, so the first task is to get past the lizardman patrols in the nearby marsh and the villages around the shore. Led by the ranger, the party does this with astounding ease - clearly lizardfolk are not the most alert of guards. Stealing a boat, the heroes advance to the outer ruins of ancient Rhest.

The next challenge is to figure out which area the Red Hand is using. Some time spent observing the central ruins leads them to one building in particular, where large humanoids can be seen moving around on the roof. The first floor of the buildings is underwater, but some appear to have wooden decking built around them. This is where the party aims to land and where they first encounter opposition, as on the landing a pair of armored ogres stand guard. Paddling quietly, the infiltrating heroes manage to pull right up to the dock without being detected. Then all hell breaks loose as they leap from their boats and the ogres snarl and charge. 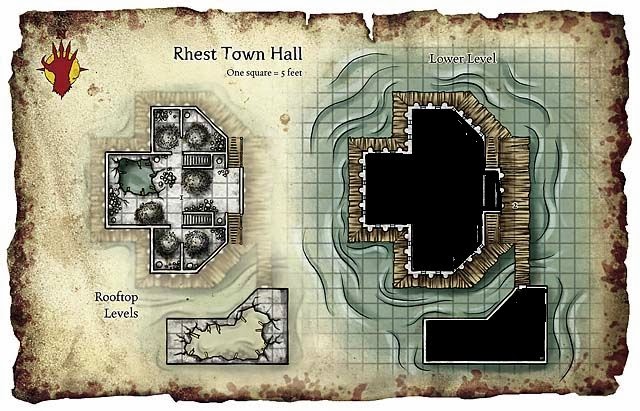 The armored ogres guard the stairs - apparently the only entrance is on the roof - while the others rain spears down on the party. From a nearby building connected by a bridge a green razorwing charges in as well. A nasty fight develops as the walkways are so narrow it's almost impossible to make any headway. The warden stands firm as the ogres close in. The cleric chants and swings his axe on one side as the vampire tears into an ogre on the other. The warlord directs traffic and looks for an opening as the ranger starts feathering targets on the roof. 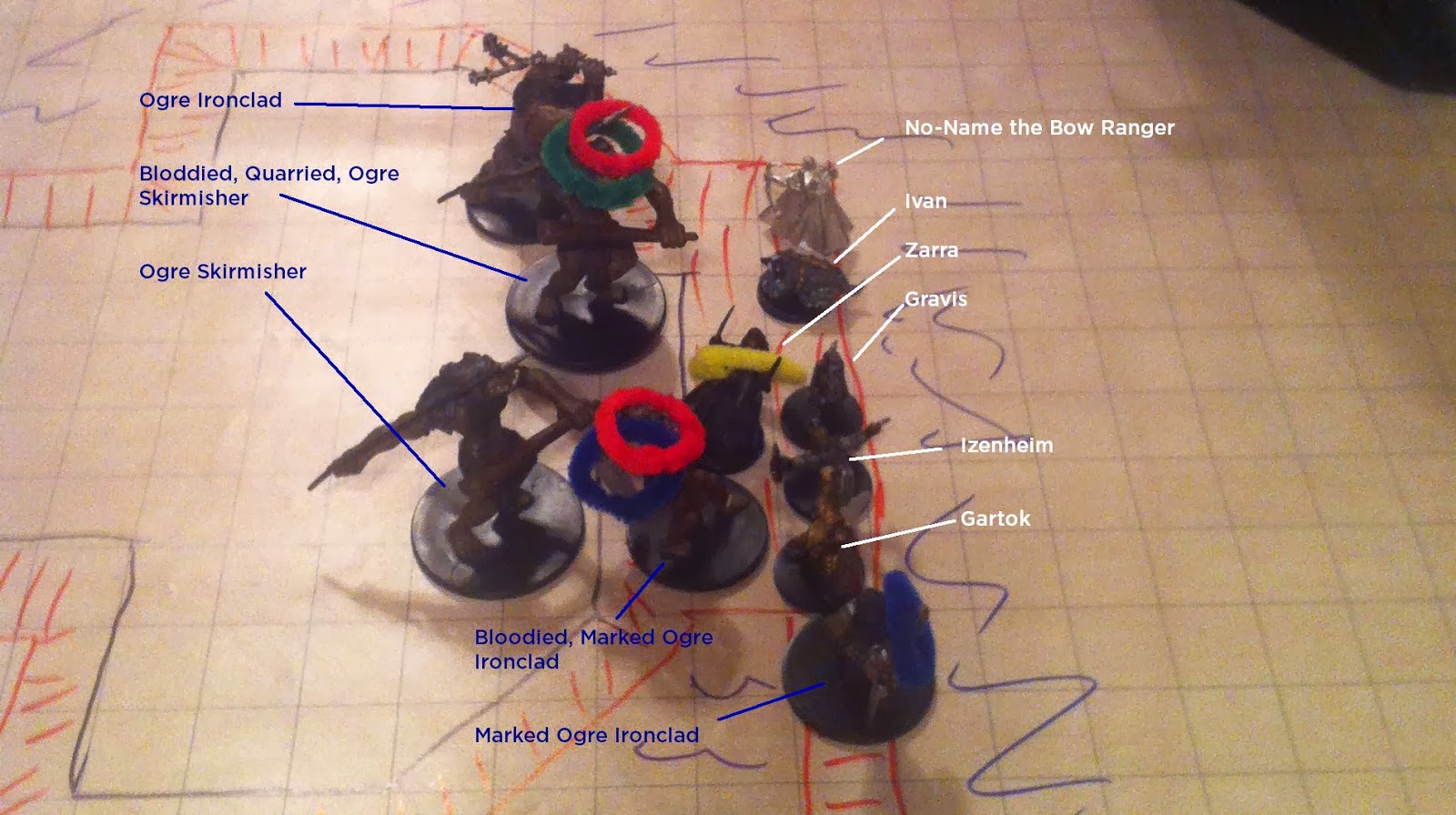 This is a long fight. Zarra, aided by Gravis, bloodies one ogre in her opening storm of fang and claw and it is slain soon after. The ranger drops another ogre from the rooftop with his amazing arrow fire. These small victories open things up a bit and allow the heroes to begin fighting their way up to the roof. As the fight hangs in the balance, the razorfiend is finally slain, one ogre is knocked into a hole in the roof (THUMP - ARGH! - SPLASH!) then the warlord is knocked off of the roof and into the water! The dwarves back the last armored ogre into the adjacent building over the bridge and there they finally bring him down.

As the battle ends, half the party looks down a hole into the darkness inside the big ruin. The dwarven half looks around and realizes they are in a hatchery ... full of strange green eggs.

DM Notes:  After the initial war-council, this was pretty much a full-session commando raid and it was a blast. I was worried, because they breezed right through the stealthy sneaking part - not having the paladin along may have helped here. It was a skill challenge and I don;t think they failed anything.

The fight, however, made up for it - ten rounds of intense melee with every attack leading to a small gain or loss of ground or a potential fall from a height! This is one where 4E's push/pull/slide and lockdown attacks really felt especially cinematic. The ironclads had marking and the ability to push a target when it violated their mark. The skirmishers had a close burst 2 that let them push targets up to 2 squares and then move themselves! There was a lot of tension around the table whenever one of those went off. Of course the characters have those kinds of powers too and one of them managed to knock one of those ogres into the big hole on the roof, which is exactly what the ogres had been trying to do to them! It was great and I'm glad I had some pictures to help recapture that night.
Posted by Blacksteel at 12:00 PM