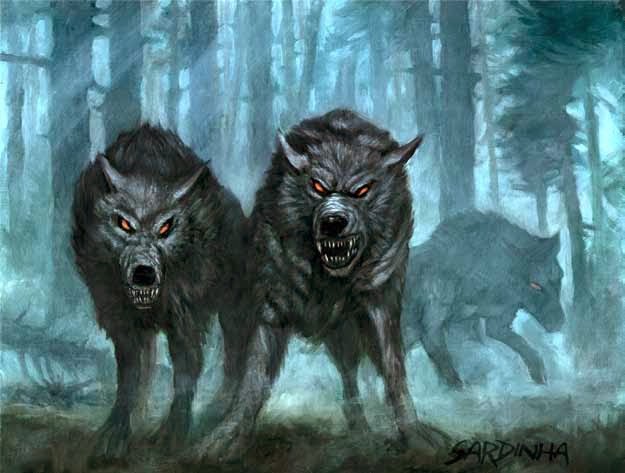 Having defeated the advance guard of the Red Hand our heroes take on the puzzle of how to destroy the bridge over Skull Gorge - after some basic looting and treasure-sorting of course.


Our Heroes (6th level):
The party is also accompanied by Warklegnaw, aged chieftain of the Twistusk hill giants

The bridge is a tough one. Thankfully with the return of the dwarves there are some experts on stonework present and they begin inspecting the structure. Soon enough some weak spots are located and the hard work begins. With the aid of some magic - and a friendly hill giant - the bridge is weakened to the point that breaking one final, critical stone will being the span down. SMASH! The paladin is the last one off of the bridge as it collapses but he makes it - barely.

After this the group decides to head back to Drellin's Ferry to warn them of the invasion and to begin getting the cities of the vale organized for defense. There is a little more urgency in their travel now so there is even less of an attempt at stealth than there was before. After all, the bridge is down, what could possibly be left in the area? Warklegnaw announces that he's going to head into the mountains to find his tribe and bring them to the aid of the vale. Goodbyes are said and then the aged giant heads out alone.

This rhetorical question is soon answered by the howling of worgs as the party crosses paths with a team of goblin scouts - worg riders! The riders charge and the party is forced into melee as their ranger is not with the team! A somewhat spread-out fight develops as the heroes charge downed riders or move to intercept riderless beasts. Soon enough the red hand riders are slain and the mission to Drellin's Ferry can continue.

As the party emerges from the Withchwood ("which wood?" - gamer humor) they see smoke -from fires burning in the very village they have come to warn. Drellin's Ferry is already under attack - are they too late?

DM Notes: This was largely a free-form problem solving exercise in dropping the bridge without time, tools, and magic that would normally make that easier. I didn't even use the skill challenge system as the adventure has a lot of notes on how this can be done. Some skills do come into play but it really depends on the players reasoning things out and doing the best they can with what they have on hand. So it's a lot like old AD&D modules in that respect. They did fine.

Once that was solved, the option to go and scout out the army encampment at Cinder Hill is pretty much gone. They were perfectly willing to accept Koth's war plan at face value and decided it was more important to warn the village so off they went. The worg riders were advance scouts who had been patrolling between the keep and the bridge and livened things up considerably with 12 combatants - 6 riders, 6 worgs.

The burning village was a nice twist and led into another good session.

I'm playing in a Red Hand of Doom campaign for Pathfinder and I'm playing an Elf Bow Ranger. It's funny because I too missed the session where the rest of the party fought and killed the Red Hand encampment at the Skull Gorge bridge.

The next session when I was able to play had us trying to figure out how to collapse the bridge to slow down the Red Hand advance.