O is for OGRE! 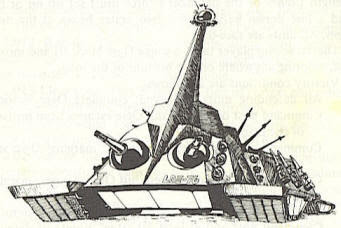 Yeah! Ogre is a game from Steve Jackson games about AI supertanks fighting each other and more conventional forces during a future war. It started off as a single boardgame but has generated several others plus a computer game and a GURPS supplement, creating its own small universe that is interesting as near-future tech-heavy sci-fi. The future looked pretty bleak at first. This is the board for the original game: 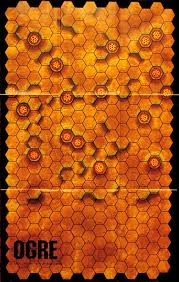 Nothing but desert and craters and a desperate attempt by some scraped-together conventional forces to stop a rampaging robot with tactical nuclear weapons from obliterating their command post. 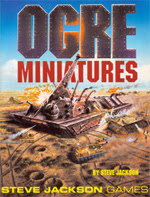 Originally there were two types of Ogres, the Mark II and the Mark V. The others were filled  in over the years but it started with just those two. This is the Mark III: 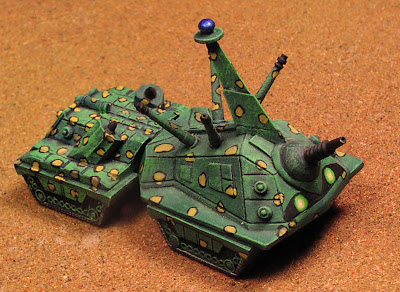 The miniatures came somewhat later, 10 or 15 years after the boardgame got popular. I painted my Mark III up like Dale Earnhardt's #3 Chevrolet. I'm not a huge NASCAR guy but I thought it would work out and it did. 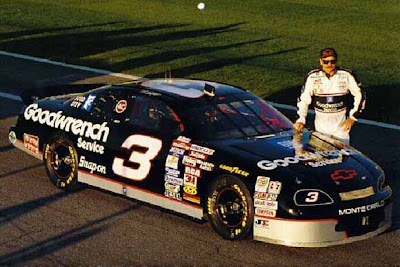 Silver strip at the bottom right above the treads, red stripe above that, then black. Silver gun barrels with red tips... it looked pretty good. 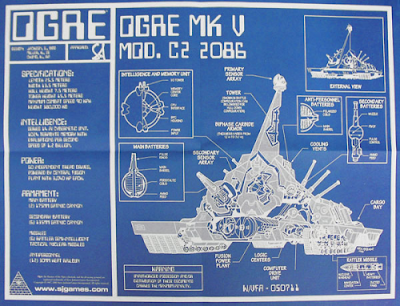 For my Mark V Ogre I wanted a contrasting color, something bright instead of dark like the Mark III. So I painted him bright metallic gold with red trim and named him Caesar (C35R). He looked really good on the table, kind of like this one. 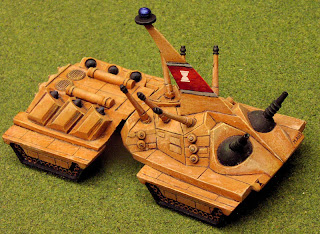 Only bright shiny gold and with most of the black replaced with red. Now you may have noticed I have not shown pictures of my actual Ogre minis. This is because I painted them about 10 years ago, played a few times with my nice new awesomely painted tanks, and then I moved and in that move they were damaged. By "damaged" I really mean "destroyed" as in every possible part that could be separated from another part was, and then the box was given a vigorous shaking to ensure that all of these separate metal parts would rub up against each other and scratch up the paint very nicely. While I sometime try to achieve a nice weathered look on military miniatures, I had not done so with these and was not happy with their state when I opened the box. At the current time they are in a box at a very early stage of reclamation having been cleaned up and re-basecoated, but progress is on the "when I think about it" schedule and so moves very slowly.

Anyway, if you're wondering what the RPG part of the Ogre universe looks like, well, it looks like this: 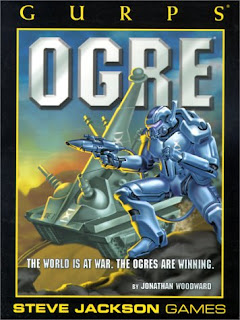 If you're wondering what's inside it let me say "Nothing that I would ever run as a full campaign but instead two possibilities for mini or side campaigns". To clarify:


That's about all the role-playing potential I see in it. When playing the boardgame or miniatures it's fun to assign personalities to certain Ogres or military units but you don't really need rules for that. It just sort of happens as you play, which is one of the ways this whole hobby got started.