M is for: Magic-User

No, not wizard, not mage, not sorcerer - Magic-User! Some things get so ingrained that even years later I still refer to Lady Blacksteel's 4E wizard as a magic-user sometimes. 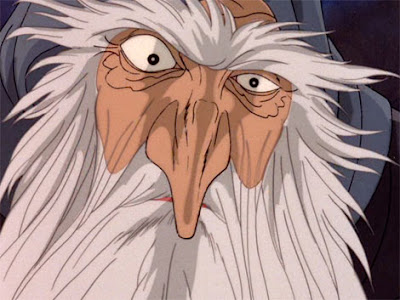 I really liked magic-users in my early D&D years. Partly because they were cool in that they were by definition part of the "fantasy" as anyone could pick up a sword (whether in game or in reality) but only they got to throw magic spells. They also got to use a lot of the coolest magic items - Staff of the Magi anyone? They were also positioned (probably due to the Gandalf Effect) as the characters that knew the most about the world, the planes, monsters, and the nature of magic, at least until Sages came along in the DMG. Plus they were the kings of versatility in the campaign - need to get over a crevasse? Levitate or fly or teleport! Water ahead? Water walk or water breathing! Locked door? Knock spell! Fifty orcs in a room ahead? Fireball! They had a solution to most problems once they had a few levels under their belts and they had a lot of fun with side-searches for new spells and items. 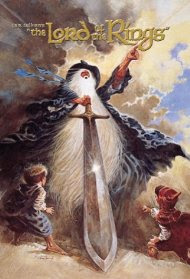 I really only played one main M-U during 1st edition though I had an illusionist too. The M-U's sheet is below. 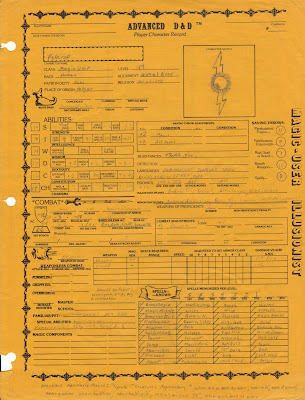 I took the name Felarof from those appendices at the back of Return of the King. If you're ever stuck for a name there's a ton of good stuff back there in the histories and family trees and such. I think his name is actually that of a horse, but I didn't care - I thought it sounded cool and like a wizard's name so I used it. 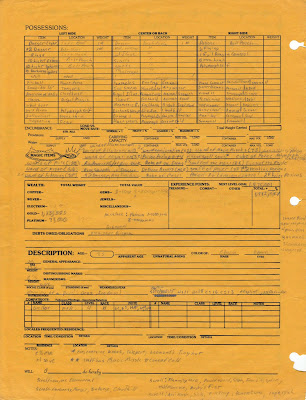 Felarof managed to survive from level 1 in those early days of AD&D and as you can see made it all the way to 15th. He's by far the highest level I've ever taken a magic-user (or wizard or mage or whatever) and he will probably stay that way for the foreseeable future. I got away from wizards in 2nd and 3rd edition focusing more on clerics and given my limited playing time nowadays I don't think I'll be running one up the levels anytime soon - not that I wouldn't like to. 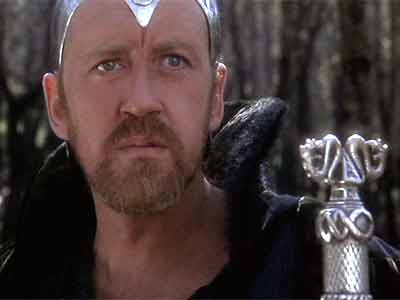 In play was not usually associated with any particular spell although I did like the summoning spells. I do recall that once Evard's Black Tentacles came out in Dragon he had a new favorite 4th level spell and used it quite a bit. He eventually settled down between adventures and built a tower - a really big tower with a bunch of soldiers. He had a ridiculous list of magic items too. 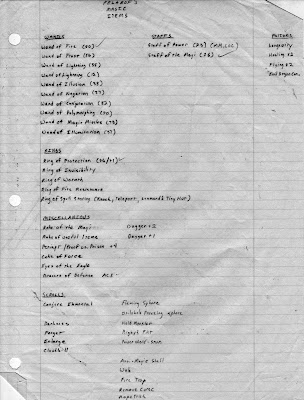 Some of that is because our DM(s) allowed for recharging of rods, staves and wands and some of that is because he was stingy. He was very happy to walk around with a Staff of Power but there was no way in hell he was going to be burning any charges off of it unless he was taking hit point damage. Magic swords and armor are easy, they don't run out of charges, but all of the big M-U items were theoretically disposable, and I was not inclined to dispose of them, which is why I needed a golf bag for them by 14th level. I will also say that I typically made sure that I was the only M-U in the party so that all the "wizard loot" went to me. A little greed, sure, but working through the low levels as a magic-user tended to cultivate greed and paranoia and personal cowardice in those characters (musical tribute to this here) so at least he came by it honestly. 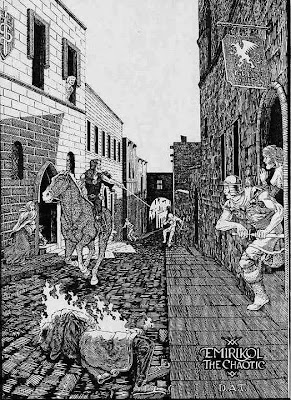 A lot of those early days adventures were homebrewed so he hasn't really been through a lot of published stuff. I know he started off in the Keep on the Borderlands, went through the Ghost Tower of Inverness at some point, and went Against the Giants for at least part of the hill and frost giant halls.  I suspect at least some of our dungeon crawling was done via the random generator in the back of the DMG because big chunks of it didn't make a lot of sense but that might have been from playing with a group of other 12 year-olds too. 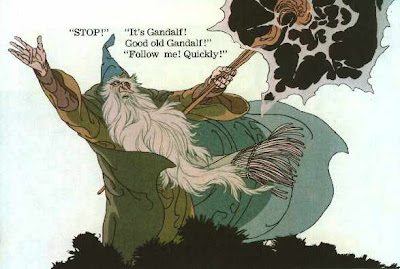 In 2nd edition I played a few low-level specialist wizards because it was new and cool. I have a soft spot for the Forgotten Realms Wild Mage from Tome of Magic because I played alongside one for years and thought it was a brilliant concept and a blast in the game. If I ever got sucked into a 2E game that's probably what I would play. 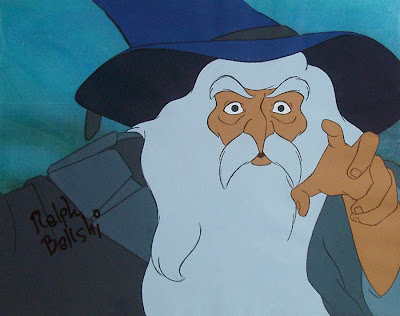 In 3E I ran more than I played though I did play at least one wizard at low levels. I experimented with feats and multiclassing to try and achieve a decent sword-wielding wizard but I was never all that happy with the results. 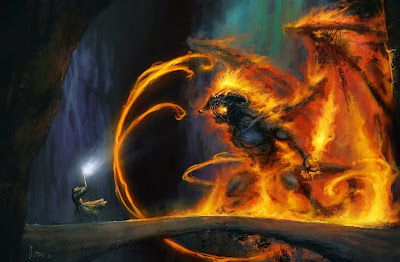 In 4E I have not played a wizard though Lady Blacksteel does and they are still pretty versatile and still good at blasting out a room full of monsters so some things haven't changed.  They have added the Wild Mage back as a type of sorcerer - which fits - and that's another one on my short list of characters to try.

That's probably enough about magic-user's. I loved them early but got away from them for a while, but going back through all of this has me sort of fired up again. I'm going to have to find a way to get in more playing time.

Pathfinder makes the sword-wielding wizard concept at least moderately feasible: as a wizard you can choose either a familiar or an arcane focus (which can be a weapon), and then basically you're able to enchant that weapon passively at a fraction of normal costs as you level up.

So if you just multi-class evenly between figher and wizard, you'll get spellcasting power along with martial prowess as you go. Not a twinkish character setup, but fun and feasible.

Then again, you can do pretty ridiculous things with Pathfinder characters in general where power levels are concerned, so being able to manage a sword-wielding wizard shouldn't be a big shock.

I'm glad they're trying to make it easier. You could at least be proficient with a sword as a wizard in 2E (Militant Wizard kit) and you could burn a feat on it in 3E, but it was not necessarily going to do a whole lot for you. Some of the prestige classes added more options but you had to wait until mid to high levels for that to really be an option.