Another one of my favorites ...

1) The World is Not Known: In contrast to the Rangers or Star Wars, exploration is the focus and that means the setting is a major player in the campaign. Compared to the Rangers campaign where the setting is really just wallpaper behind the big action, in this style of game everything from geography to races and civilizations to even the weather can play a big role in the campaign and any of those could be the focus of a session. Compared to Star Wars the physical layout of the setting and the cultures are largely unknown, and while both can feature interaction and combat, this concept adds in the whole getting-to-know-them stage. In short: In Power Rangers you don't need a map, In Star Wars you just look up the map, in Trek the campaign is about the people who make the map!

2) Travel will be common and interesting. The PR game characters might never leave their hometown. In Star Wars travel is common and mundane but not typically a focus other than as a rest period between adventures. For this style of game travel is how the campaign advances. It may well involve a craft of some kind.  This could easily be ship based, even a flying ship or an airship if you're going in that direction fantasy-wise. A literal interpretation of the source material could lead to teleportation circles and flying carpets as supplementary travel options.

3) Character Diversity: This one is not as essential as the first two but in keeping with the source of the inspiration the concept can easily handle a wide range of character types, classes and races. It also makes some sense to start above 1st level if you're so inclined. Think those flying races are overpowered for a traditional campaign? Not so here. Always wanted to play a locathah or merman or sea-elf? This might be the place to do it. Reluctant to include the Drow character in your usual game? This is where you can "Worf" in your Drizzt wanna-bes. Steal justifications and explanations from the source without remorse.

4) Steady State: Unlike PR there is not necessarily a strong character progression here, making it more suitable for non-level-based games. That said it works fine with a level progression, and an expedition into distant planes of weirdness can be a good explanation for why your former frontier farmboy becomes a demigod. Unlike Star Wars there is not typically a huge amount of social change going on, and adding that in can distract from the exploration theme and change the campaign, moving it towards a Star Wars style game. In general the home social situation stays the same, and the characters may or may not progress a great deal, but the discoveries made by the players can certainly stir things up back home.

5) Open Ended: Also unlike PR and SW there is no requirement that characters defeat a world-threatening evil or change the state of the world. Individual characters may come and go but the exploration can continue for years. It might be different quests, different missions, or one really long Odyssey, but there is no inherent limit on it. 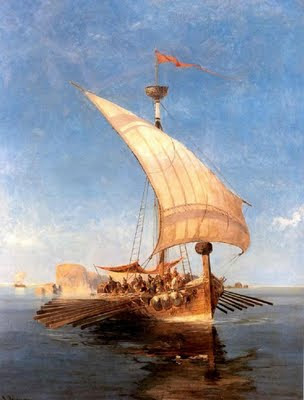 I did something like this with a Rifts campaign years ago described in this post. Here's how it breaks down as far as the elements in this post: 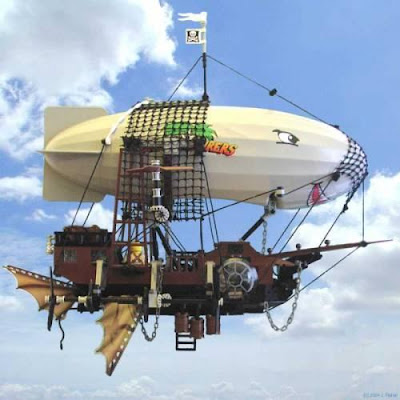 So running this in Trek or Traveller is easy enough, and I've given a Rifts example above, how about D&D? It's not difficult as it's a fairly traditional sandbox/hexcrawl game at heart. I think I will save that for a separate post - check back tomorrow.
Posted by Blacksteel at 12:00 PM