From October 2010 - I still feel the same about this topic 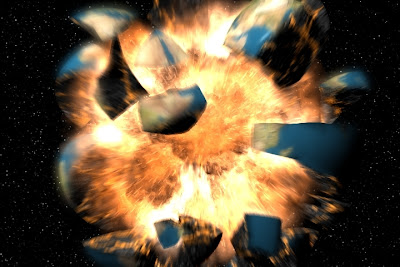 In the early days of RPG's, most players I know and most articles I read assumed that a "Campaign" was a long-term thing. Many articles were written on world design, making it real, making it coherent, making sure your player's had something to do in it, crafting NPC's they will know for years, etc.

In practice, most campaigns were short-lived mish-mashes of published adventure modules, stuff out of dragon, and homebrewed material. I doubt most of them lasted more than a school year as most of the players and DM's were in school in those days.

So much effort was expended in creating a thing which was almost never going to be allowed to fully flower.  Vast colored and detailed hex-paper maps, graph-paper maps of cities and towns on a 1 square = 10' scale, NPC's with back stories, personalities, and families of their own, magic schools, temple hierarchies, noble houses' family trees detailed out over several sheets of notebook paper - all of these were lovingly created and I would guess 75% of them ended up languishing in a notebook or a box somewhere for years before eventually being tossed out in the trash. Such a waste...

I was a part of this too. Before all of the boxed campaign worlds became so popular most people wrote their own world. The '81 D&D Expert set in particular was a crime against DM's as it included a country and a world-scale hex map as examples of campaign design and a bunch of mapping symbols to be used on  hex paper when mapping your own. To this day a black triangle inside a hexagon screams "mountain" to me and any hex map I do ends up looking a lot like those old D&D maps. Maps speak powerfully to some people and I am one of them. Gamers in particular seem to have it more often than the general population. This combination of examples and tools set off a storm of creativity and the sad thing is much of it was never used because the campaigns never got off the ground or lasted very long if they did.

Now I have no statistical evidence of this. I see campaign sites on the web where people have outlined the campaign they have been running for 30 years. I think those are by far the exception rather than  the rule, and if you look closer many times the group in question gets together once a year or twice a year to play their old characters - they haven't been running weekly or biweekly games since 1985 in most cases.

So something occurred to me about 5 years ago, has been slowly building since then and crystallized for me really this year: Role-playing campaigns have traditionally been treated as permanent or long-term things when they really should be treated as expendable and consumable. Building and running a campaign shouldn't be comparable to buying a house  - it's buying a computer. Something you expect to use a lot for a few years at most and then replace.

This started to get easier when 3rd Edition D&D introduced the concept of the level cap: Characters max out at 20th level and then retire. Prior to this character advancement was open ended with no defined limit (other than racial limits) so no thought was given to "when does the campaign end" and this was despite the fact that I only ever got one character up to 20th level - and that was insanely powerful when a 9th level fighter was considered "high level". Now 4th edition D&D goes a step further and breaks it down into Tiers and sketches out what a typical adventuring party is doing at each tier (Heroic = local problems, Paragon = national problems, Epic = world problems).

This is also expedited by the vast number of campaign worlds published over the last 30 years. Is someone really going to look at all of the options out there (plus the option of making their own) and pick one with the idea that "that's it - I'm going to run Eberron for all of my D&D from now on?" Why limit yourself?

Do yourself a favor. Next time you start up a new RPG campaign, put a limit on it. Say to your group that you're going to run it for the next year and you're assuming that you will play twice a month, so that's 24 sessions. Alternatively pick a level limit - say that everyone is going to start at 10th and the goal of the campaign is to get to 20th. After that it's time for a new game.

This also frees you from the tyranny of canon. One of the upsides of published campaign settings is that there is usually a considerable amount of history and lore to delve into - it makes for a richer world and lets your players dig in if they like that kind of thing. The downside is trying to make sure your world stays in line with the published material if it's still being actively published. Stop worrying about that! It doesn't affect your campaign because it's YOUR campaign - not the company's! Pick a starting year in your published world, say everything up to now in canon is good, but what happens from here on out is up to the PC's not some pre-scripted list in a book somewhere.

Now if you like a particular campaign world or if you have crafted your own, this doesn't mean you have to toss that world out. When this campaign is over, you can set the next one in  the same world but you have a whole new set of choices. Last game set in Cormyr? Start this one in Waterdeep. Last campaign was a rebellion era free-trader game? Make the new one a clone-wars era Jedi + special forces game.  Did one of your PC's become king of a nation? Start the next game 20 years later as the throne is threatened by an invasion or take a real jump and move it up 100 years, change up a few things but leave in a lot of the familiar and have a blast with it!

Designing your own world? Focus on where your PC's will be, not on indexing an entire civilization. The old bullseye approach is good here - detail a starting town and the surrounding countryside. Sketch out the kingdom it exists within. Make a few notes on other nations of the world. Add to it when the PC's move in that direction. Heck, let the PC's define some of it. If one player is running a dwarf and you don't have a unique vision of how dwarf society works in this world then let your PC have some say in it -they may surprise you. Don't worry about elven birthday customs unless someone decides it's their birthday and they're an elf. If it's not something you plan to use in the next month or two of running the game then it's not worth nailing down as your PC's may never get to it. Plus you may have a better idea by then anyway so it saves you the mental anguish of erasing what you have already written and replacing ii with new material.  Don't try to make this your Magnum Opus - you don't need it. you just need a world your players like to play in.  Most of us DM's have a sort of masterwork in us somewhere - a grand campaign, a super-detailed world or setting, or a homebrew set of rules that will cover everything the way we want it to be covered. My Philosopher's Stone is a systems with all the gonzo awesomeness of a Rifts for background, character concepts, and art but with a mechanically reasonable and balanced mechanical system like Hero or 4E to run it with. The thing it, you don't have to have that to have a good time, so don't overkill.

By looking at the campaign as a finite thing, a consumable good rather than a durable good, you free up your game to go wherever you and your players want it to go. Campaign guides are not Bibles - they are material to be consumed for your game, not something to be preserved for future generations in an untouched state. Forget beating Drizzt or shooting down Vader - if your players wreck Waterdeep fighting off the tarrasque that's an epic story and the Realms will be just fine. You are not responsible for keeping the world safe from your players - it's there for your players! Blow stuff up! Shock your players! Let them know the world is wide open and let them impress you!
Posted by Blacksteel at 12:00 PM

A good article. I fall into the trap of always dreaming of a huge, multi-year campaign only to see it fizzle out after about a school year (with children and professors in the gaming group, this isn't surprising). This year I'm running my first pre-gen campaign, which only goes up to Level 20. It seems more reasonable a goal than before.