Greatest Hits #5 - Notes from a Campaign that Failed

You won't win them all - why not pass along some notes from a failure too ... 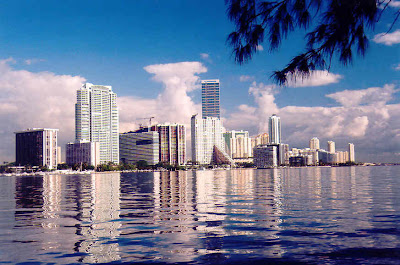 Whatever tone you set and whatever level of campaign buy-in you are comfortable with, it's also important to make sure that's where the other participants are too.

In the early 90's, Champions was our Superhero game of choice. By 1994 I was ready to start a new campaign and over several weeks wrote up the background for "Miami 2000" which was set in Miami... in 2000... which seemed like a good idea at the time. I did a lot of research on the real-world Miami, gathered maps and travel guides, then imposed a few changes on the city to make it more of a near-future superhero setting. Characters were discussed and created - a mentalist, an energy projector, a brick, and others were all written up and reviewed.  and we were ready for my semi-serious Bronze Age campaign. 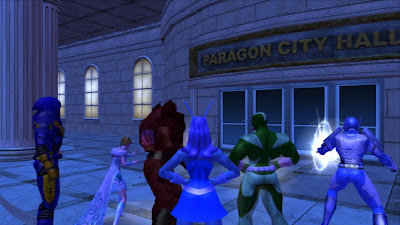 First session opens up as PC's discuss their characters and we have a bank robbery - heroes respond. Within one round "The Rose" has used her Thorn Blast at full strength on the escaping villain "Pulsar" which is enough to kill him outright, and he tumbles out of the sky over the bank and crunches onto the street. This triggers her code against killing and she shuts down. The other heroes flee the scene, grabbing her on the way, looking suspiciously like THEY had committed the robbery. I decided to go with that and give them some trouble with the police. They went underground like the X-Men and it looked like we were set for a slightly darker game than I had planned but I was ready for it. Then the mentalist adopted the name "Professor Y" and things disintegrated. 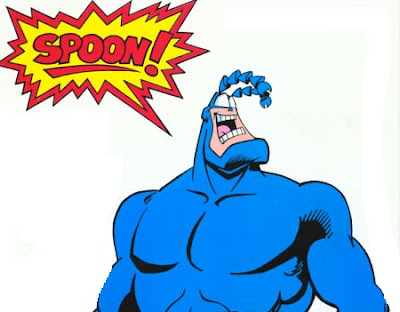 Now The Tick was on TV and setting our circle of friends on fire at the time and I blame this completely for the ruining of that campaign. Once the dam cracked it was all over - it's Professor Y and the Y Men ("Y? I'm glad you asked!") running all over Miami talking in funny voices, coming up with newer dumber costumes and flipping the bird to anyone who has serious questions for them. Ugh. 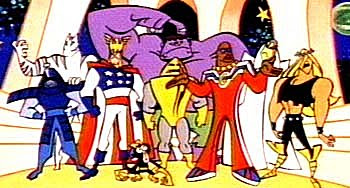 I tried to get on board by introducing The Hedgehog (also known as Weapon P), Hogan to his friends (because if adamantium spikes coming out of your hands is cool, adamantium spikes coming out all over your body is clearly even better). He's the leader of a crazed band of underground rebels who all think they're mutants (even though most of them are not) who hide out in an abandoned amusement park and hear about/start/make up crazy stuff all the time which Hogan takes very seriously and asks the PC's to handle but it was too far gone by then. We played for less than 3 months total and then I had Godzilla step on them all, ending the campaign. 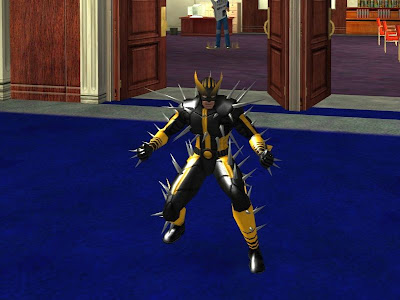 Clearly there were some different expectations here. I was thinking bronze age to gritty supers and so were the players when we talked about it. Then The Tick came out and completely changed the environment. I tried to roll with it but the campaign was just not built to run that way and I fought it indirectly. I should have just started over from scratch and ignored what I had written up before but I could not do it. We could have had a lot of fun with it but I was not really in the mood to break my vision and just ended the campaign rather than try and adapt. Sometimes that's just the way it has to be.

So I would say my lesson learned here was to make sure everyone has approximately the same view of how the campaign is going to run and try to keep the focus there. If there a planned "premiere" session then send out some teaser emails to reinforce the sense of the game and maintain the momentum and interest. Also make sure there is some level of buy-in for the characters - pick a name, pick a home area, pick an organization to be a part of, something to ground them in the game and keep them there. Also: 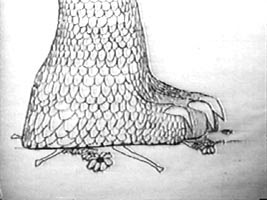