40K Friday - Checking in on Warhammer+

This new service? Product? "Thing" started in late August and I gave my initial impressions here. Now it's been a few weeks  - how is it going?

I admit - I am a little disappointed. New material comes out on Wednesday so we've had the launch plus three release windows and it has been s-l-o-w - much slower than I expected.

The high point: Angels of Death. This black and white and red CGI series is exactly the kind of thing I want from a Warhammer Animation Studio. It looks right, it sounds right - the voice acting is solid and the music is good too - and the developing story is interesting. The service released with the initial episode and a new chapter has dropped every Wednesday so far. 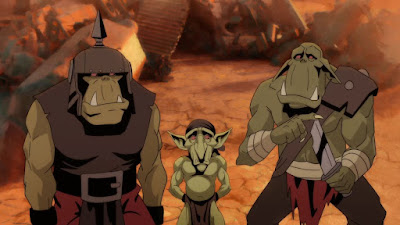 Hammer and Bolter is the more traditional animated series with one-off stories from around the 40K universe. It released with 3 episodes and now has ... 3 episodes. Yes, the same 3. It makes no sense but that's where it stands.

Battlereport is their channel for ... battle reports. There was one 40k battle and one Age of Sigmar battle at release and now we have three 40k batreps and one AoS batrep - yes, the same one.

They have added a new show "Loremasters" which talks about stories and backgrounds in the Warhammer universes. So far we've had one episode discussing Abaddon the Despoiler.

They've added at least one painting guide. The 40k app has been updated regularly. They've released a beta of the AoS app which I have not tried yet. The vault has had some new material added like extra issues of White Dwarf. 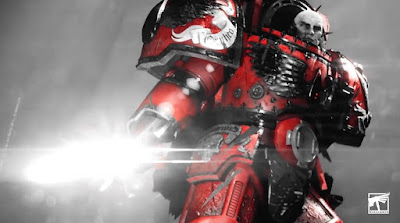 So far it feels slow and underwhelming. Angels of Death is amazing but the rest of it is just ... intermittent. What was the plan here? Was there not enough in the can to sustain a steady release cycle for these other shows? 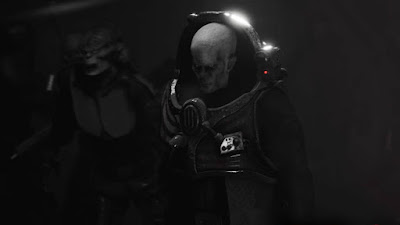 I'm not giving up on it but I do feel like they are letting the opportunity get away form them. A steady, solid stream of content would make this thing look a lot better. The battle report thing especially seems like a missed opportunity. It's not that expensive to make, you have people on staff already, you have the models and the terrain, and it shows people what they are supposed to do with your game! I don't understand why they don't have one for every single game they currently produce  on there already!
Anyway check back in a month or so when I touch on this again - hopefully with more positive things to report.
Posted by Blacksteel at 12:00 PM