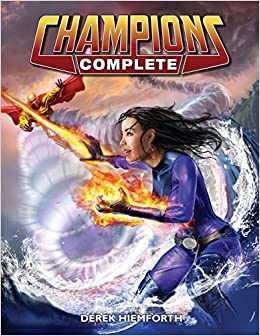 So ... it's been a while, but I have hopes of actually getting something going before the end of this wonderful year. Deprivation followed by a bit of hope  can send you to strange places so I found myself finally picking up a copy of Champions Complete!

First up it's funny how so much of this is still locked into my brain. I started playing Champions - 2nd edition, officially - about 1983 and the core of this 6th edition of the game is incredibly similar. Most of the changes are in details and clarifications, not in the way the game works.

This book is a reworking of the 6th edition Hero System rules and the 6th edition Champions sourcebook to get back to giving players a one-stop source for "Hey let's play Champions" that does not require two big hardback rulebooks and another big sourcebook just to play the damn game. You know - like it was up through 4th edition. It's 240 pages long, softcover, black and white inside, and is listed at $30 though it can usually be found for less than that online at least.

Side note: I bought this and the D&D 5th edition Eberron book on the same day from the same place and both of them were $22. The 5E book is hardcover, full-color throughout, and 1/3 longer. It's a clear demonstration of the power of the print run and scaling advantages. 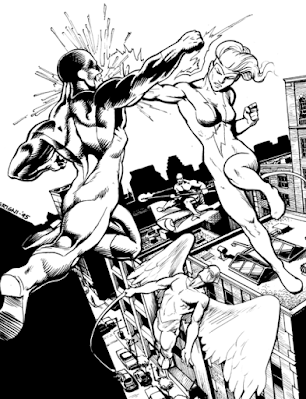 Hero 6th edition came out ... ten years ago. Sheesh. I stopped at 5th because I was still catching up with 5th edition and it's lengthy line of books when 6th was announced and I was also keeping up with 4th edition D&D and it's impressive run of books as well. Considering we never played Hero 5th, not even once, it made little sense at the time to me to start picking up a new version. Plus somewhere along the way I realized I would probably just use 4th and my damn-near-complete set of books for it if we got a serious Champions itch going. So I'm seeing some of the 6E changes up close for the first time. Thoughts below:

If you've played and remember the core of what Hero System is like from an earlier edition you will find it's very similar. The stats are very similar though the point costs are different as this edition has completely removed the whole derived stats concept. So if you want to make a character who is great at sleight of hand but terrible at dodging and shooting things you don't have to do anything complicated - you buy up Dex and do nothing for OCV or DCV. most still have a base value, pretty much what the old versions used if you had the human average of 10 in your core stats, but your character's Con, Body, Stun, PD, and ED are completely unrelated to each other mechanically. Dex is still an important stat but it's no longer the god stat that it was as it's unrelated to your CV's and your Spd. Overall I'm fine with this change as while it seemed intuitive back when it was new it does make some assumptions about characters and as time has gone on and more complicated concepts have emerged it's totally fine to de-couple these things.

System-wise you still build a character out of points with a base allotment and then an expected amount from "Complications" - the new name for Disadvantages. It's a little more clear as a name for what it covers and I'm fine with that change too. There are actually fewer discrete complications than I recall because most of them are folded into Physical (which we always had), Psychological (which seems even broader than before), or Social (seems new to me but makes a ton of sense as a category) complications, plus the old standbys like DNPCs and Hunteds. 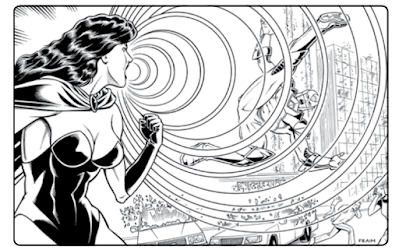 You still have skills and they still work the same way with a 3d6 roll-under approach. A typical roll is still an 11-, with a familiarity being a fixed 8-, and a nice sidebar on what the various other levels mean and how you might rank up compared to the world at large. Levels are still a thing too and combat levels have been thoroughly fleshed out to where I think you can aim to achieve pretty specific things via levels alone.

Powers and  power modifiers take up a big chunk of the book (as they should) and I don't see any problems here either. Some things have been combined or refined or clarified and I can see where they have tweaked some areas I remember being tricky or unclear. I have not really spent much time trying to recreate any old characters -yet- but I didn't see anything ridiculously different. Well, "Energy Blast" is now "Blast" - I mean it makes sense and that might have changed in 5th but it's been "Energy Blast" since I was about 13 so it stood out to me.

In fact, each of the "bigger" to my mind, or maybe "more complicated" powers has a very cool discussion of how it works and interactions with other parts of the game. Things like telekinesis and teleportation and even stretching are covered like this. A lot of powers that at one point in the game were described mechanically and left a lot of implications and loopholes for enterprising players to explore are much less so now with some discussion of modifiers included right there in the listing for the power itself. The improvements in this section are some of my favorite parts of the book. 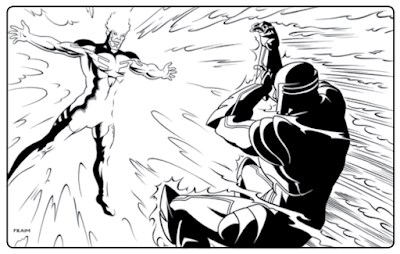 One other major flaw with Hero for me in recent years is the lack of a Fate/Force/Hero point/Bennie mechanic like most other RPG's have now and have had for decades in some cases. At the least they are a way for players to smooth out the extreme whims of the dice gods and in many cases they allow for some scene editing that makes a ton of sense in a comic book game. Champions hasn't had that ... but it does now: Page 130 of this book - "Heroic Action Points". It's not as completely fleshed out as Savage Worlds' Bennies or Mutants & Masterminds Hero Points as they are  straight-up 1 to 1 dice modifiers but it is a start and I could work with it from there. 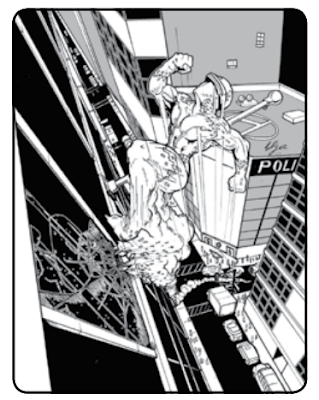 In case it wasn't clear I am really impressed with this book. It is truly a one-volume rulebook for playing and running Champions. They actually did it! For context, the "normal" 6th edition rules were split into two separate books that are almost 800 pages long combined. The Champions book which is mainly sourcebook type material and not a duplication of the core rulebook material and adds another 300 pages. So, on some level here we have a 240 page book that accomplishes what you might have taken 1100 pages previously! The Hero bloat, especially with 5th and then 6th, was real. It's nice to see the realization of that and that action was taken for those of us who would like it to stay a game, not a lifestyle choice.