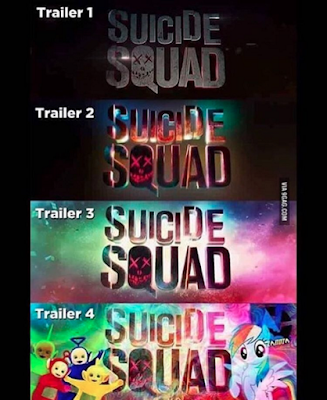 I went in with low expectations as a) I don't really like the concept that much of trying to turn supervillains into sort-of heroes as a pop-culture thing and b) I haven't seen anything terribly interesting in the trailers yet. Oh it's colorful! Oh it's got Harley Quinn! - yeah yeah. I wasn't pushing to see it in the theater but the kids wanted to so we went.

The opening hour or so is decent. I won't say great but I had some interest in seeing what they would do. The second half is something you've probably seen in a bunch of other movies. Parts of it looked a lot like Escape From New York, and most every post-apocalyptic city/zombie/scruffy team-up movie out there. There's a heavy focus on Will Smith and on Harley and the rest of the team is pretty thin. Why is Captain Boomerang there? He has about 5 lines in the whole movie and does very little - could have been an easy cut.

The team concept is pretty flawed here too. "What if the next Superman flies down and tears the roof off of the White House?' is the question that's asked. The answer is that Waller is building a team to handle that scenario - except they couldn't! Harley? Please. Croc? No. Boomerang? Lol. Diablo? Lasts about 3 seconds. Deadshot? Maybe if he is given a glowy green bullet - otherwise no. This is your anti-superman plan?

These guys just don't come across as "evil". They're supposed to be bad guys, the "worst of the worst" - but we don't see much of that. It mostly happened offscreen, prior to this movie, and we're just supposed to assume they're awful.


There's just not enough "anti" in these anti-heroes. There's no unrepentant evil here. It's a shattering weakness: you want to make a super-movie about the bad guys, but you haven't established as all that bad before you're trying to turn them into heroes! When Anakin ignites his saber in a room full of Jedi kindergartners that tells you something about his character. Only Diablo has anything close to that here. Heck Amanda Waller comes out of the movie as more of a "villain" than any of the people on the team and while that may be a somewhat intended outcome this dirty half-dozen needed to be dirtier to drive that home.

The tone jumps around too - there are some funny moments, then things get all serious but not in a way that makes any sense. Inevitable Marvel comparison: this is something Marvel consistently gets right, using humor to relieve dramatic tension, then jumping into an action scene. The DC movies are still struggling with this. The music jumps around too, like a DJ that can't make up his mind what to do next. 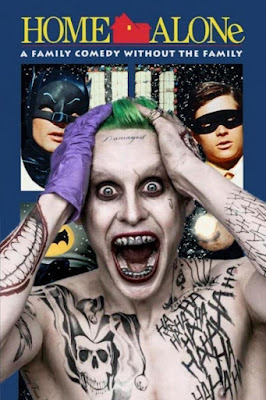 The Joker: He seems more menacing than anyone actually on the team, in a gang leader kind of way, ala The Sopranos or Breaking Bad. He doesn't seem like a world-threatening supervillain. And no, he's not in it enough to push Ledger into obscurity. The actor seems fine but considering this is the 5th Joker we've seen that's given a memorable performance (Romero-Nicholson-Hamil-Ledger-Leto) I'm wondering if maybe the crazy un-Batman is truly that difficult to portray.

Enchantress: She's sort of on the team and I suppose she would be the anti-superman measure if it came to that, but she gets very little development beyond a 2-minute origin story. There was nothing particularly memorable about her or her alter-ego. She's as generic as it gets.

Harley Quinn: A lot of the energy of the movie revolves around Harley. I only know the character from Batman The Animated Series and she was pretty memorable there. I am happy to say that she comes across really well here. I'm not sure that "crazy, criminal. hot girl" is all that tough to play either but Margot Robbie does it well. If you're mainly interested in seeing more of her let me direct your attention to Wolf of Wall Street. 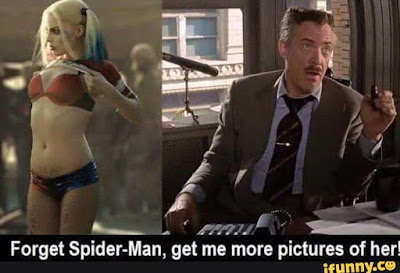 The Finale
It's a little bit of a letdown, for two reasons:

First, The "brother" that shows up seems pretty powerful. I'd say he's the most powerful thing in the movie. he destroys tanks, soldiers, aircraft - pretty much everything he runs into. the he gets taken out by a demo charge. Not a nuke. Not a mystically-enhanced-mumbo-jumbo-powered magic bomb. Just a bomb someone brought along to blow holes in buildings and streets. It's a big moment in the movie but once I thought about it the whole thing seemed very anti-climactic.

Second, The "sister" that is the main enemy of the film is close to someone on the team and I really thought would play into the finish. it doesn't, really. I thought it would force some kind of difficult choice on one of the characters but that wasn't really the focus. Instead, like a bad RPG session, one of the other characters picks up a different character's signature weapon and uses that to finish off the opposition. It's not quite to the same level, but if Iron Man picked up Thor's hammer and Cap's shield to take out a villain it just wouldn't be right.

Suggestions
I hate to offer criticism without some advice on how it could be better, even on a movie, so here are a few thoughts of mine:


Anyway that's how I felt about the movie and what I thought about ti afterwards. I went in with low expectations, I didn't hate it, I was just disappointed and thought it could have been a lot better.