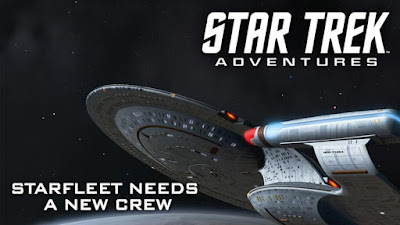 It seems to be a continuing trend these last few years - big stuff doesn't get announced at Gen Con anymore. There are playtesting opportunities for new games that were announced prior to the con, but it doesn't seem like it's the place where the news drops anymore. Maybe that's better, but it does feel  different than "the old days". I think there are several reasons:

I'm not especially wistful for the old way of doing it. I just know that Gen Con updates used to be full of  new game/new supplement announcements  and that just does not seem to be the case at all any more.

Second, not-particularly-Gen-Con-related issue (but it was available at Gen Con): What do you do when they release a game with a subject you like but it's based on a system you don't? I love Big Trouble in Little China far more than I probably should. It was the first DVD I bought when I bought a DVD player (a long time ago) and I typically re-watch it  at least once a year. I'd love to see more gaming stuff for it if it's well done and fun but I really do not care for any of the Legendary card games that I have been exposed to. I'll look at some reviews online and see once more about it comes out but my initial kneejerk reaction is "pass". 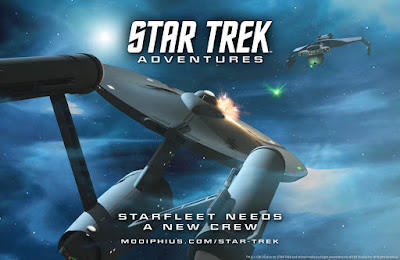 I was worried that I might be getting the same  treatment with Modiphus new Star Trek RPG. I've read an earlier version of the preview rules for Mutant Chronicles and I am reading them for Conan now too in light of the Trek announcement, and I am more optimistic about how this system works as a Star Trek game.

The basic system is roll under a target number based on your stat + skill (typical stats are 6-12, 8 is human average): 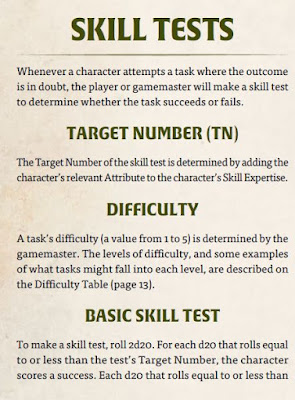 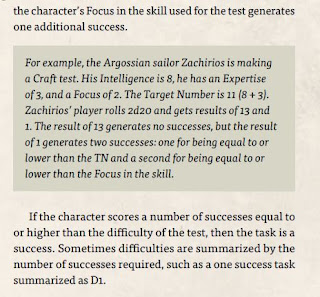 The "Difficulty" is rated as 1-5 which is the number of successes needed to succeed at the task. 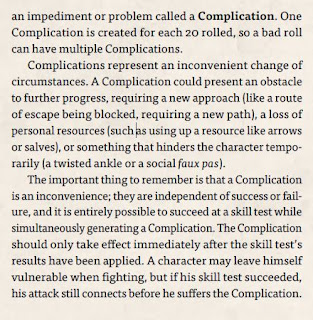 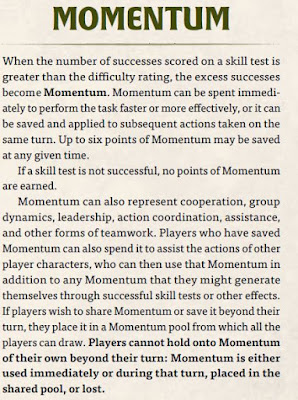 I actually think that Momentum Pool mechanic fits Star Trek way better than it does Conan. Conan's companions tend to be few in number, not especially trustworthy, and not long for this world. Trek on the other hand ... this screams "Star Trek" to me.

OK - so far this looks pretty good? Any other concerns? 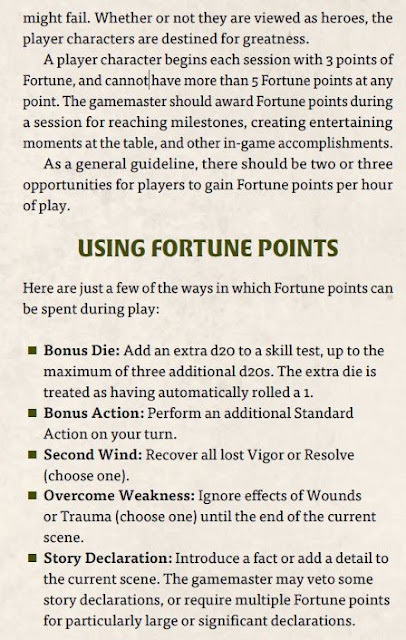 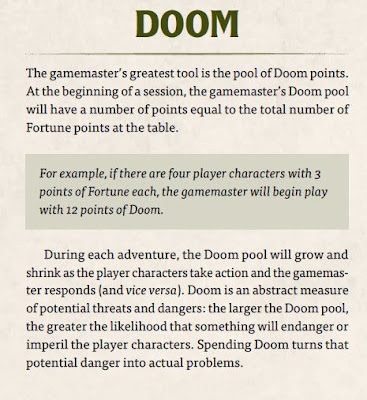 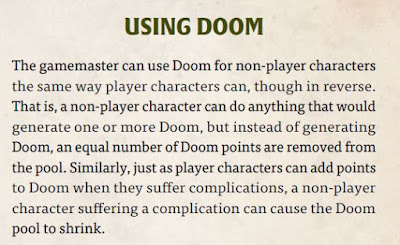 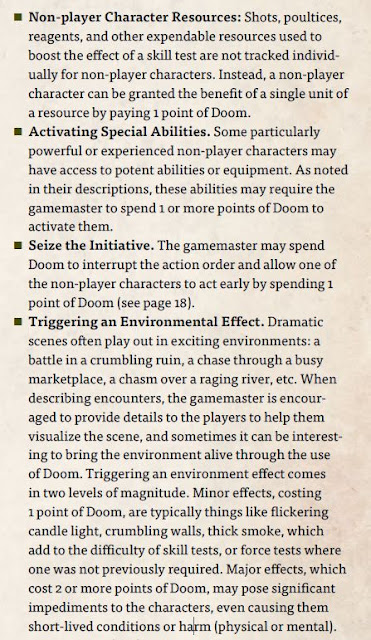 This is where it gets a little weird for me. The GM has never needed "points" to activate special abilities or environmental effects - that's just what the GM does! Seizing the initiative, re-rolling dice, switching the damage from an attack from the villain to a minion - sure, those are "point usage" type things. Marvel Heroic in particular has a very dynamic back and forth between villain actions, player actions, and a growing or shrinking Doom Pool (it's named that in that game too) but it is typically a bonus/modifier type thing, not an enabler/disabler of actions. It also has a nifty mechanic where once it reaches a certain size the GM can end a scene automatically. that might be worth considering for a Trek game too.

Anyway, those are my initial thoughts after reading through the rules we have. I would encourage anyone else out there who is interested to check them out as they are free downloads and fairly substantial at 50+ pages. The game is supposed to release next summer but there's no reason we can't knock it around some prior to that.