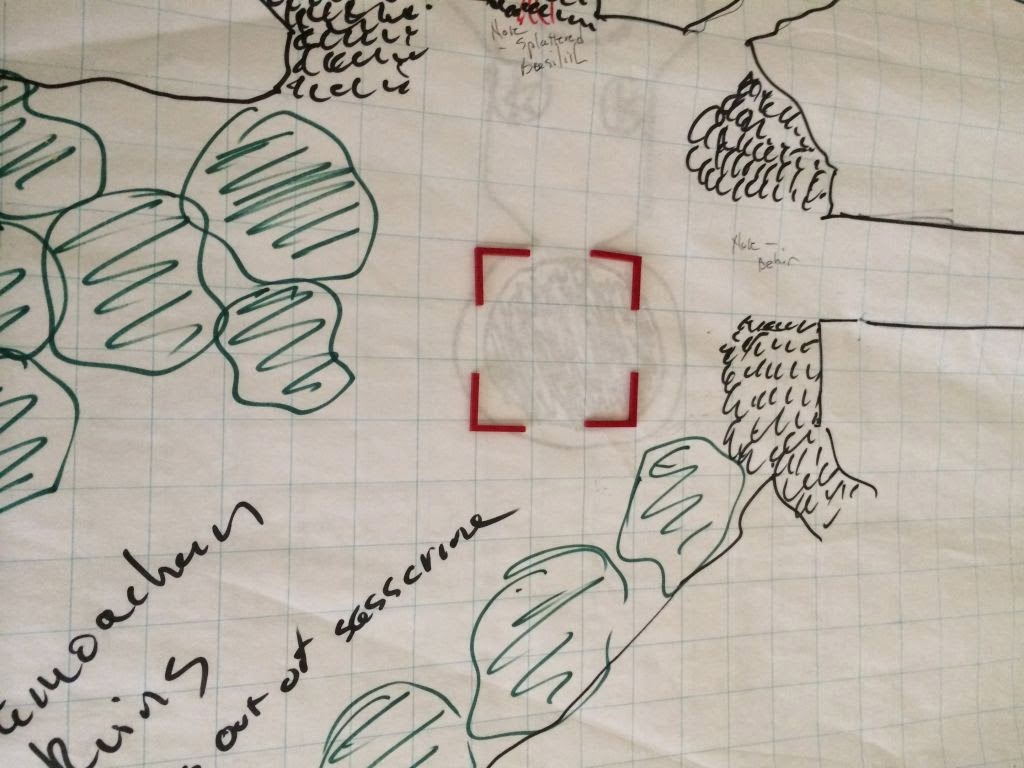 It really started in 3rd edition D&D - is there an easy way to mark the area of effect on a spell? Our answer was to draw it on the battlemat, but that can involve some erasing and redrawing as spells come and go and when I took the time to draw up a map in advance, on paper (as in the picture above) you can't really erase something once it's down, and if you're playing on a poster map then no one's drawing anything anywhere. Then 4th Edition made it even more complicated with zones and other effects that move with the caster becoming much more common, and heaven forbid they overlap - now it's really tricky to track these things. We've used pipe cleaners bent into a rough square but it's a very loose solution.

Armorcast briefly had a set of tokens for marking corners that had some style to them - the white ones looked like clouds, the red was like fire, the blue was like water, etc. but they went out of business so fast I never had a chance to acquire them. Litko though has a set of colored boundary markers that are inexpensive and should work just fine. 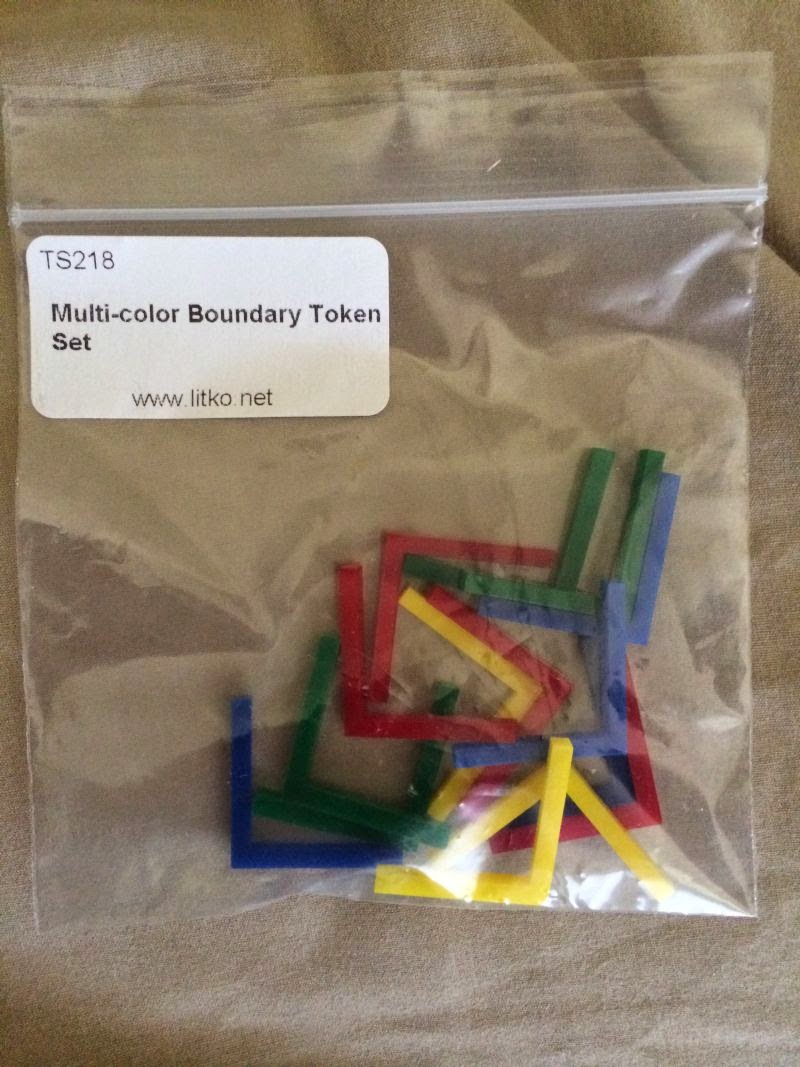 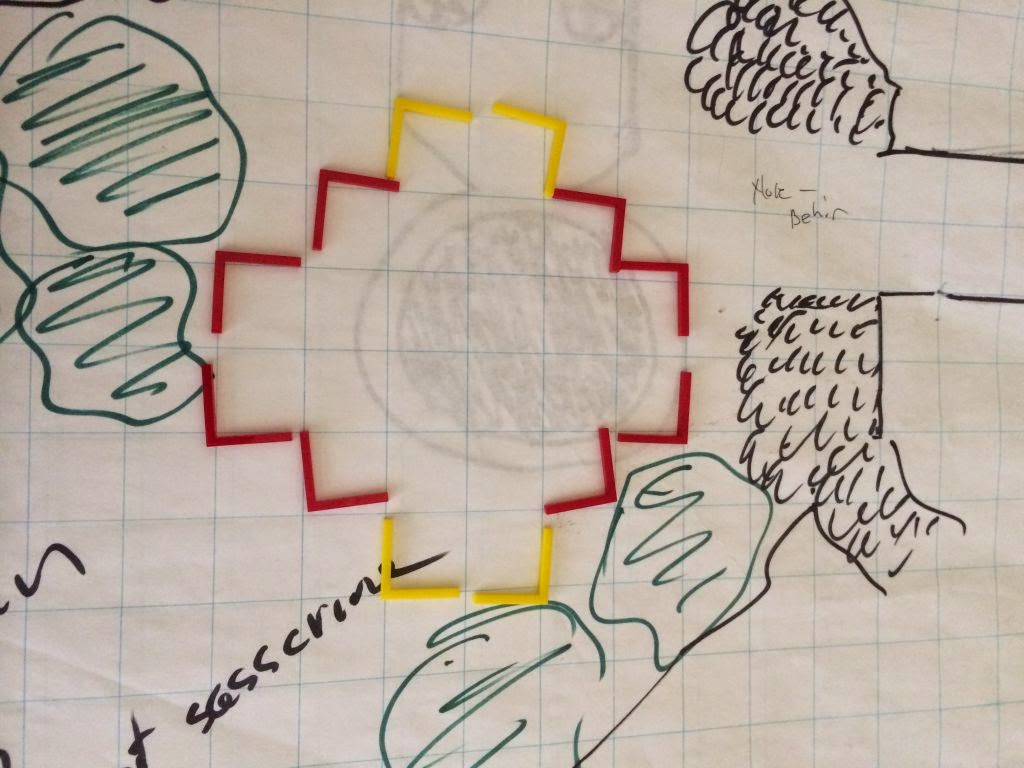 Yeah, I picked up two sets. We play enough Pathfinder here (and we're not done with 4E) that it's worth it.

Now if you don't play with miniatures or tokens on a grid then you don't really need this but if you do play a game like this then here's an option for handling this particular issue.
Posted by Blacksteel at 12:00 PM

I like the Litko stuff. I've found multi-colored pipe cleaners to be a valuable tool for this purpose too.

I have found that these work really well. The colored ones, as well as the plain metallic.

I've used pipe cleaners a lot but they do lack precision. About as cheap as you can get though. We mostly use them in ring form for marks and bloodied status in 4E.

I've always liked the Steel Sqwire stuff but they are significantly pricier than these. If I had bought them when they first came out though ... who knew they'd be useful for ten years +? With all the Pathfinder I've been running it might be worth a look even now. Thanks for the reminder!

Yeah, I bought mine many years ago, and they still do ok by me