Revelations from a Month of Character Building - Marvel Heroic

Making characters in Marvel is actually pretty easy once you start trying it:

More than some RPG's, Marvel really comes together in play rather than in-book. D&D 4E had the same problem. Maybe that had something to do with both games somewhat disappointing reception. Both suffer from a weird effect where you can read them several times and not "get" them, but one play session clears things up darn near instantaneously. Listening to an actual-play podcast can help here too. Building Pools, spending Plot Points, choosing what kind of Stress to inflict or whether to create an Asset or a Complication as the Doom Pool escalates reads like a confusing mess of terms but one session brings it all to life in a real "Oh" moment - at least it did for us.

In comparison Mutants and Masterminds is easy to "get": d20 roll + mods vs. a target number. That's nothing uncommon, and only Hero Points come in to change things up.

ICONS has a similar mechanic but the rolls tend to cancel out leading to a fairly predictable  stat vs. stat comparison a lot of the time but it does have Determination to mix things up some of the time.

Compared to the simplicity of those two games, there are a lot more decisions to make with each action in Marvel. Building the pool is one set of decisions, then whether to sue any SFX to modify it, then whether to send any of those plot points, then whether to do anything that triggers an XP from a milestone - each action uses this process, so while it's a narrative game, and fairly rules-light, it's not mechanics-light and that keeps it fun for those of us who like some crunch. For this game, the crunch happens during your turn, not when you were reading the book before the session and updating your character sheet.

I think Marvel and ICONS share this characteristic as well - there's really no "build" game for either one of them. ICONS base assumption is random generation and Marvel's is "Make it up!" with a random option. We really didn't have much of it in older versions of D&D but once 3rd Edition came out boy it moved in and set up camp and has yet to leave, even with 4E and Pathfinder. This makes "builds" a basic assumption for a lot of more recent players. So much energy is expended nowadays on "builds" that I think it blows some peoples' minds that there are RPG's where you really don't have optimization, or point-hunting, DPS, feat chains, or all of those other things that fill up charop or build forums. This used to be a thing with Champions, and still is to a degree, but M&M 3E/DCA  de-emphasized it as did ICONS. I wonder if this is a negative for a certain section of the RPG population.

The Best Parts to Steal for Other Games: 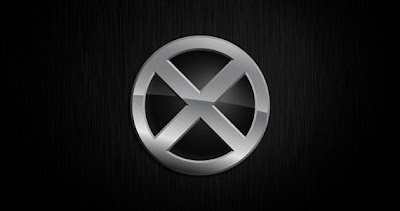 I playing MHR right now and enjoying it, but it does involve some "un-learning" from 4E.

If there's one disconnect between the rules and gameplay, it's the distinctions. A semi-clever player will always find a way to work either a personal or scene distinction into their pool, which the game seems to suggest that being able to work in a distinction regularly represents some profound quality in the character.

There is a kind of hierarchy to it:

The first thing on your sheet is the affiliation and it always applies.

Then there are the distinctions and they almost always apply

Then the socialites which seem to be fairly narrow individually speaking but there tend to be more of them so it balances out.

My players seem to be able to generate 4-5 dice pretty easily and I think it's meant to work that way. The guidelines are pretty loose but we're having a good time regardless.

"specialties" not whatever word I made up there.