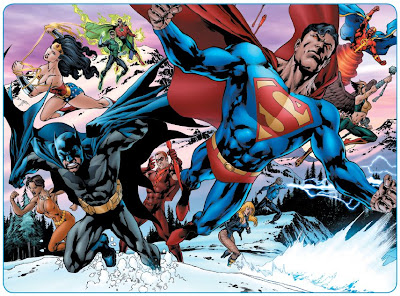 It's been a while since I've talked newsy stuff - been building characters you know - and it's clearly time:


UPDATE evening of 4/24: Well I picked the right day to talk news. The biggest news of the day is the end of the Marvel Heroic RPG after a little more than a year. That might be a record.  Announcement is down the page here. MWP Forum talk is here. There's just nothing good about this and having just recently started up a new campaign for the boys I was hoping for a lot more material over the next few years. Age of Apocalypse would have been a huge boost to any potential X-Men games. Looks like it stops with the Civil War books and Annihilation. Damn.

So by the end of this year both the DC and Marvel RPG licenses will be inactive. That's a little surprising with all of the movies and cartoons and everything else going on right now. If this golden age of superhero stuff can't support these kinds of things when will it be viable? 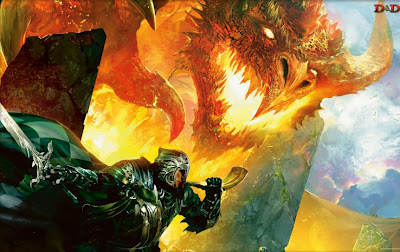 D&D:
D&D Next takes a misstep - take a look at this article and then look at the comments below it. Skills optional? Feats default to a +1 Ability Score with other options ... optional? Yes, it looks like quite a mess. This is the kind of stuff in a really good April Fool's joke, but it appears to be true.

In better news, Stonehell : The Rest of the Dungeon is on the way to being completed. Facebook page is here for more info.

Also, Pathfinder keeps cranking out more books! I kinda wish I had gotten more into it, but then looking at the monthly pace of publication I'm kinda glad I didn't. 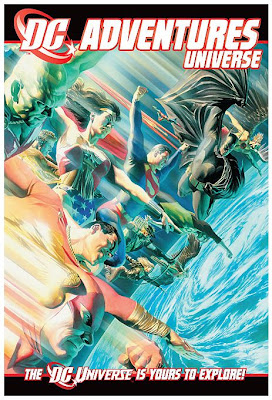 M&M:
The DC Adventures Universe book is finally headed our way - announcement and a preview here. I expect that with the wrapup of the DC thing we will see more straight-up M&M books in the next year or two, likely with a Freedom City 3E book at the heart of it - that's  not announced or anything, just my speculation. With Cosmic Power, and Emerald City already set for later this year and the bi-weekly  Gadget Guides going strong M&M is looking good. 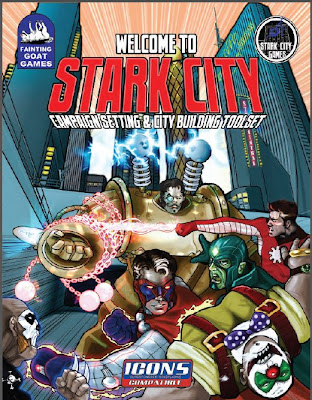 Stark City has begun releasing chapters to backers and it's solid. More on it to come. 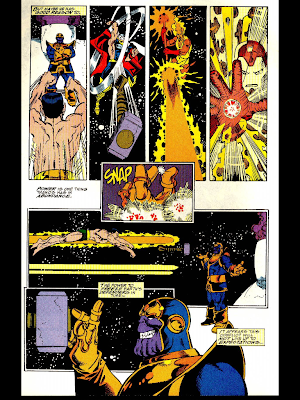 The downside here is that the 4E ToEE game has gone quiet again as they are more interested in Stonehell and one of the superhero games most of the time.

The other big loser is ICONS - we just haven't played it much recently. Not through lack of interest but through lack of time and the right combination of Apprentices. It has been mentioned several times lately so I don't think we will get past the next couple of weeks without a session but it is an unusual gap for us. I'm thinking about turning Stark City over to Apprentice Blaster to see what he can do with running a game but I'm not sure he wants to - he's pretty happy as a player.
Posted by Blacksteel at 5:00 PM

I am extremely disappointed at the cancellation of Marvel Heroic as well but not entirely surprised.

With the game having been out for a year and only Civil War available in stores it would appear to be poorly supported. True there is/was more available online but when I visit my FLGS and see nothing new I subconsciously think, "Well, so much for that game".

You know what would be really cool? If M&M picked up a four book deal for Marvel.

A fan can dream can't he?

First, I'd take 4 books of equivalent quality for Marvel in a heartbeat.

Secondly though I would like to seen what the Ronin can do with a year of not having the huge distraction of the DC license and all of the overhead that requires. 2013 already looks to be more productive than 2011 or 2012 and I think 2014 could be even better.

That said if they announced a 4-book Marvel deal next month I would not be upset : )

Looks likeAnnihilation isn't going to be an option either, ending with just the Civil War, Fifty States, and Young Avengers. We'll be lucky if the X-Men Civil War comes out. Though it looks like the Annihilation PDF is in sale at Drive-Thru?

Yeah, there are more PDF's out than printed books for Marvel. I'm sure they will be showing up in other "channels" pretty quick.