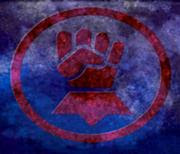 One of the things I aim to change this year is the irregularity of our miniatures gaming. Our RPG's have been on a somewhat predictable schedule, even if it has been hammered by conflicts with kid events and holiday changes. Our miniatures gaming has been even more ad-hoc than our RPG's and while that's fine in a lot of ways it makes it difficult to look back and justify the amount of money spent and space taken up by these things if we don't use them regularly. So this year I'm going to put some structure around it.

The structure for 2013 is the Tranicos Campaign. Tranicos is a largely undeveloped fief world in the Loki sector that is one of the few temperate, hospitable, and largely untouched planets in that sector of space and was used by the Crimson Fists as a training world with minimal exploitation of its natural resources. During Waaagh Snagrod, it was invaded (like so many other worlds) by Orks from the Empire of Charadon. 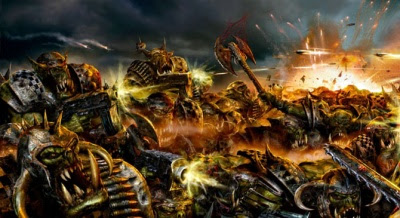 989.M41 - Invasion of Rynn's World Snagrod the Arch-Arsonist invaded Rynn's World after Crimson Fists' failed attempt to slow Waaagh! Snagrod on planet of Badlanding. In a freak accident, the Crimson Fist's fortress-monastery was destroyed in the initial invasion by a rogue missile from the planet's own defence system and the chapter all but wiped out. Without the protection of the Crimson Fists, the humans were quickly slain, and their settlements, with the exception of New Rynn City, the planet's capital, completely overrun. Remains of Crimson Fists' forces defended New Rynn City until Imperial reinforcements arrived. With help of the imperial forces, including Space Marines from 6 different Chapters Rynn's World was eventually liberated.

So ... after the reclamation of Rynn's World the Crimson Fists began the long, difficult task of reclaiming their other worlds from the Orks and other factions which had seized on the opportunity granted by the Fists bad fortune. Tranicos is one of the first worlds targeted for this reclamation. Aided by some of those other marine chapters and  a regiment of the imperial guard the campaign begins now. 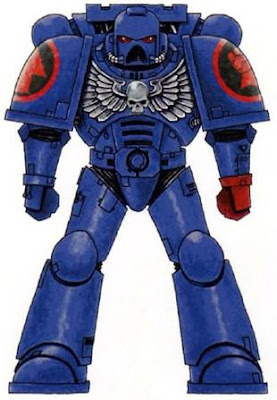 All of this stuff on Tranicos is completely non-canon and is simply my background coloring for the campaign, The stuff on the Fists and the invasion and the sector and all of that is canon, so it fits in nicely. I chose it because I have a Crimson Fists army pretty much ready to go. It's my "mechanized" marine army and one I have been reworking over the last few months to get into 6th edition shape as it was built for 3rd Edition and needed to be reorganized (whaddya mean 6-man las-plas squads aren't allowed anymore?). I also have a fairly sizable old-school ork army so I can provide the core of both of the main "sides" for this campaign. I have a lot of temperate/ruins type scenery and I didn't want to have to go making up a bunch of new terrain boards either - that might be next year's project.

Apprentice Red has a main force of Orks and is building a Necron army so he should be pretty well set to take one core side with a neutral raiding force as another option.

Apprentice Blaster has a main force of Space Wolves with a newly developing Eldar army as well so he too can take an opposing core force and a neutral raiding or allied force, just like Red.

Lady Blacksteel has somehow acquired a Dark Eldar army that will no doubt make an appearance at some point during the year.

My other armies include some Eldar, an Imperial Guard regiment that is under development and several other Marine chapters that may be participating in the campaign as well. Throw in a few friends to make guest appearances with their own armies over the next 12 months and it should be a pretty lively place. 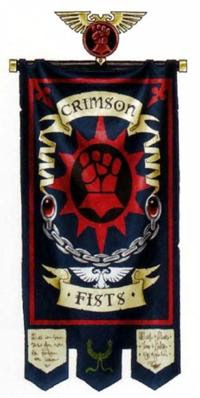 The plan is to play once a month - maybe more in the summer when they're out of school but we will see - so that by the end of 2013 we have 12 connected, themed battles to look back on. I'm also planing to make it an escalation campaign to force encourage the Apprentices to finish painting their armies before playing with them, as they have slacked off mightily in the latter part of 2012. It will help me focus too as I find my attention spread too thinly at times as well. I've told the boys to pick one army as their "main" for this campaign and to concentrate on getting the units they want to use painted up and ready to go. I'm not really concerned with building terrain or a pre-planned, detailed narrative - the main idea here is to have a regular game scheduled to ensure we get some table-time in with a game we love to play. I expect the story and the personalities will develop on their own, especially with the trash-talking you get with teenage boys exchanging virtual fire - it may not quite reach xbox live call of duty levels, but it should be entertaining.

Updates, plans, and battle reports will follow on the blog.
Posted by Blacksteel at 12:00 PM