Dungeons & Dragons December 2010 - The State of the Game 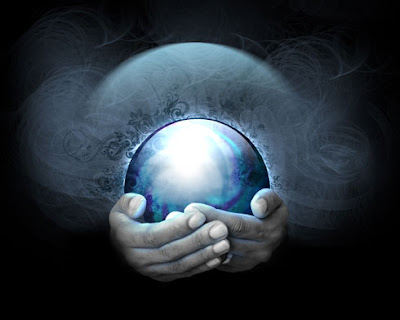 Options: We have 3 Player's Handbooks, 3 Campaign World books with player information,  and 2 Essentials player books for a total of 8 books of classes plus 6 books of class options plus 2 racial guides and various add-ons in Dragon. Adding up only what's found in books in print and ignoring any online-only material a character can choose from:
That's a ridiculous number of choices and that's not even getting down to individual feat and power choices which are made at nearly every level. So player choice is broad as far as distinct mechanical options.  Now granted we played for years in 1E with roughly 10 classes and maybe 10 races but there was some clamor for more diversity even back then (witness the number of classes published in Dragon back then) so more choices to me is a good thing and these are not just flavor choices - each item in that list has a mechanical impact on the character, beyond the flavor differences implied by each. Additionally each player character will only be choosing one option from each of those list entries, so there is pretty good niche protection and very little chance someone else will have even a similar character to yours in a typical gaming group. Then you get into magic items (another way to distinguish a character in earlier editions) and there are 2 big books of them plus items in every player book as well - there's no need for overlap there either.

For DM's there are
So DM's have a pretty good pile of material to work with when building a campaign. Monsters, sample adventures, books to emphasize particular types of monsters and campaigns - these are similar to what was done for 3E (and even 2E in some ways) so 4E is at least as well supplied as those editions and moving forward may exceed them.

Utility support for the game is a mixed bag. The character builder was pretty good then went to poor. The monster builder has been OK. The online rules database is handy for some. Dragon and Dungeon have been getting very mixed reviews this year but there is a large amount of past material available to draw upon. Plus most of it is behind a paywall which limits interest and access for many. In a strange way it's far more support than any other tabletop RPG has but no other RPG attempts to charge a monthly fee for what they publish online. I have noted some of the missteps with official support here and I see no need to rehash them further. Let's just say it's been a mixed run overall ad a mixed run in particular here at the end of 2010.

Non-official online support is very strong with forums and other sites, blogs, and numerous podcasts. My preferences are EN World and Radio Free Hommlett with a few blogs and some side trips to other podcasts. It's a strong community and most of it isn't afraid to point out both the good and the bad.

There is a lack of 3rd party product support compared to the glory days of 3rd edition - no Necromancer games, no Green Ronin, not much from Kenzer, not much from anyone else really at all other than Goodman Games. Goodman has put out some adventures and apparently plans to put out some more in 2011 - good luck to them. The way 4E is set up I think adventures are about the only way to go. Not so much due to licensing issues but due to the tyranny of the character builder. Many 4E players have the attitude that if it's not in the CB then it's not in their game. This has cut 3rd party development off at the knees and in my opinion is at least as much of a problem as the GSL as I just don't hear a lot of call for 3rd party class books or even monster books, which were fairly popular in the 3E era.  There have been some efforts made at 3rd party campaign world products but even there flavoring a particular world involves a few custom builds, paragon paths, epic destinies, and monsters, most of which are ignored by players due to the CB barrier mentioned above. At that point it's easier for most DM's to build their own world and just stick to the official mechanical material. One thing to keep in mind too is that "limited 3rd party support" is pretty much how it was for 1st and 2nd edition too, so this isn't really a new state of affairs, it's more of a return to the norm.

So, the future - how does it look? Well there is a lot of material coming down the pipe from WOTC. There's the revised class book and a new DM screen in February, "Heroes of Shadow" in March, and a new magic item book in April, plus more dungeon tile sets.  There's at least one more boardgame and some more Gamma World stuff coming too but I'm not concerned with those here. Apparently the new books will follow the Essential format of cheaper smaller paperback rather than returning to the original 4E hardback format. That's fine, I am not concerned. There was supposed to be a sourcebook on the default campaign setting but that was removed from the schedule. There is supposed to be a Neverwinter book and another monster book is scheduled for June but that's a long way out. It's not a total lack of material but it seems small compared to previous years and I am not sure what to think of it. What's the 2011 campaign world? What about more player books? What about a racial or power-source booster book?  2010 had the PHB3, the Monster Manual 3, Psionic Power, Demonomicon, Tomb of Horrors, Dark Sun, and then the avalanche of the Essentials launch. Right now 2011 looks fairly sparse compared to that. It's early so we will see. hopefully some home-run products will be announced and excitement will pick up.

Personally it's been a good year for D&D here. "Invigorated" would probably be the word for it. A year ago I tried out 4E for the first time and it was a disaster, so the apprentices and I pulled out  Moldvay Basic D&D and started up a game of it instead. It brought me back to my early days and forced me to think about what and why and how I play and run D&D and RPG's in general. In doing so I looked at all of the editions and eventually decided to re-examine 4th edition and decided it was worth a try. I started up a new campaign with friends and  I am very happy with it. It's very much the main game now though old-school options remain in play at different times as opportunity permits. It's a good place to be.

For 2011 I expect the main 4E campaign to continue and expect we will break into Paragon Tier by the spring. With a really good run we might even make it to Epic by the end of the year.  The apprentices campaign will get to Paragon too but it will probably take a little more time. The Basic campaign will make a reappearance during the holidays and will pop up intermittently during the next year as well. My hopes for a 1E campaign are limited right now because of time but I am going to try and work it in soon, maybe with a kickoff during the holiday break with a mix of friends and apprentices.

As far as this blog I am enjoying it and plan to keep posting as long as I have something to say. It won't always be D&D specific - at least not as much as it has been - but it will always be where I post my gaming thoughts. I'm glad some of you have found it interesting from time to time and I'd like to thank all of you for leaving comments - feedback is good. I know this is kind of an end-of-the-year post but I wanted to go ahead and get it out of the way before the 31st so just let me say Happy Holidays and thanks for reading.
Posted by Blacksteel at 12:00 PM