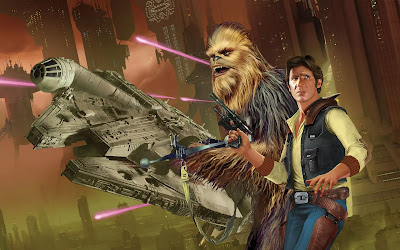 Well I mentioned something about Star Wars a while back and that did turn into something though not quite what I was thinking at the time. Given our other schedule issues we've restructured things and so for our first non-Deadlands weekend I ended up running the Edge of the Empire Beginner Box ... which I had somehow never run before.

My thinking was that I wanted to give FFG Star Wars another try but given its very different approach with the dice and all I wanted to try it out with my current group of players before committing to a longer run. So we did exactly that - a tryout! I had 5 players. Two of them used pre-gens from the box, two brought in PC's they had from a prior EotE run, and one had a character from some other campaign.

It's very railroady as you might expect from a starter adventure and it introduces the major elements of the game system along the way which is what I wanted. I already know we like Star Wars - what I wanted to test out was the system. I haven't managed to run more than about 5 sessions of this one in a row so I really want to see if I can get a sustained campaign going. 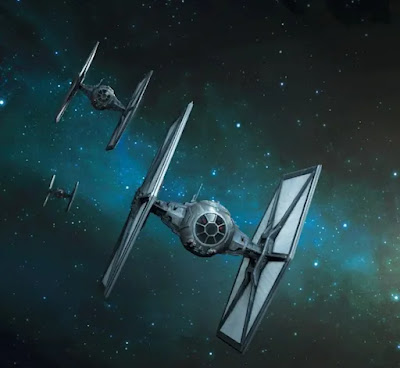 I have to say that despite it being about 5 years since I last ran this game it came back very quickly and it felt even easier than before. Maybe I've read and played more games since then or something but I really felt like I grasped it right from the start. The adventure covers skill checks, personal combat, and even some space combat in the finale and all of them ran well which was very encouraging. I used no miniatures and no maps until the very end when I pulled some X-Wing minis off the shelf to show relative positions and add a little flair to things. Some TIE fighters vs. a YT-1300 is a pretty classic moment and afterwards comments were made that it felt very much like Star Wars.

Many options were discussed but it was decided afterwards to continue on with some of these same characters in an Edge-style campaign. No definite connections to the Rebellion and no definite force users at this time. We are setting it back before Ep IV in the Rise of the Empire era so that will keep things interesting.