Day 30: What is an RPG genre mashup that you would most like to see? 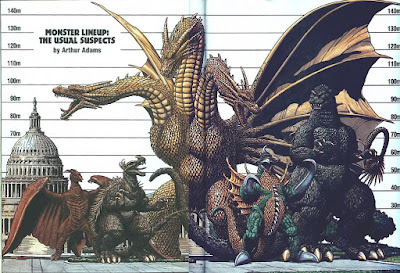 Don't we already have just about all of these? At least that we're likely to see published since a Star Wars - Star Trek official crossover is unlikely at best? Between Shadowrun, Torg, and Rifts haven't we had them for 25+ years now? Deadlands, Numenera ... how much is left here? Superhero games tend to do this inherently and we have tons of those.

I'm struggling to come up with something original here that's a mashup.

How about this though as a game I'd like too see whether it's a mashup or not?:

How about a Kaiju RPG? Something where you play as a Kaiju - you get the Kaiju's point of view? You have some kind of motivation for doing what you do - smashing cities, roasting tanks, eating nuclear power plants. You have goals to accomplish and these pesky humans and maybe other kaiju are standing in the way. Maybe you're eating, maybe you're doing this stuff to reproduce, maybe you're trying to protect the planet - but they just do not understand and they cannot be allowed to stand in the way. 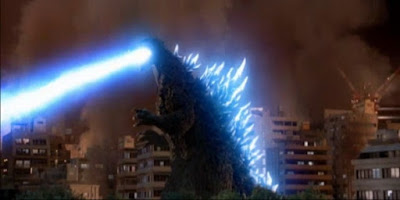 I'm sure we could come up with a basic mission structure:


The trick is to make all of these interesting and applicable to most characters. I could see using a fairly simple system similar to FATE, Apocalypse World, or ICONS. I could also see going more complex and building up some sub-systems for battling the human military, spawning offspring, battling other Kaiju, developing a cult following among humans, all kinds of little things that show up in these kinds of movies. Maybe the whole framework of defending earth against various threats from pollution to alien invaders would serve as the core conflict.

To make it a mashup once you have the basic system figured out then it's time to take it into space with *COSMIC KAIJU*! Now you're not just defending the earth - you're going into space, perhaps allied with humanity and their space fleets, to stop alien threats before they invade! Imagine Star Blazers/Yamato or Robotech/Macross  with Kaiju as a part of the fleet!

I would totally buy that basic Kaiju RPG concept. That game would rock.

Hell, I would MAKE that RPG.