I've had an interesting mix of old stuff (below) and new stuff (mostly Pathfinder and D&D 5E) arriving lately. They've been stacking up though so I'm going to have to pause and spend some time reading them. This round looks like I've subscribed to the Barking Alien Collection for some reason. 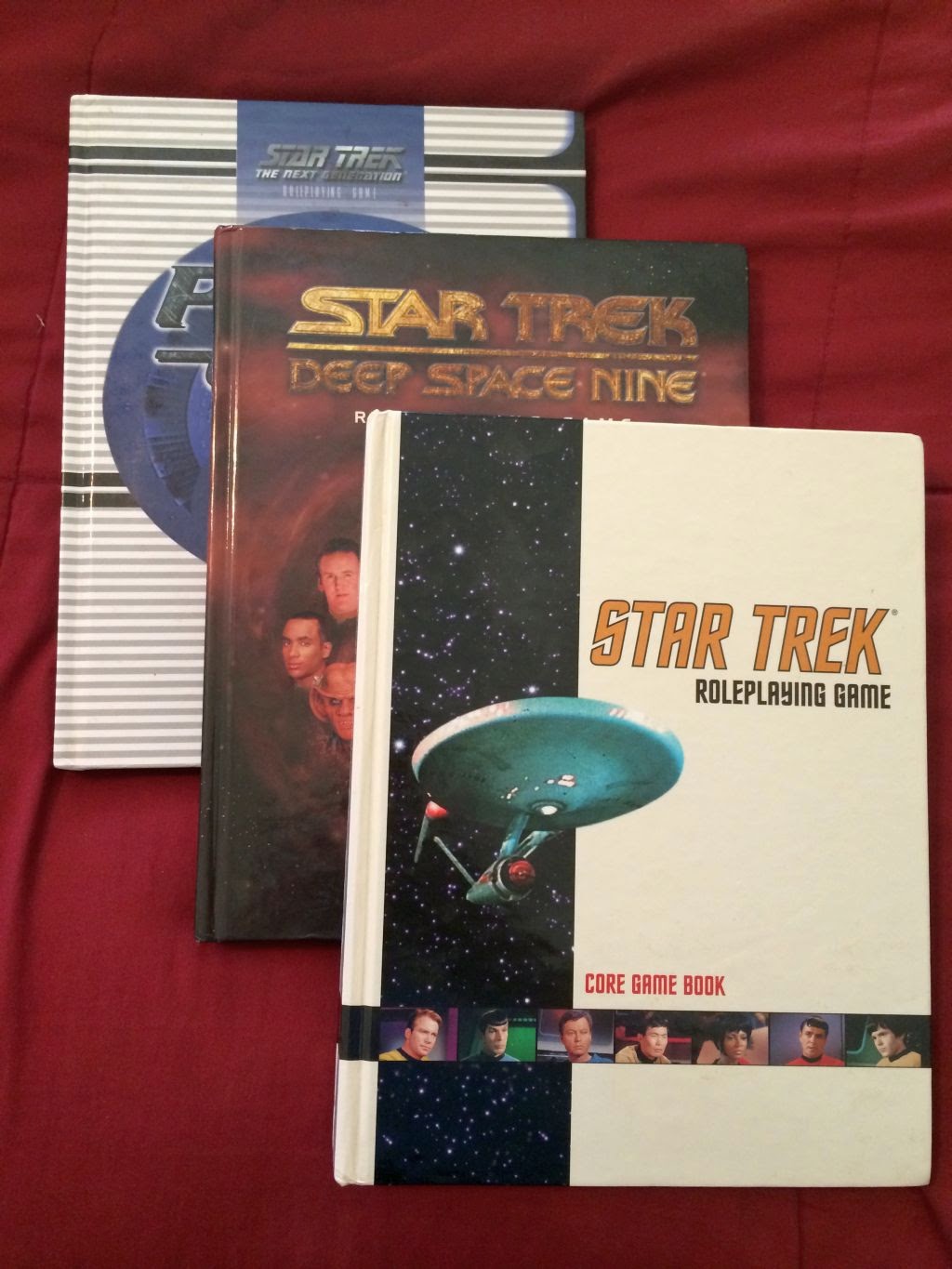 Now I have written about LUG Trek before and the short version is that I wanted to like it but the mechanics just didn't do it for me then, being a die-hard fan of FASA Trek. The last few years though I have become a lot more interested in simpler mechanics and I've come back around on this game. In light of that I am rebuilding my collection of these books. 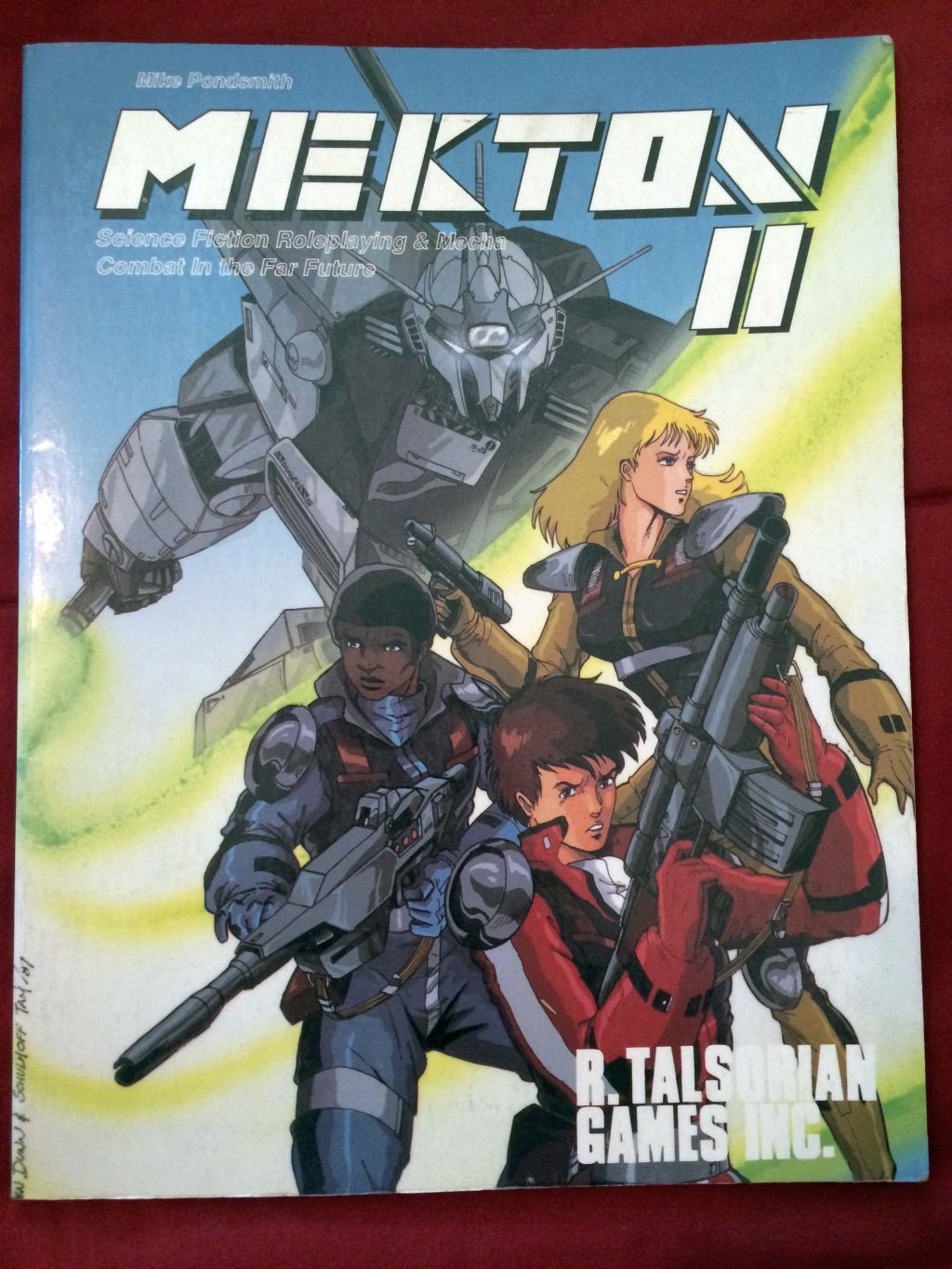 Mekton!I actually owned a pretty solid set of Mekton II and Mekton Zeta books about 10-15 years ago but just never could get anyone interested in playing and so I eventually got rid of them (it happens occasionally). With the Apprentices I might have some interest in a giant robot game so why not grab a copy? I had Roadstriker and Empire as well so those may find their way back onto the shelf sometime soon too. I have a rough idea for a campaign here but it needs some refining before I would try to do anything. I'd probably run something short or a one-shot to see if there's any interest first. 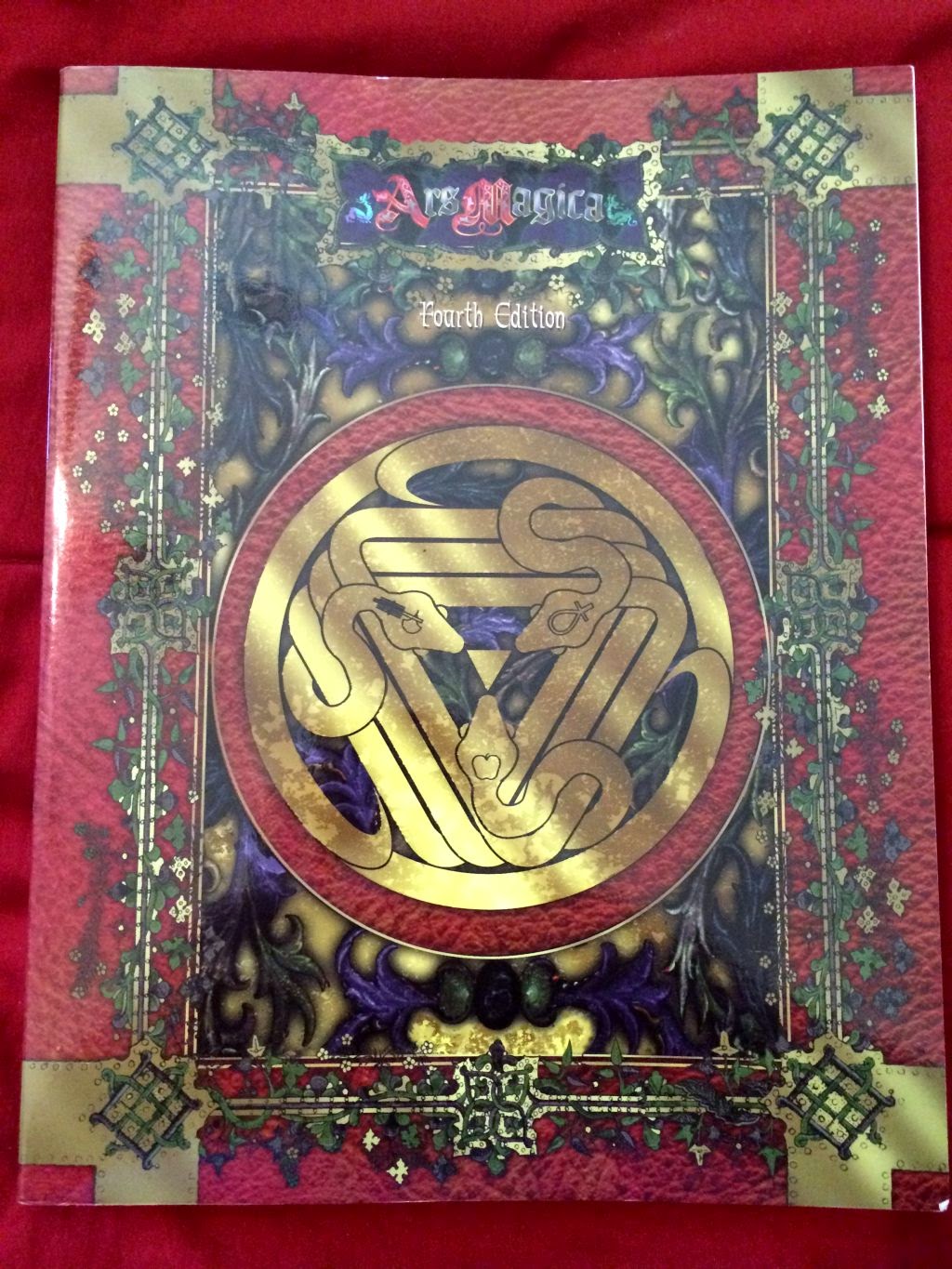 Ars Magica - Never owned it, read it, played it, or saw it being played, but I've been hearing good things about it from people whose opinions I respect for years. I decided I should pick up a copy and see it for myself. There seem to be about a half-dozen editions and a pretty good pile of supplements for each one. I have no idea what the optimal set of those would look like so I picked a fairly inexpensive copy of the core book for 4th edition as my entry point.

In a way, all of these are more about filling in the bookshelf with things that interest me than any immediate plans for a campaign, but that's part of the fun. Sometimes it takes time for things to percolate and develop into something that says "run me!" at the right time. It's good to have options. One of these days someone may offer to run one of them online and now I am prepared!
Posted by Blacksteel at 12:00 PM

I like the DS9 book because it gives lot of options for non-Federation PC's and NPC's. And Mekton II is fun, although I always like Zeta.

I have no experience of Mekton at all but I've heard excellent things about it so I picked up II a few months ago to see what it was like. The rules are perhaps a bit too complex for my liking but the emphasis on storytelling -- and romance! -- was quite unexpected and charming. Enough so that I am going to try to get my head around the rules so I can give it a try.

I had to double check my shelves when I saw this post, LOL.

I am surprised you found Mekton too complex Kelvin, unless you are talking about Mekton Zeta. I love Mekton, but I think that version of the game over did it a little.

Mekton II is definitely the way I roll when I run that game.

The basic task resolution is fine but I bounced off the mecha construction and combat mechanics. I was impressed enough to give it another go, when I find a moment to do so!