I have a fair amount of stuff for the original edition though I've run it all of ... once. Ah well, it's still cool though this one is a little pricey if you want an actual book. It's already done and just waiting to be published, apparently. I have no worries about this one getting out the door.

It looks interesting and it's Savage Worlds so I'm probably there on this one.Pinnacle has delivered on all of its Kickstarters, so no worries there, but the physical book level seems a little pricey here too.


I noticed something else about these:

These two are pretty regularly involved in crowdfunding.

This one has been popping up in various RPG Facebook groups: Dragonwars of Trayth

"Epic Quest publishing is a group of experienced RPG game designers, artists, and authors who work as a team to bring Epic adventures in many versions of RPG products."

That's pretty generic. Watching the video the whole thing looks tremendously 90's. They have a lot of pledge levels that don't have anything to do with the actual adventures - lanyards, water bottles, and T-Shirts. A character sketch or a painted mini at $200 seems ... optimistic. Ernie Gygax seems to have some involvement, presumably tied to the museum funding stretch goal once it goes over $35k. This one seems all over the place to me. Oh, and this:

"Between all of our employees, we have over 30 years experience in the RPG world..."

So that's a total for the whole team? Of at least 4 people? I'm not sure this is a feature. What else have they done? The bio mentions "experienced RPG game designers" - experienced on what? This is a good way to draw in fans of other material if you can point to something else out there that you had a hand in making.

I'm also curious about the repeated "never been done before" type claims. It seems like a series of 25 adventures taking characters to 30th level is supposed to be unprecedented. Well, Scales of War for D&D 4E was published in Dungeon magazine with 18 adventures taking characters from 1st to 30th level, and this was in a system that actually had rules for going to 30th level, unlike some of the systems they are using. Pathfinder AP's also seem like something that might warrant a comparison. Claims like this make me wonder how in touch they creators are with what's going on in RPG's now.
At the very least it will be interesting to watch. 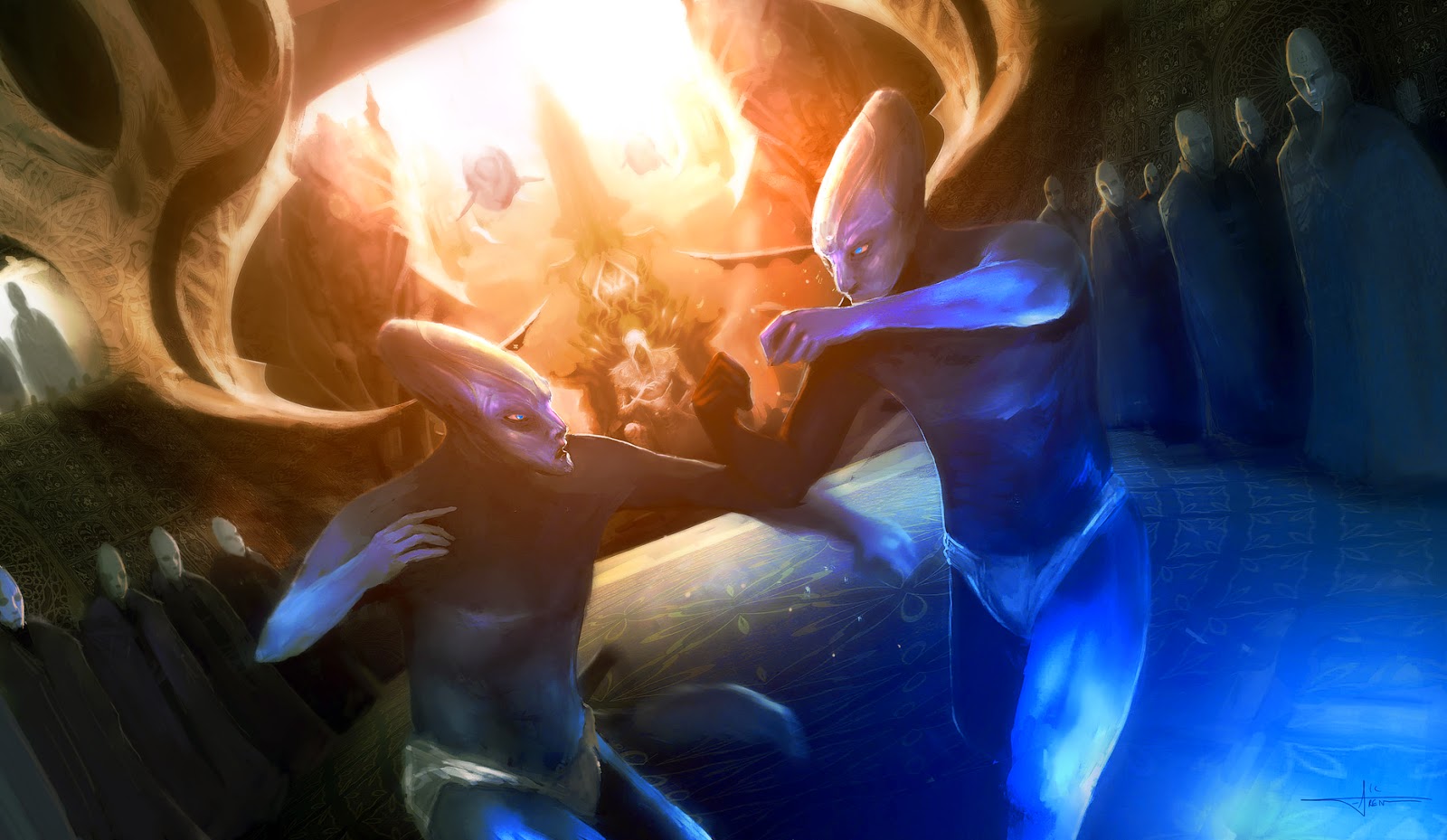 ANKUR: A gofundme project to publish a setting and system that I'm still trying to figure out. Home page is here, request for money is here. I've never heard of the author but he's put a fair amount of background info out there, just not much in the way of mechanics.

From the home page:

"There are five player character races to choose from in the game world of ANKUR. Choose between standard humans, a race of pigmies, Neanderthals, highly intelligent coneheads, or powerful Yeti"

Not sure what to make of that.

The world of ANKUR attempts to immerse you in a setting that puts a distinctly sci-fi spin on various ancient world mythologies. The game’s setting is largely based on ancient Sumerian mythology and is further inspired by the writings of H.P. Lovecraft, Robert E. Howard, Maurice Chatalain, Edward Bulwer-Lytton, and Zacharia Sitchin. The game’s timeline takes place on Earth (known as Ki) just after the Great Flood, some 25,000 years in the past. A race of Alien beings from the planet Nibir, in the farthest reaches of our own solar system, come to earth to mine gold for the production of Mana. Through genetic manipulation, they create a variety of humanoid slave races to mine the gold. A series of cataclysms and power struggles, set in motion events that will entwine the destinies of these races forever!

That is a whole lot to chew on. Most of the site past the home page is blank so it's not looking too good here.  I'll give it this - it's not a cookie cutter setting.

That's probably enough for now. I'll take another stroll through these down the road and see where they are and what else is out there.
Posted by Blacksteel at 12:00 PM