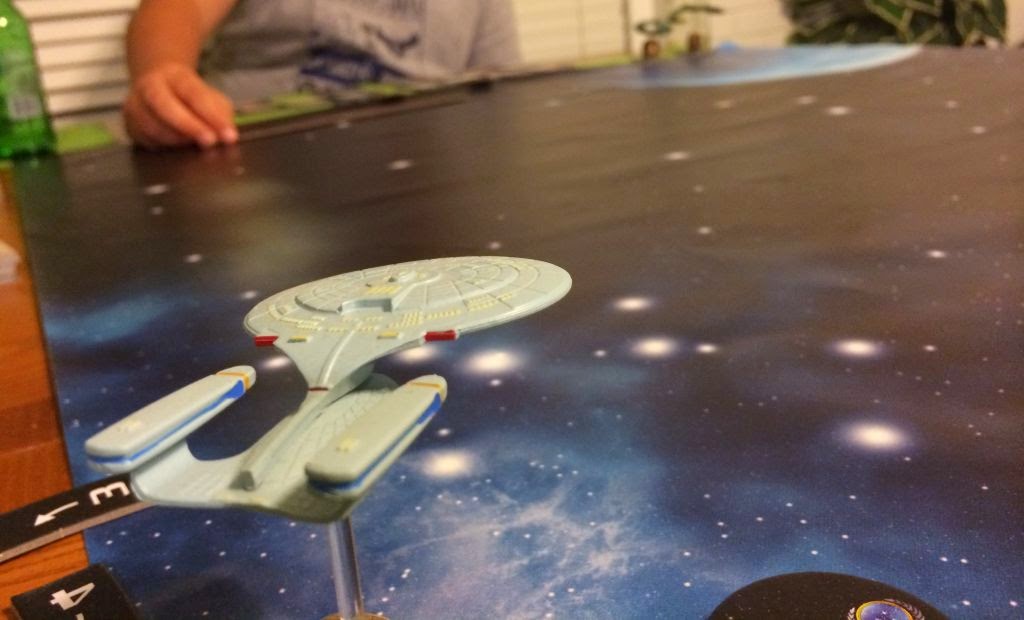 So while on our last short vacation of the summer we did get in a little game time. Normally I try to travel light and focused but between what the kids asked for and what I thought we might play I ended up dragging along a pretty big bag of game stuff. I knew were getting to the ridiculous level when I stuffed the cowboy hat we use for fate chip draws in Deadlands into the bag but I did it anyway. Of course, we ended up playing very little of it which I hope I will remember the next time this comes up. On that note, some good travel games:

40K is not so travel-compatible so I have nothing to report there this week but we did get in some Attack Wing. We even got to use the new mat which is much easier on the eyes than the old Paisley Nebula battlefield we had before. 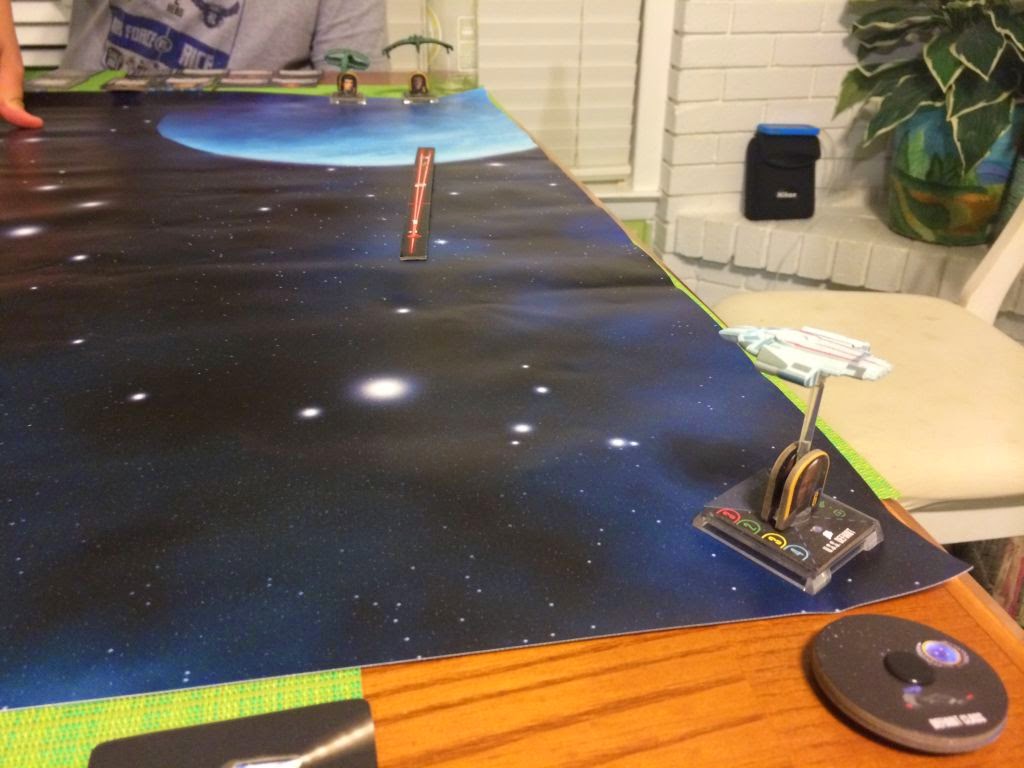 We settled on 100 points each with Blaster taking the Romulans and myself taking the Federation. Originally we were thinking it would be 3 ships each but by the time we loaded them up with captains and upgrades we ended up with two each. Taking more but weaker ships is something to explore in the next game I think. I ended up with the Defiant under Sisko and the Enterprise under Picard (shocking, I know). He ended up with the named D'Deridex and the Valdore.

I had a vague strategy of pulling him into a position where both of my ships could fire on one of his but he could not fire on mine via the Enterprise's 360 firing option and some of the maneuvering options I put on both ships and the handiness of rear-firing torpedos since the Romulans are a forward-firing-only fleet in this game. It ... sort of worked. 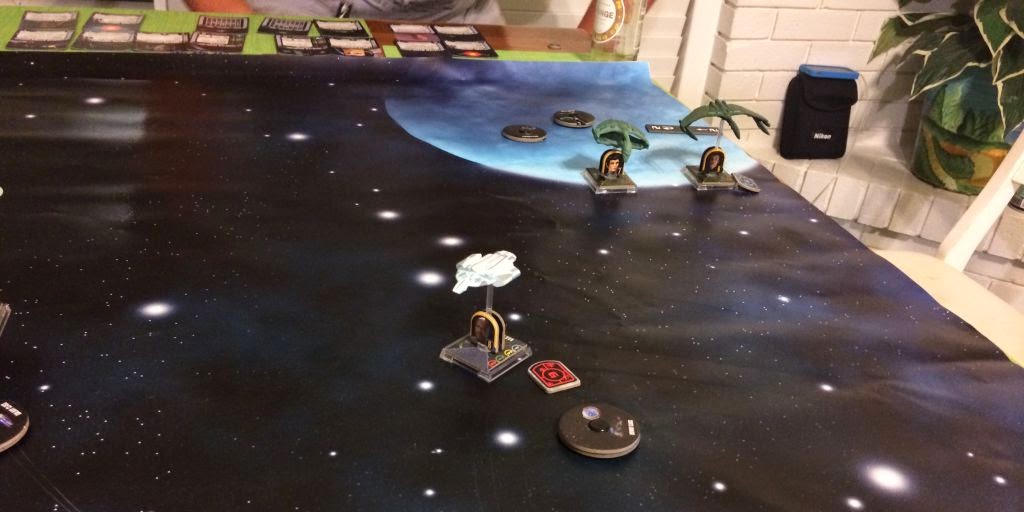 Due to my split deployment the Defiant spent the first couple of turns running for its life and failing to fire rear photons because I kept making stupid mistakes like forgetting that I could not order a target lock  after executing a red maneuver. The running part was part of the plan, the lack of damage to the enemy was not. With some careful positioning I could have knocked down the shields on the Dex while staying out of range of the Valdore, setting up the Enterprise to come in (form the left there) and finish off the Dex. Then we would combine on the Valdore. 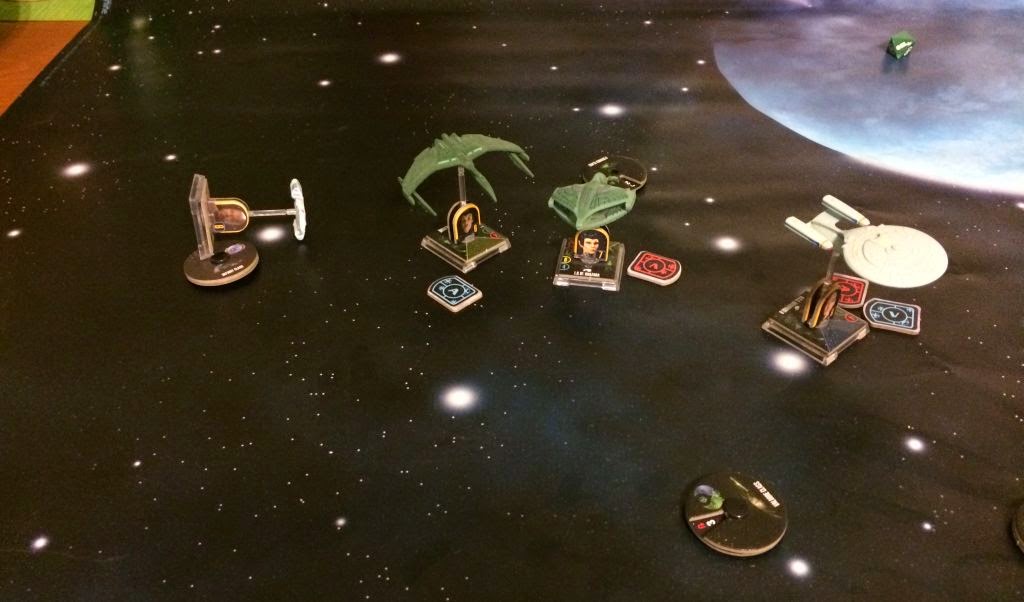 We did manage to take down the shields on the Dex (finally) but mistakes caught up with me and the Defiant blew up. 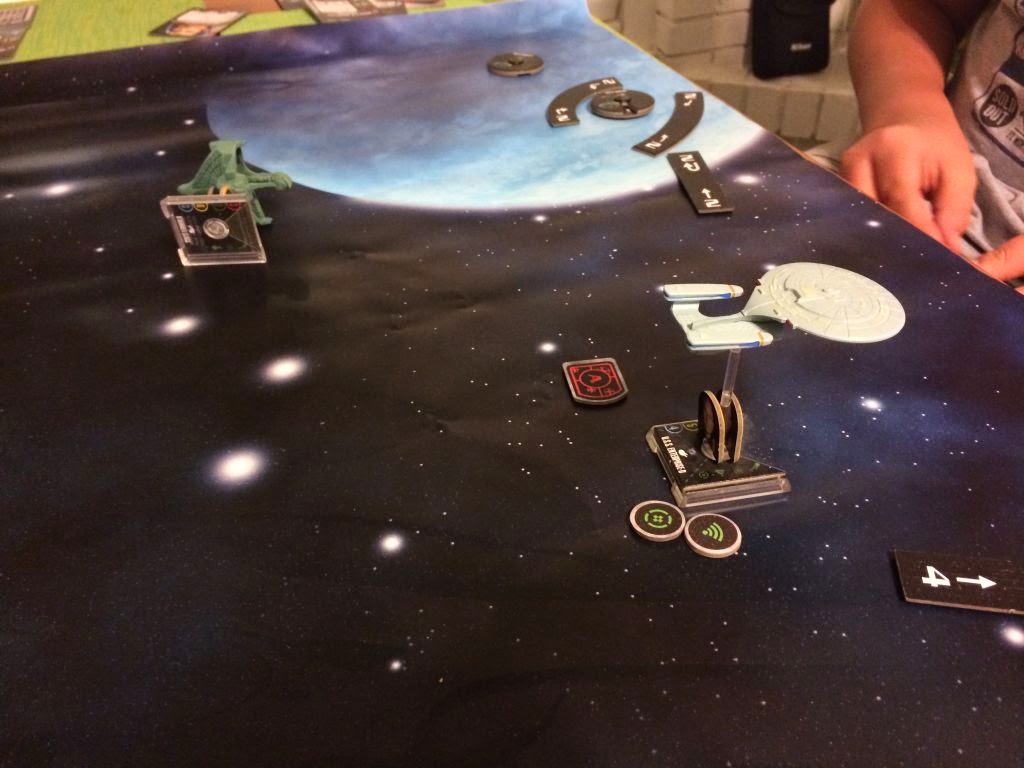 A turn or two later the photons locked on and blew the D'Deridex away. See, it sort of worked. 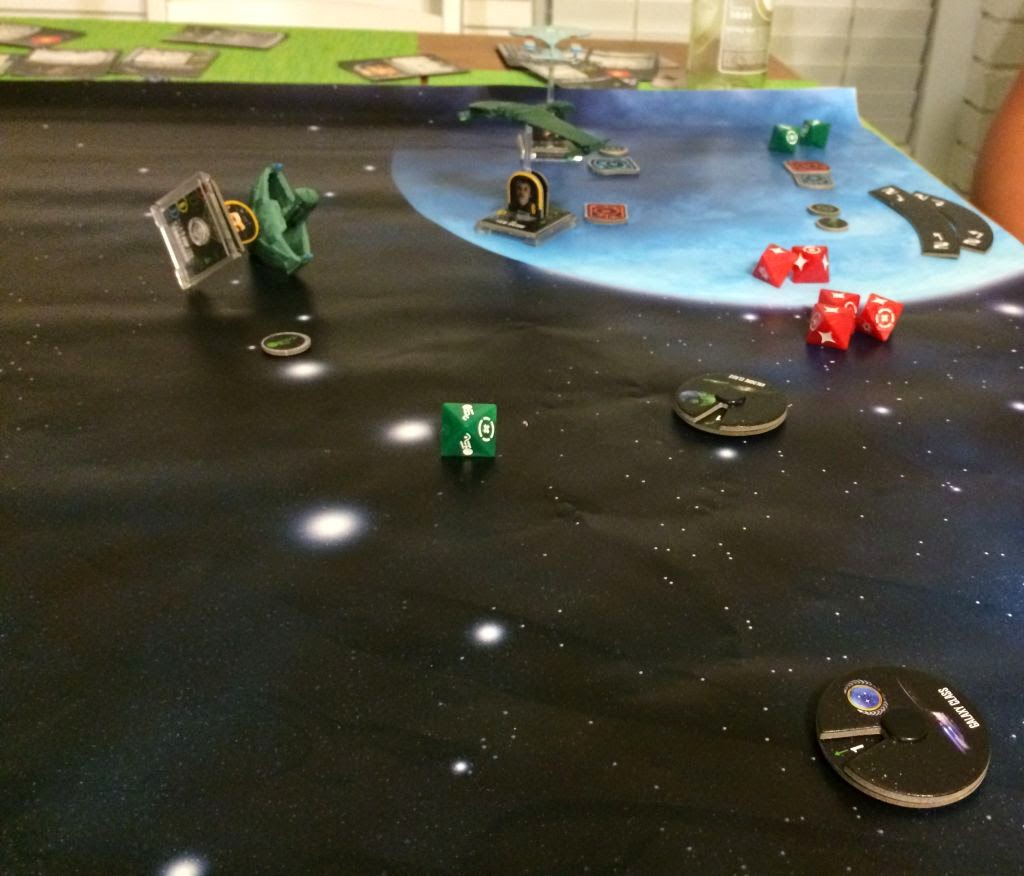 Unfortunately this left a shieldless Enterprise running from an undamaged Valdore while trying to rearm photons and establish a lock on to the enemy warbird. Red maneuvers really hurt the Enterprise as you lose your normal action AND you lose the bonus action from Picard. Especially after you get the critical that reduces your captain skill to a "1" I had to use a few to try and get away from the 'bird and the edge of the map but no longer had the initiative and was not able to shoot back while doing it and the Enterprise went down to the vicious roll you see above .

It was a lot of fun and hopefully shook the rust off. Yeah the edge of the map thing is kind of dumb in a space game that is not specifically about defending a fixed point like a planet or space station, but it's part of the rules. I flew like I had never played before and even Blaster said he thought I had the ships geared correctly, I just didn't make it happen. So, A for planning, F for execution. Ah well, there's always next time.
Posted by Blacksteel at 12:00 PM