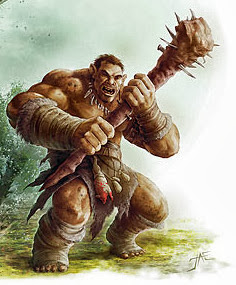 So, uh, yeah, bit of a timeline jump here. "When you find yourself deep in a hole, stop digging." My last session summary on my "main campaign" was in March of this year and it was for session ... 6. We've been playing the whole time, I just stopped writing up the summaries, and if you let that kind of thing go it can pile up on you. To head off any further growth in my backlog, I decided I needed to start posting the more current stuff as it happens, and I'll work on catching up later. Think of it as artsy flashback/timeline tomfoolery, like "Lost", or BSG's "One Year Later" episode. It's actually more than a year between #6 and #26 in real time, and quite a bit less than that in game time. Enough...

We begin in the city of Brindol, Impiltur, Faerun. Still stinging from their failure to stop the summoning ritual that allowed an aspect of Tiamat into the world, our heroes use the old portal once again to return to the city. They are greeted by Lord Cartwright and his aide who are relieved to see them alive but have an urgent problem: the Lion Knights of Brindol are battling the encroaching Red Hand army to try and stave off a siege but a group of hill giants has separated from the main army. One mob is attacking one of the gates while others bombard a section of the city wall with boulders. The city watch is being overwhelmed and the rest of the defenses are still being organized - can the heroes help? With barely the time to catch their breath, the party agrees to check the raid.

Gravis wants a tactical advantage if they are going to be fighting giants and requests the aid of the Tiri-Kotor elves who have forces in the city. They agree and soon the team is mounted up and airmobile. they sweep over the wall and swoop in behind the giants attacking the gate. It's a small force of only four brawny giants swinging a battering ram, a shaman-looking leader, and his pet - a monstrous scorpion beast.

The defenders of Brindol dismount and charge! Torin, Gravis, and Maximus cut down the shaman almost immediately while Zarra uses her uncanny charms to dominate the giant scorpion pet, turning it against the other giants before leaping into the fray herself! Not the brightest of beings, and befuddled at the sudden assault and their turncoat pet the giants die to a man in front of the gate. The heroes are battered but driven to carry on, so they whistle for the owls and remount to extinguish the second assault. 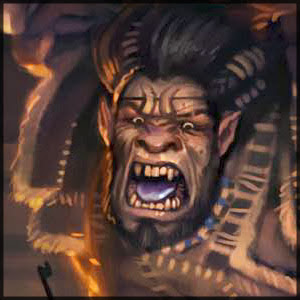 The second group of hill giants is gathered in the ruins of an ancient shrine outside the city walls. They are picking up everything from fallen masonry to grave stones and hurling them at the wall and seem to be having quite the time doing so - it's possible alcohol is involved. The party is soon over though as the owls drop down out of the sky and five deadly warriors close in around them like the fingers of a deadly fist! under Gravis' direction Maximus leaps in and draws their attention (gladiators!) while Zarra and Torin rip into the behemoths with no mercy. The giants fight back with clubs and boulders, knocking some of the heroes for considerable distances but the counteroffensive is unstoppable and this fight can only end in one way. Soon enough the giants are down while the party rests for a moment. Soon enough they call the owls down and take flight back to the city, mission accomplished - for now. 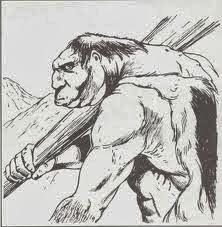 DM Notes: This was a get-things-going-again session after schedule issues caused us to miss most of the summer. I normally want a minimum of four players to run (I build the crunchy stuff for 5 players - bring 4 and I have an advantage, bring 6 and they have an advantage) and that's been the rule since very early on. After losing one of our regulars though it got a little tougher to keep the schedule going if more than one person couldn't make it. Three were available so I drafted Apprentice Blaster to fill in with a new character and he did really well as 4E fighters are fairly complex in play with the whole marking thing.

The session before this was a really tough marathon fight that ended with mixed results but the players felt like they had not succeeded. I wanted to keep it fairly simple with a straight-up (and more level-appropriate) fight to let us all get back in the groove again and that's exactly how it went. No time for dilly-dallying around with social interaction or skill challenges - we're under attack! Help us!

(That other stuff will come next time)

One technical note: adding decent mobility to this all-melee party made it incredibly vicious when it came to inflicting harm. A fighter, plus a tac warlord and two nasty melee strikers meant they were not at all afraid to mix it up in close and they were easily peeling triple digit hit points off of the poor giants every round. Nasty. They are truly Savage.

So in the end the city is being surrounded but the heroes have returned and quite directly and visibly established themselves as the top defenders of Brindol. Tune in tomorrow for Session 27!

I must admit, I read your Impiltur posts about two or so weeks ago and they inspired me to start writing up a 4E Impiltur campaign that I can hopefully use for new players.

I'm really pleased to see that your write-ups are back... even with a 20-session gap! :)

Well I'm glad you're enjoying them. I do feel a little bad about skipping ahead but I was never going to catch up otherwise. I will go back and fill in when I can - eventually it will all be there.

I wish I had a chance to put a little more "Impiltur" in it as I feel like it's been light on regional feel but the House stuff gives it some flavor outside of the current adventure and gives me a way to drop in some hooks too.