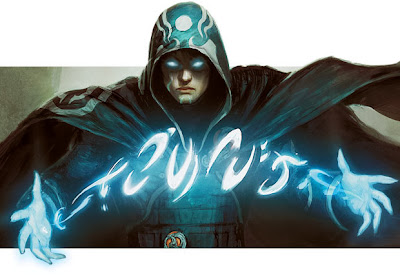 There have been a few developmentss since the last time I posted about Next:

How would a 3.5 prestige class designed to be taken by a multiclass character, like mystic theurge, be modeled in D&D Next as a subclass?

While we can’t yet talk about which specific subclasses we’re going to end up with, we’re looking into “multiclass friendly” subclasses to help blend the spellcasting classes with those that are not spellcasting classes. This goes in both directions; while we might have a subclass for, say, the fighter that makes it easier for that class to multiclass with a spellcasting class, we’re also considering subclasses for spellcasting classes, like the druid or sorcerer, that make them friendlier for weapon use. For the classes that already mix weapon use and magic, like the bard, cleric, paladin, and ranger, we are less likely to look for subclasses for that purpose. For any concepts not quite rich enough to support an entire subclass, we’re also looking into feats as a potential way to deliver some class-blending aspects, much like what you would expect from the multiclass feats from 4th Edition, especially since the feat design we have right now packs a lot of punch into a single feat.


Wow, I thought multiclassing was settled pretty well in that last packet but now we're tweaking sub-classes for it and we might also use Feats for it? Options are great but this could turn into a mess really quickly if someone takes a few levels in two or three classes, takes a multi-classing feat or two, and then moves into a prestige class. It doesn't really matter until we get details but the 3E approach they've published gives a player two ways to mix in more flavor: per-level multiclassing and prestige classes. I think adding feats into the mix could be interesting but how does it improve the game or add options that those other two do not? I suppose we'll just have to wait and see.


From the week before:

What is happening in the game world when a fighter deals damage on a missed attack?

Since Armor Class represents a combination of agility and the ability to absorb the impact of the weapon (for example, why a suit of plate, by default, has a higher AC than leather armor), we like to think of it as the fighter character striking the body of the target, and the armor (or hide) absorbing the brunt of the damage, but not all of it; the strike was so brutal and skillfully placed that it did more than anyone else could have done with the same attack. For anyone except a fighter with this very specific training, the armor/hide/scales would normally absorb the full impact of the strike, thus dealing no damage and being described as a miss.

If there were two early and consistent complaints about 4E they were 1) Fighter Daily Powers and 2) "Dissociated Mechanics" where it was hard to tie the game mechanics to a physical action as it happened. This question touches on elements of both and WOTC needs to tread carefully here to avoid the same kind of blowback as we saw with 4E. "Damage on a Miss" is an interesting mechanic and I think it has a place in a game where specific mechanics play a big part in defining a character. If they handle this right - and I like the answer above - then maybe we will see some similar things included for other classes and game abilities.


From the week before that:

Mike mentioned in Legends and & Lore that sorcerer and warlock were back to being full classes instead of mage subclasses; is this true for psions as well?

Right now, psionics are not a priority for our design. Because we have many different ways we could go with the design of psionics, we don't have anything further to announce about psionics at this point.

That's very polite. I'm reading it as "Dear fans: please stop freaking out about trying to cram psionic powered characters into the wizard framework because they won;t be in the first set of books anyway." That's a smart play, even if they let that storm brew a little too long.


Finally, this came in my DDI monthly renewal notice email over the weekend:

Should you decide to renew your subscription, we wanted to make you aware of some upcoming changes to DDI.  As we look to the future launch of D&D Next, we are shifting our focus to the development and support of the new rules set, which will impact the Dungeons & Dragons Insider subscription service:

• DDI will remain available to those who still wish to access all the great 4th Edition Magazines and Tools as part of the DDI subscription.
• Starting in March of 2014, the DDI tool set (Character Builder, Adventure Tools and Compendium), will no longer be updated with new 4th Edition game content.
• Existing issues of Dungeon magazine and Dragon magazine will continue to be offered for viewing.

I'm pretty sure I read somewhere the last issues of Dragon and Dungeon would be in December 2013. Maybe that changed or maybe the extra three months gives them time for any bug fixes or additional updates to wrap things up. At least they're getting the word out now - I appreciate that.

If you're wondering why I still pay for this it's simple: I'm still running it. If you're running a 4E campaign having the compendium at your fingertips - all of the items and abilities - is a nice thing. The monster tweaker is handy too. That said, If my campaign ended next week I'd drop the subscription at the next opportunity as that is it's only real value for me.

I do wonder what they're going to do with the whole DDI concept for Next - that's some nice reliable income but so many other games (like Pathfinder) have similar (or better) tools available for free that I wonder if it's sustainable for another edition. My own guess would be "no" but I don't know that the corporate outlook will see it the same way. Maybe they will  take a note from MMO games right now and go with the pay-once model (buy the box ala Guild Wars 2) or free base game but pay for the expansions like some other games. I think it would be simpler to just make it free to begin with but like I said, most companies are going to want to monetize their digital content so I doubt that will happen. The presence or absence of an open license may play a role here too. There are some rumors going around that there will be but nothing really solid yet.
Posted by Blacksteel at 12:00 PM

Ugh. I think I might be back to playing with the earlier play test packages. Wasn't August supposed to be the last one?

Well it was, but they did leave some stuff out and mentioned there would be an update to fill in those gaps. I'm wondering now how different the final game will look from this final public beta.