So I did something like this once before and I've been thinking about it again, but this time with a different model. I'll try to use a similar format too. Note that this is based more on the universe than it is the movies themselves.

So, principles of a Star Wars-modeled campaign: 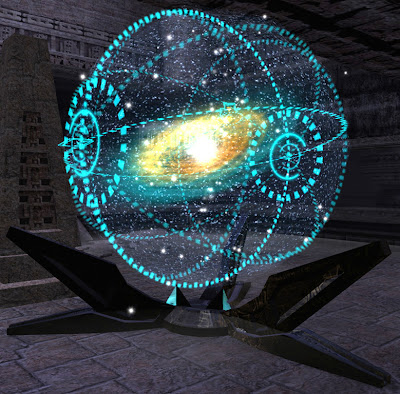 1) The Universe is Known: Some games feature a lot of exploration. This one does not. This actually fits a lot of fantasy campaigns pretty well, from the Forgotten Realms to Warhammer's Old World. The big picture geography is well documented, but one can easily find pockets of "unknown" here and there and some areas are "far too remote" for decent people to care about anyway.

2) Monolithic Stability: Someone is In Charge - of almost everything! Sometimes it's the good guys, sometimes it's the bad, but most of the time most things are controlled mostly by one entity. One of the driving forces of the campaign is to change this.

4) Generations, Lineage, and Legacy: There's a lot of attention paid to redemption and revenge. Characters may have intertwined family histories or religious affiliations. Enemies may be related as well. There is a little more demanded of the players here when it comes to linking up their characters than in a typical D&D game but hopefully that's what they are looking for. There is plenty of room for diversity in character types, they just need to have some connections. This game will spend a fair amount of time on relationships, so your role players should love it. For your action junkies - well there is a war on... 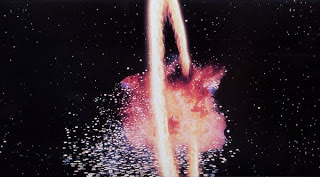 Once again level based games give a nice built-in progress clock for what needs to be happening in the universe. This is another "finite" campaign in many ways, as there is a planned end point for the game (we won! - or-  we lost!), but it has a huge connection to the next one (or the previous one) that makes them almost a continuous campaign.

There's plenty of room for players to control their own destiny within these larger events, even taking control of some of them as high level characters are going to be leaders in a wartime situation without having to ask for it.

Also, it doesn't really matter which side they are on! If they go Old Order heck, give them a chance to stop the change - perhaps only to have their NPC leader turn out to be the biggest threat of all! If they don't manage to make the change (hi Mr. Windu!), well, the survivors get to set the seeds for the next generation to carry on the fight. If they go New Order, well, let's hope they win so they can all retire to desk jobs by the time they become the Old Order again.

Among published settings for D&D, well, Eberron is the direct aftermath of a war, possibly headed for another one, and Greyhawk has had a few too.

I haven't deliberately run a game like this yet but I think it has a lot of potential. I'm laying a little ground work for something like this in my 4E Red Hand of Doom campaign as there is a 4E campaign that follows up on the events of this adventure a generation or more later. I didn't plot it out ahead of time but there is the potential there for the future.
Posted by Blacksteel at 12:00 PM

Dude. Duuude. This. This is awesome.

Seriously, you should make a series of these. I went back and read the old Power Rangers one again and I really think you have an interesting format with which to put forth your insights.

Do Trek! Do Trek! Hmmm, maybe I should do Trek.

Anyway...I find it interesting that while I love the way you laid this one out and it is very much Star Wars, I don't think I've ever really run this type of campaign.

OK, maybe once, kind of, using Star Wars. It isn't really my bag. That said, it could be. It's actually giving me an idea on a great way to run my next big game idea.

Got to go makes notes and think.

Thanks man. I tend to let these percolate for a few days as I write them. Trek is on the way but feel free to do your own - it will be interesting to see another take on it.

The main question I'm answering here, and I should probably put this in these posts, is "how would I structure a campaign to make it feel like X". It does matter - in a Star Wars approach like this the universe is in a way the prize, while in a Power Rangers approach the universe doesn't really matter as much - it's all about the PC's and their enemy with the setting mostly being scenery. With Trek the universe is front and center, almost like a heavily detailed NPC that must be met and befriended but who can still turn on you.

I haven;t run a 1-20/30 campaign using the PR model but my current D&D game is pretty close - it's a struggle against a single main enemy and the PC's have been fighting through his lieutenants and minions and have now met the big guy himself, and coming off in worse shape for it. The finale will be finally defeating him and his allies, very much like a PR season finale. Well, I hope anyway!