Confession: D&D's magic system is not my favorite. It works, and I'm comfortable with it, but there are other games that do a lot more with magic than any edition of D&D. Barking Alien had a post or two on this that sparked a fair amount of discussion and I wanted to expand on some of my comments there.

Magic is one of the distinguishing features of a fantasy game and to me there are two main elements of interest: mechanics and feel. Rather than go into a bunch of theory I'l talk about some specific games.

I'll use D&D as the baseline for my comparison - because it was the baseline for me. Mechanically magic is limited but 100% reliable: spells always go off, magic items always work. There are saving throws, but even then there is often some negative effect applied. At first this was fine but in comparison to to other approaches it doesn't feel especially "magical". It can feel more like science or superpowers at times

Example: a wand of fireballs typically has 50 charges. A 50 charge limitation is not much of a limitation in Champions, and that wand will always work and will always inflict some kind of damage unless you use it on a foe that's highly resistant to fire, specifically.

Now this saves a lot of player aggravation but magic in books and movies is often portrayed as risky business, not an infinitely-repeatable formula. It is also often shown as being draining or tiring to the magic-user - not so in D&D. Magical items are typically rare and wondrous, perhaps a relic of a past age - a wand of fireballs is something a medium level wizard can crank out every month if he wants.

Also in some sources wizardy types are portrayed as having more than just a spell list - they can sense magic, see things others can't see, and know arcane lore that others have no need to know. In the later versions of D&D you can give them some knowledge:arcane type skills but the closes they come to the rest of it is Read Magic and Detect Magic, which mechanically are the same as every other spell. They can't automatically see "magic" or tell that an item is magical just by touching it.

All that said I'm perfectly fine with D&D as-is, because at this point D&D is just expected to work a certain way and the tolerance for change is pretty narrow. Still, sometimes I'm in the mood for a different flavor of magic. 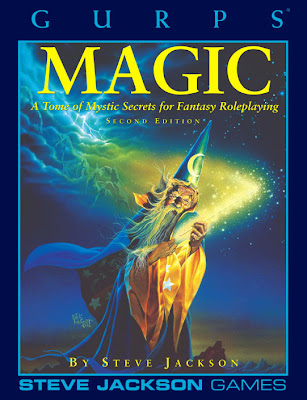 The first system I recall that felt really different to me was GURPS Magic. Now I had been exposed to Fantasy Hero and WFRP 1E before I ever played GURPS but those didn't register the way it did. Here was a system where magic was not going to wipe out an army but had far more utility type effects built in. Spells were learned as a special type of skill which meant even a starting wizard could have many of them and there was a chance they wouldn't work! Casting limits were determined by your skill and by your ability to handle the energy physically - go too far and it started causing fatigue! Go even farther and it could cause serious damage! Mechanically it fit with the rest of the game, and it felt like a completely different approach than D&D - wizards had broader abilities but  less powerful spells at an individual level and it felt much more personal. It also played more like art than science to me. Beyond the general "main" GURPS magic system there was room for different approaches such as Unlimited Mana. Magic items were also less powerful and less common than in most D&D campaigns. 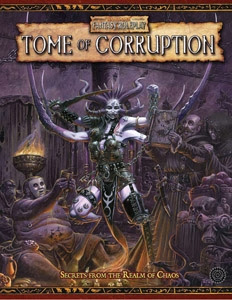 Warhammer FRP, second edition, coming years later, had another great system. In Warhammer magic is inherently dangerous, tapping in to the power of chaos which has temptations similar to that of the Dark Side, and far more corrupting to those who succumb. It is tolerated as a necessary tool to fight the real threats coming from Chaos directly but it is not sure and not safe.In this system skill and experience help but there is always a chance that the winds of magic (flowing from the chaos wastes at the north and south poles of the world) will blow the wrong way at the wrong time and bad things will happen. Smaller effects are fairly safe but screwing up something big can result in anything from a physical mutation to daemonic possession. It's a "grim world of perilous adventure" and the magic system feels like it springs directly from that world.

Sure, there's a chance your wizard may go insane but there's enough mind-bending stuff in the world that everyone else has a pretty good chance of losing it too if they go poking into ruins and tomes of forbidden lore. They might also end up maimed, mutated, or dead as well so the risks are a part of the lifestyle. It's a pretty fair cross between D&D and Call of Cthulu. Notably, magic items are closer to D&D style - most are potent and many are permanent, though you're not going to be cranking out magic swords or fireball wands in this game.

Beyond the mechanics there is a lot of atmosphere tied to magic as well - much of it is secret, there is always more to learn, and there is a price for learning it too quickly. Plus if word gets out that a PC is delving too deeply into the secrets of chaos it's a pretty good bet there will be witchunters on his trail, something unlikely to happen to magic types in most other fantasy games. 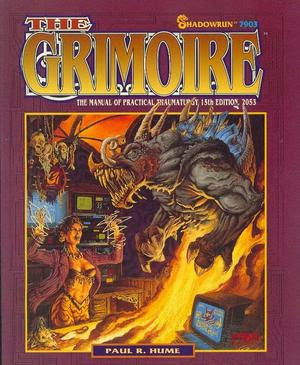 Finally the other game I wanted to mention came out in between those first two - Shadowrun. Playing a magic type in Shadowrun feels more complete than any other game I have played.  Sure, they know spells, and they are often quite potent, but they are so much more. Summoning elementals or spirits is built right in to the mechanics and explained very well in the "fluff". Basic spellcasting works about like a skill and is not a sure thing all of the time. Casters have to resist fatigue similar to GURPS and can push themselves into taking physical damage if they go to far. They can create temporary magical effects tied to an item. They can use items as a focus to increase their casting power. There are permanent items but the powerful ones are fairly rare and typically only good to the magically aware.

Spirits are a big part of the game and are far more than meatshields. Summoning a spirit lets you use them for that of course, but they can also be asked to perform various services, used for combat effects (like armor),  or even be used to power spells! The whole spirit/elemental subsystem is very well done and makes it feel like an integral part of how magic works.

The biggest differentiation for me though is astral space. Being magically active automatically ties you to the astral plane. You can feel magic and if you "asense" you can see into the astral plane and see what a magical person/place/object is and gain some information about them. You can see a spell or a spirit coming. If seeing isn't enough you can fully shift over to the astral plane, basically moving to another layer of reality to deal with threats that way. It's a cool concept and it works well within the game and it feels "right" for what mages are about in this universe. Mages are aware of and vulnerable/exposed to things that mundanes never have to deal with, and it makes the whole system something special.

There are other little touches as well - centering, initiation, lodges, totems, "background count", and all of the little things that mages can dig into.

And that's only one type of character in the game! 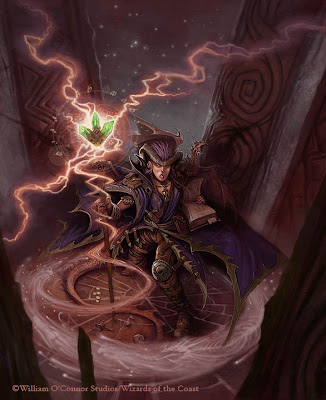 Getting back to D&D, I have mostly played clerics in my limited playing time, and for them I think the D&D system works just fine - calling on your personal relationship with a deity to power magical effects, well, it should be pretty reliable. For wizard types though I lean more towards introducing some risks and that's probably why I favor the Wild Mage. They were big in second edition and there was some crazy stuff they could pull off (and some horrible accidents too). I think there was a prestige class for them in 3E but I never saw one in play and that seems like a reduction anyway - let me play it from 1st level! They came back in 4E as a type of sorcerer and while not as over the top as the 2E versions they still have that random element that I enjoy so much. I hope they will make a return in some expansion for Next to help keep things lively. It's not always about mechanics, sometimes it's just about feel.

Shadowrun -- around the second edition -- has my favourite magic system. As you say, it's comprehensive and robust and it all makes a sort of sense. Were it not for the game's unique mechanics I'd import the magic system into every game I run.

I'm also fond of WFRP2's magic system, with that ever-present chance of everything going wrong.

Have you checked out the Dungeon Crawl Classics system. It does alot of what u are seeking in that it has a very D&D feel ( old school) with a new approach to doing magic. Magic Users can draw off their ability scores to be more affective against magic and also risk corruption ( which is bad) Clerics can cast as many times as they want from their spell list, but if they make a bad roll, they risk pissing off their deity and getting a disfavor. Also while there are a limited number of spells per level, each spell has a range of effects depending on how high a roll you make. This also makes the rule book very thick. There is also rules for calling upon patron entities ( kind of like Elric calling upon the elemental deities) I rather like the system very much .

I was a big fan of Goodman's DCC's when I was running 3E - I have at least 20 of them and ran most during that time, including one TPK.

The RPG though ... is in the same boat as the newer edition of Hackmaster: the old school attitude is there but the mechanics are different enough from D&D that it weakens my interest. I looked at some of the Beta stuff for it and it didn't really float my boat. I might have to give it another chance though since what you're describing is up my alley.

You and I share some kind of psychic wavelength or something.

I am working on I post that you might find very interesting. There is also the chance that you will read it and want to send hordes of viscious monsters to destroy me.

Which will it be? Ooh, the suspense is killing me!